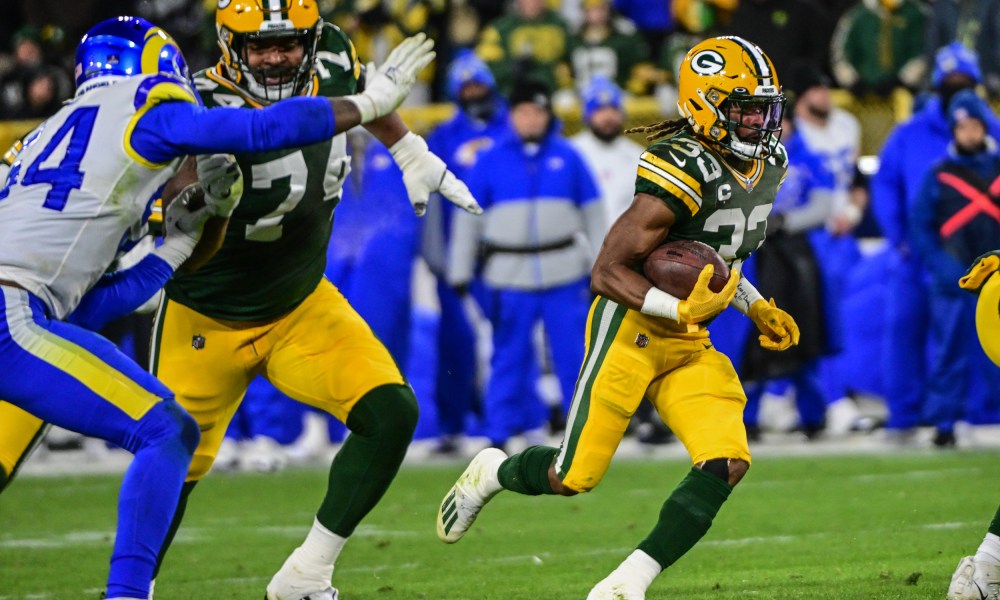 Aaron Jones finished the game against the Rams with 90 rushing yards, which helped lead the Packers to a 24-12 win. Jones currently has 5,100 career rushing, surpassing Brockington’s 5,024.

Ahman Green currently holds the record for most rushing yards in Packers history with 8,322 while Jim Taylor ranks second with 8,207. Jones still has a long way to go if he wants to catch these two legendary running backs.

Not only has Jones been an asset for the Packers rushing attack, but he’s also been a valuable member for Aaron Rodgers in the passing game. Against the Rams, Jones had 36 receiving yards and a touchdown on four catches. In 2022, Jones has 364 total receiving yards, which places him eighth among running backs. He actually has more receiving touchdowns (5) than rushing touchdowns (2) this season.

The road to the playoffs will not be easy for the Packers. They must win their final three games, and get some help from other teams in the NFC. However, if Jones continues to have performances like he did on Monday, he will give Green Bay a fighting chance.