When the season started Packers’ QB Aaron Rodgers talked about his frustrations with the young wide receivers. The Packers only have a select few veterans at the position. Those names include Randall Cobb, Allen Lazard, Robert Tonyan, and Sammy Watkins.

Recently the Packers have been struggling in the passing game. Two of the biggest issues have been dropped passes and injuries.  Recently Allen Lazard has been fighting a shoulder injury but returned to practice on Wednesday. Lazard leads the team in receiving yards with 340.  Cobb suffered an ankle sprain injury in Week 6 against the New York Jets. Sammy Watkins has not been able to produce much, or stay on the field due to a hamstring injury after facing the Bears in Week 2.

Romeo Doubs, Christian Watson, and Samori Toure are the newest members of the Packer’s wide receiving corps. Doubs is starting to show flashes as a star pass catcher. Watson was sidelined in Week 8 but is filling in when his name has been called. Toure had an impressive outing vs the Bills. 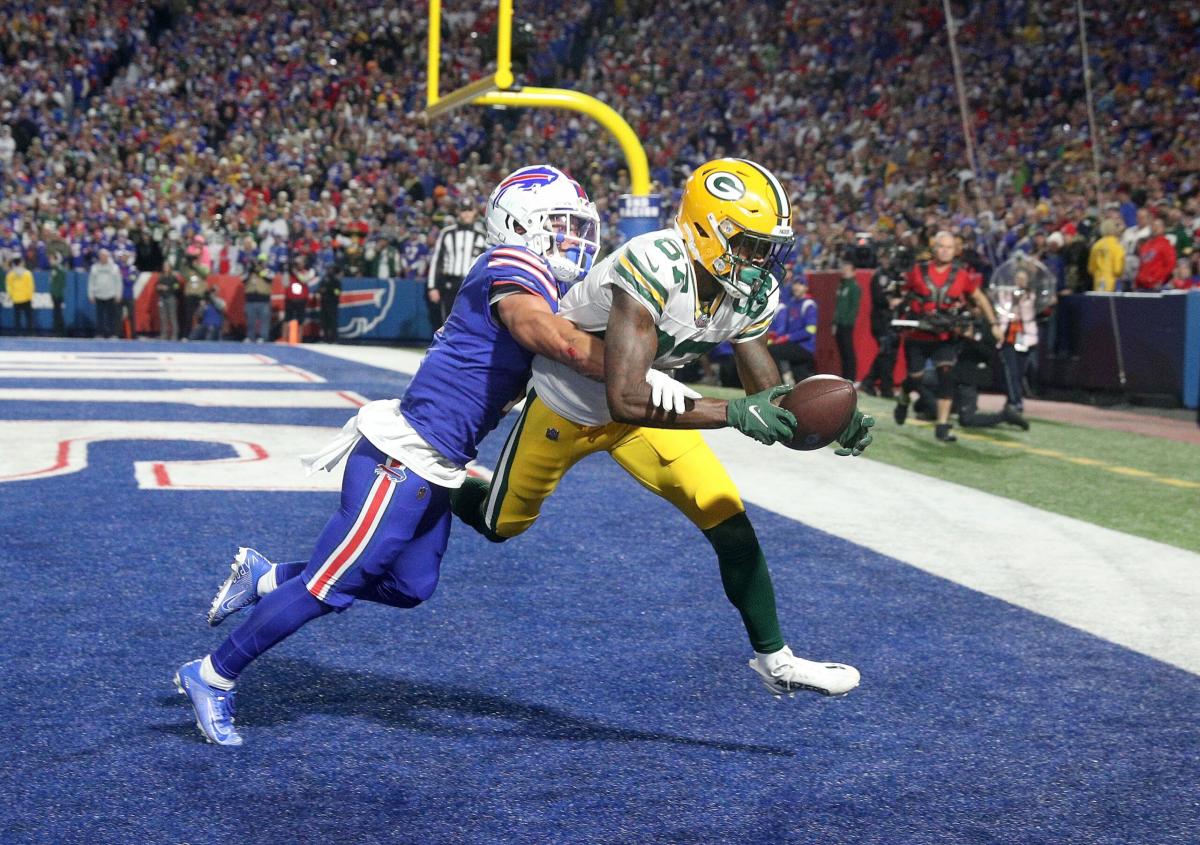 Aaron Rodgers called out his young receivers saying “We’ve got to be way more consistent” when they would drop passes or run bad routes before the season started. Now Rodgers is giving his rookie wide receivers nicknames to keep them motivated and practice harder before games.

In training camp before Week 1, one of the rookie receivers that dropped passes or did not practice hard enough was Samori Toure. He has not seen the field much during his first year with the Packers. Through 8 games, he only has 2 catches for 41 yards and one touchdown. According to the Packers quarterback, that nickname was legitimate in the beginning.

"I don’t think he really appreciated that nickname … But it’s gone from a nickname that was legitimate to more of a joke now because his practice habits have really picked up."

It is good to know that the Packers’ rookie wideout has been practicing harder. Toure did catch a touchdown pass against Buffalo for 37 yards. Fans have been wanting to see him get more playing time since the veterans are struggling with injuries. Hopefully, that score will give him more confidence, and show Rodgers that #83 can be a reliable target in the future.