The Green Bay Packers have less than a week to trim their roster from 80 players to 53. Some players that were expected to be on the team were already cut, traded, or put on season ending IR. For example, Josh Jackson and Ka’dar Hollman, two players from last season’s 53-man roster, have been traded. Kamal Martin, a fifth round pick last season, has been released. Devin Funchess will miss his third-straight season, this time due to a hamstring injury. With all of this in mind, we have predicted who we believe will make the Packers’ 53-man roster. In this article, we will focus on offensive players.

For much of the offseason, there was a question as to whether or not Aaron Rodgers would play for the Packers this season. While his future beyond this season is uncertain, there is no doubt that he is all in for this year’s run. Jordan Love, last year’s polarizing first round draft pick, is the backup this season. Tim Boyle, last year’s backup, is now the backup in Detroit.

The presence of Rodgers and Love on this roster is a given. What many people did not expect was the emergence of Kurt Benkert as QB3. Going into camp, no one expected the Packers to carry three quarterbacks this season. However, based on his popularity among fans, his arm talent, and the uncertainty surrounding Rodgers’ future, the Packers will likely keep Benkert on the 53-man roster. 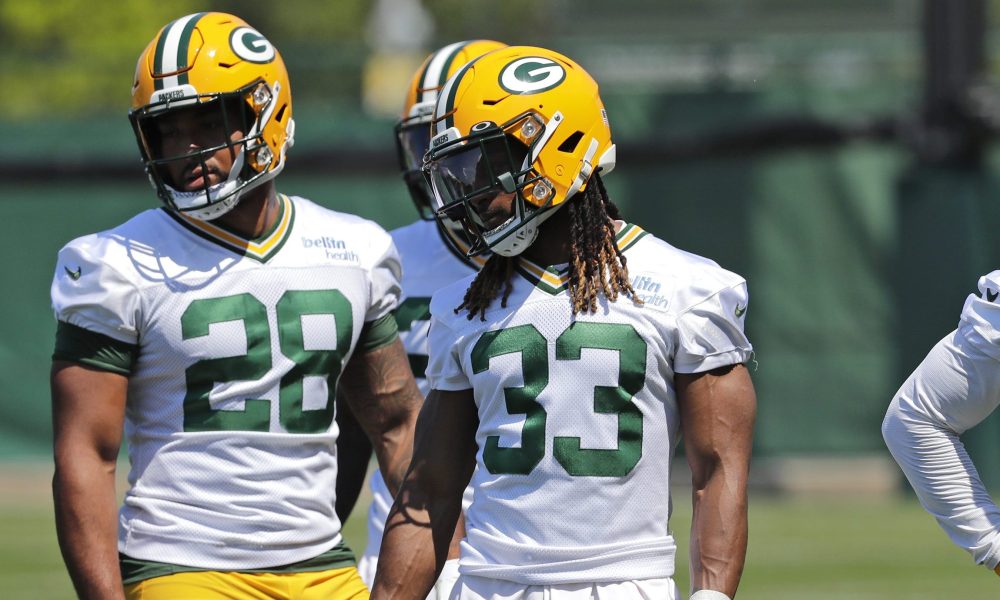 Aaron Jones, the Pro Bowl back with back-to-back 1,000 yard seasons, is the definite starting running back for the Packers this season. AJ Dillon, a second round pick last year, will be the second back after spending last season as third on the depth chart.

Going into training camp, the Packers had five wide receivers who were definite locks for the roster. After all, Davante Adams is a First Team All Pro. MVS and Allen Lazard are productive receivers who are in contract years. Randall Cobb was acquired via trade in an effort to appease Aaron Rodgers and to mentor third round pick Amari Rodgers.

Devin Funchess out for the year. All but seals Malik Taylor’s roster spot. Question is does anyone else make it at WR? https://t.co/IJAXRvuMdW

The major question, therefore, was who the Packers would carry as a sixth wideout. For a hot minute, it seemed that Devin Funchess would be the player to win that job. However, he has recently been put on season-ending IR. Malik Taylor, as a result, has emerged as the favorite to win the job. Taylor played extremely well in the Packers’ preseason game against the Jets. Furthermore, he is one of Green Bay’s best special teams players. For a while now, it has been understood that whichever wideout makes the roster as the sixth option would have to perform well on special teams. Malik Taylor has risen to the occasion and deserves that job. 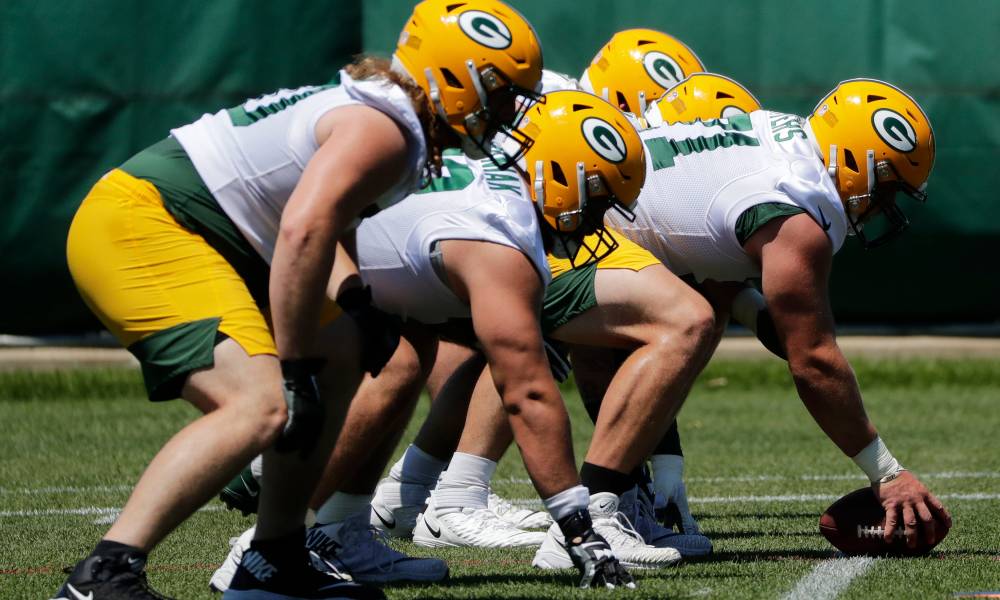 There are no real surprises on this list. David Bakhtiari will miss the first few weeks of the season as he works his way back from a torn ACL. Josh Meyers, the rookie out of Ohio State, is taking over as the starting center. Royce Newman, a rookie as well, has been playing so well that he has been given reps with the starters in practice.

Perhaps the only real question mark on this list is Lucas Patrick. The Packers could save a ton of cap space by trading him. However, depth on the offensive line is vital to any team’s success and no other possible replacement has played as well as him so far. 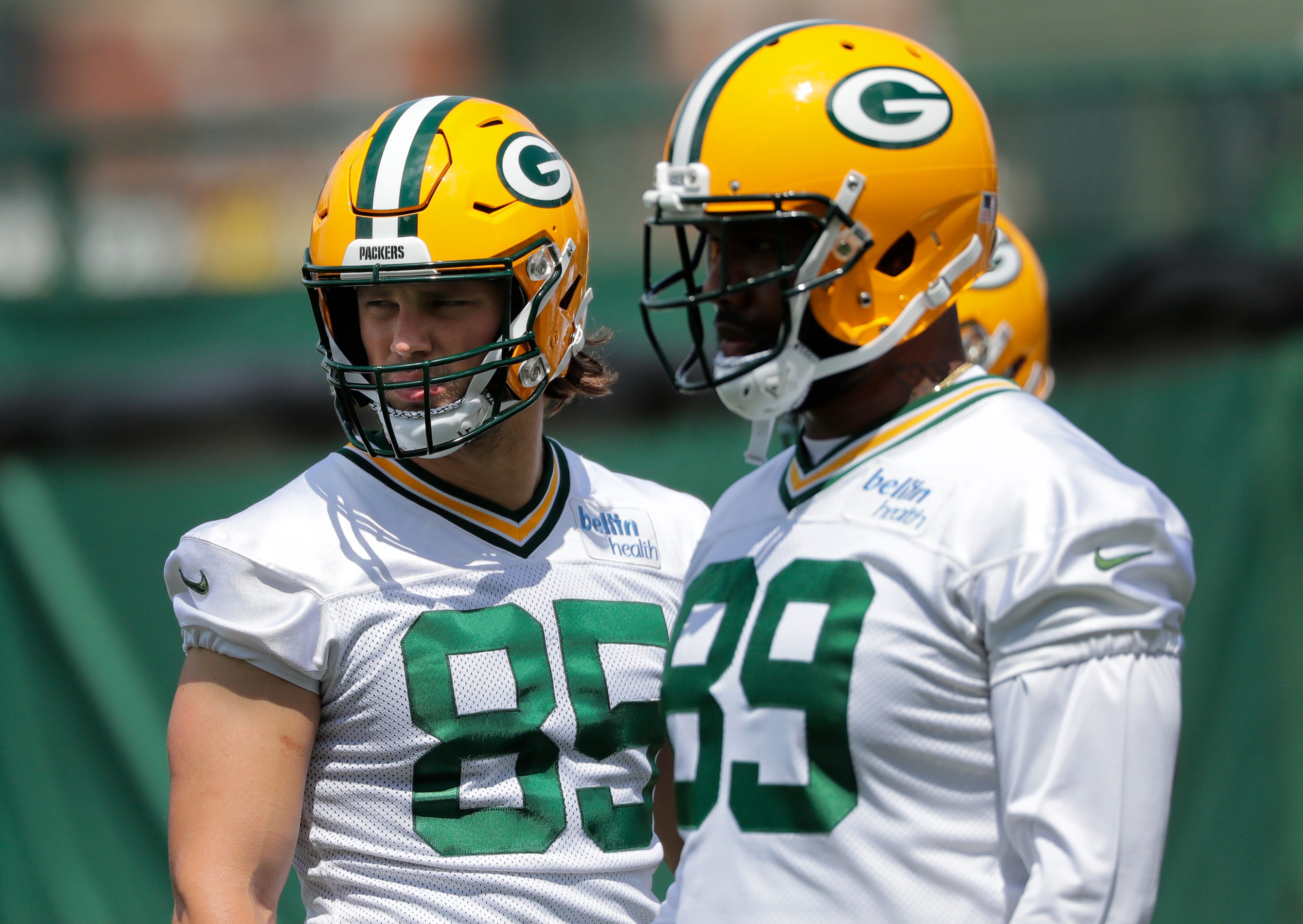 Since Jace Sternberger is suspended for the first two weeks of the season, he does not have a place on the 53-man roster yet. Dominique Dafney has not practiced much due to injury, but played well in limited snaps last season. Additionally, he is a valuable special teams player. Once Sternberger becomes eligible, it will be interesting to see what the Packers do at this position.