Packers Offense Firing On All Cylinders In Training Camp “It’s 1-0 offense”. That’s what Packers QB Aaron Rodgers told his defense after the first day of training camp. Rodgers, and many others, were expecting the offense to have many rough days of practice with the defense winning out most days. However, this has not been the case for the first couple days of practice. The Packers offense is firing on all cylinders in training camp.

The WRs were supposed to struggle. With the loss of Davante Adams experts were predicting that the Packers WRs would not impress anyone. At least in the short term, they were dead wrong. The Packers have gotten spectacular plays from multiple sources. Romeo Doubs has been making a splash with two huge catches. One was a back shoulder TD catch against standout corner Eric Stokes, a throw that shows a lot of trust between the QB and WR. Juwann Winfree, a former practice squad member, caught a great deep ball down the sidelines that drew a big cheer from the crowd. The play of the day was from veteran Allen Lazard. Rodgers threw a deep jump ball towards Lazard. With Amos covering, the ball was tipped and Allen Lazard caught it off of Amos’ leg. It wowed the crowd and fired up the offense.

With the injuries to David Bakhtiari and Elgton Jenkins, the Packers have gotten a chance to experiment with their offensive line. Yosh Nijman played some left tackle the first day of camp but lined up on the right side the next day. Josh Myers is back and getting much needed reps at center. The Packers have a glut of young talent on the offensive line. While this may concern some people, there are a lot of positives. Bakhtiari and Jenkins will be fine when they get back. In training camp, the Packers are cultivating young talent in training camp that will pay off later in the season and in the future. 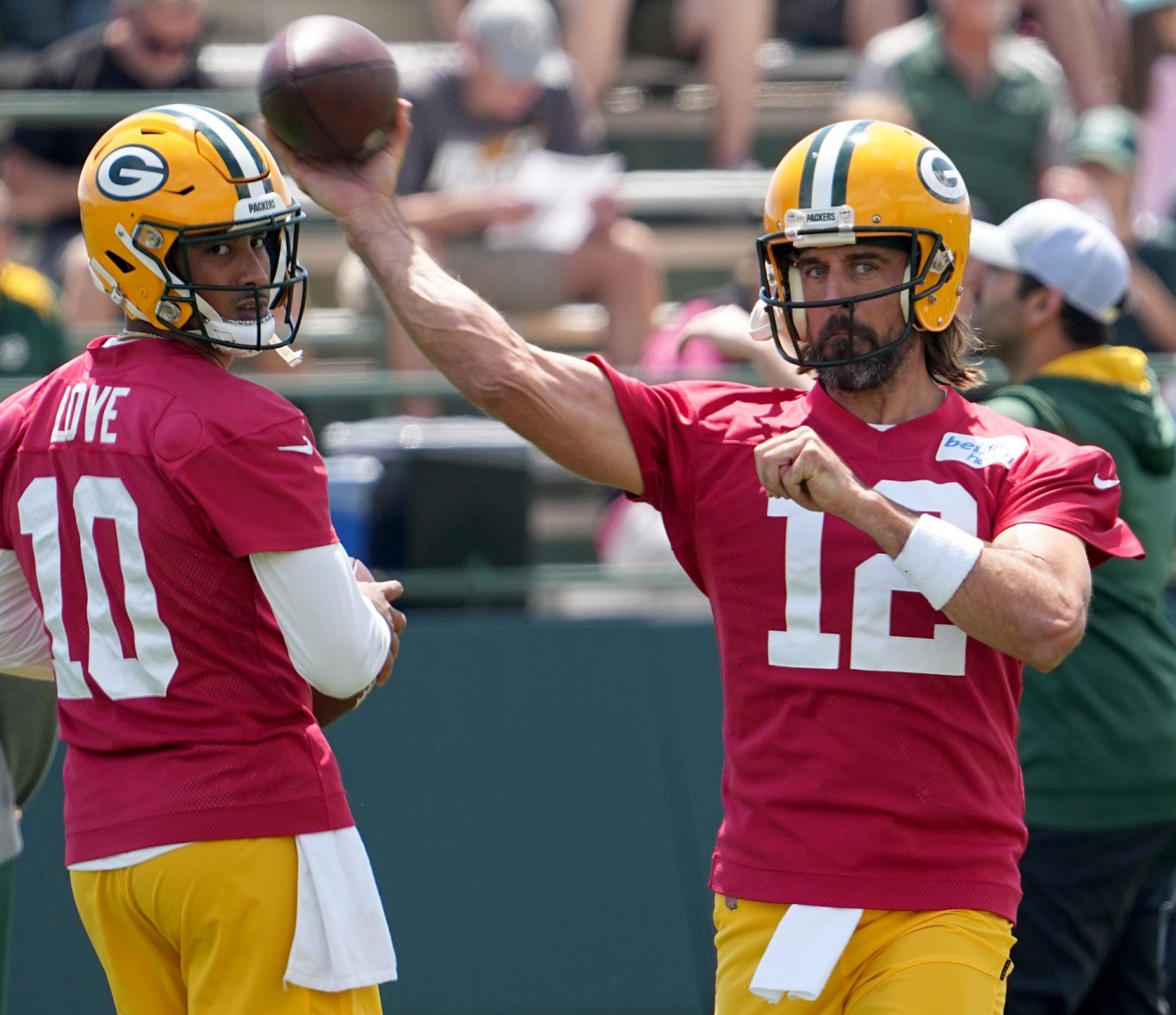 One day is great. Firing on all cylinders in training camp is great. The Packers offense needs to show that they can do this on a regular basis. Looking at the offensive roster, the big issue people saw was the WRs. However, they seem to be overachieving. It is hard to doubt an offense that is led by Rodgers and Matt LaFleur. It will be something to watch as training camp goes on. If the Packers offense can be Packers training camp offense all year, they will be a force to be reckoned with.