The 49ers reportedly had multiple offers to trade Deebo Samuel before and during the 2022 NFL Draft.  General manager John Lynch either decided those offers weren’t enough, or looked at the receiver’s importance and decided against it.  Perhaps a little bit of both.

Samuel remains on the 49ers roster. The Niners do have contractual control this season already, plus two additional years in which they could apply the franchise tag.  However, Samuel has yet to report to any kind of team activities this off-season.  It is still clear he is seeking a new contract.  While there have been some reports of contract talks resuming and the star wide receiver willing to stay in San Francisco, nothing has been reported on any progress.    That said, there’s still the possibility this elongated standoff continues, or another team decides shipping off a lucrative trade package for Samuel will convince Lynch to pull the trigger.

Deebo Samuel to the Chicago Bears? 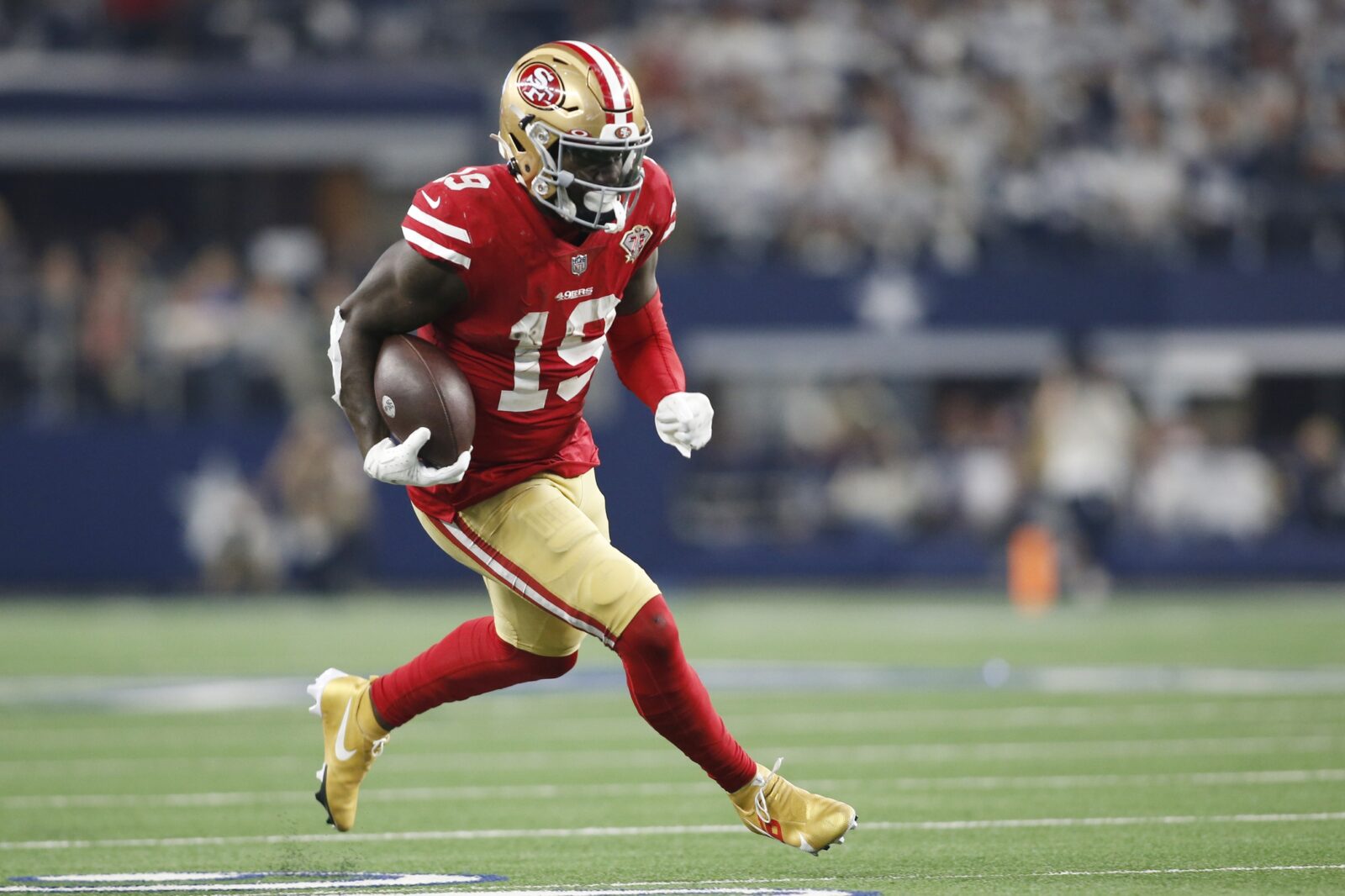 Four premium draft picks would be a steep price for a wide receiver that you would also have to commit a major contract to as well.  However, it is not lost on us that Chicago sent two first-round picks, a third-round pick and a sixth-round pick for Khalil Mack.  This type of trade would not be out of the realm of possibly for that front office.