Just days before the draft it was reported that the Packers were trying to trade for Raiders’ tight end Darren Waller.  That seemed to quickly fall through as no deal got done.  However the this report reenforced the questions that the Packers have at tight end, long term. 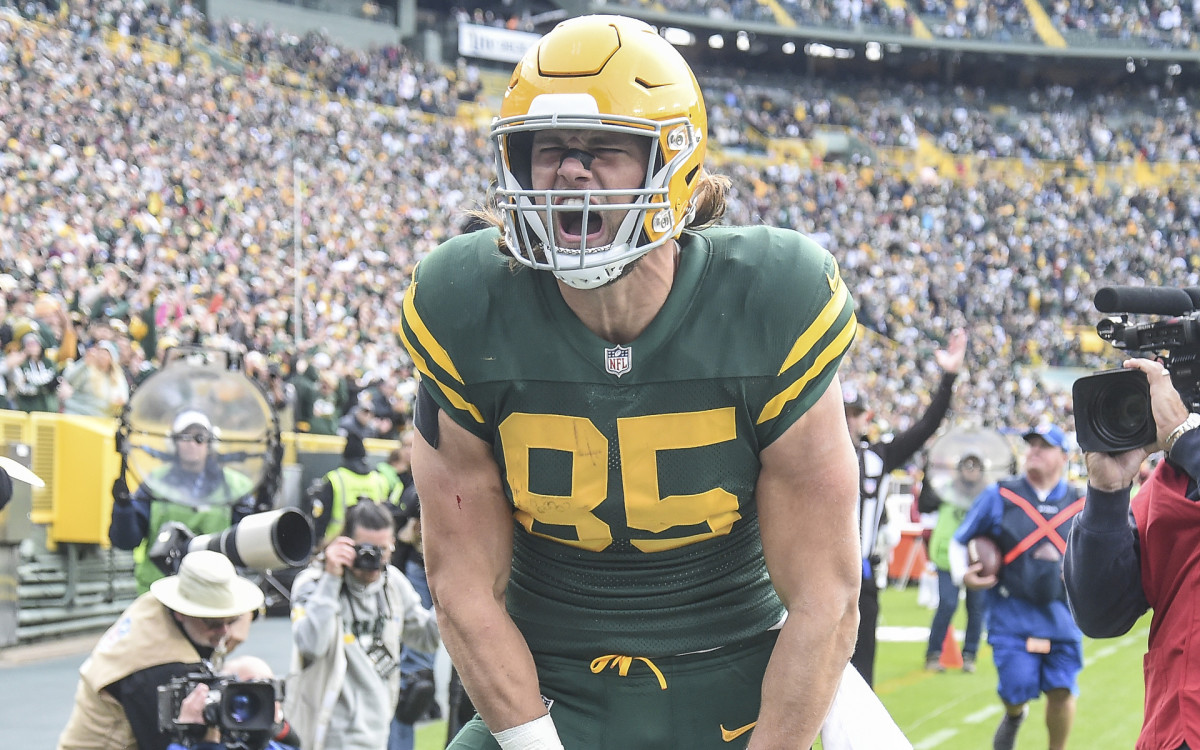 Robert Tonyan was brought back on a one year “prove it” deal after tearing his ACL in 2021.  In 2020 Tonyan had a record breaking year for Green Bay.  He finished with 52 catches and almost 600 receiving yards that year.  However the 11 touchdowns he had in 2020 were the most of any Packers tight end in a season in franchise history.  It was thought he may be the answer going forward after that season.

Unfortunately when Tonyan tore his ACL in week eight of 2021, he had only accumulated 18 catches for 204 yards and 2 scores.  Even with his remarkable 2020 season, this leaves concern for the long-term stability of the position.  Josiah Deguara and Tyler Davis backing up Tonyan are still major question-marks at this point in their career.

Michelle Bruton of Bleacher Report explained the Rudolph-Packers connection, “The Packers and their rivals to the west frequently sign each other’s former players.  In this case, Green Bay has had a front-row seat to scouting the 32-year-old for years.  His knowledge of the Minnesota Vikings’ offense certainly wouldn’t hurt to have.”

Rudolph’s top skills include hands and blocking, so he should be able to remain in the league for a couple of more years. He’s ultra-reliable in the redzone, one of the Vikings favorite targets from the 20-yardline-and-in for many seasons.

Rudolph (6-6, 265 pounds) was selected in the second round of the 2011 NFL draft.  Rudolph went on to spend 10 seasons in Minnesota, earning two Pro Bowl nods. He’s a good blocker but also a talented receiver, catching 479 passes for 4,745 yards and 49 touchdowns in 156 career games.

Rudolph caught 26 passes for 257 yards and one touchdown with the New York Giants last season.  However he saw limited playing time and as inconsistent play at QB as you could get in the NFL. The 32-year-old tight end is likely a candidate to sign a one-year, team-friendly contract.  Green Bay could be that team.