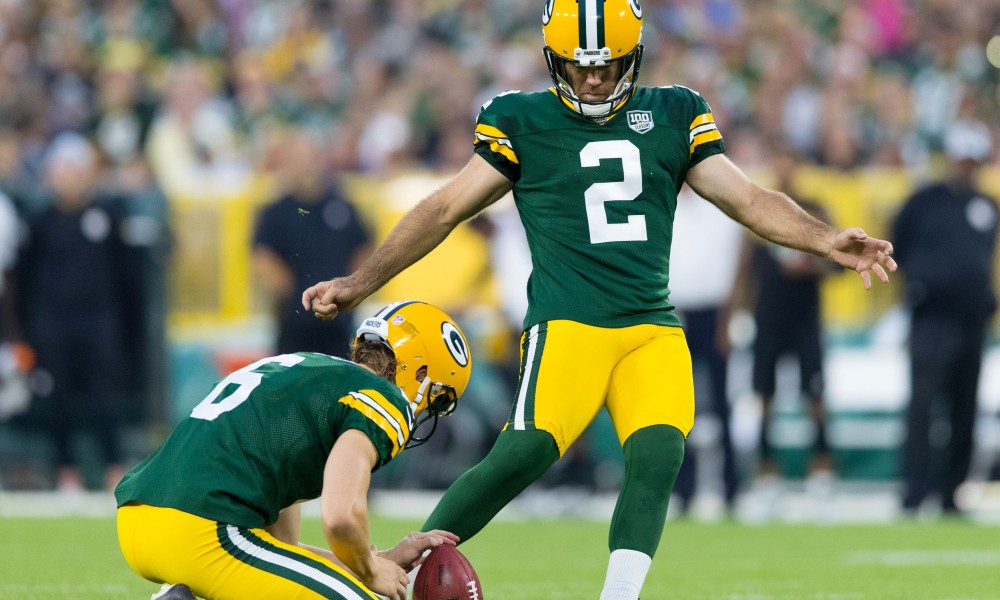 On Monday night against the Los Angeles Rams in the bitter cold, Crosby played in his 255th straight game for Green Bay, tying the record set by Brett Favre. Crosby, now 38 years old, was originally drafted by the Packers in the sixth round of the 2007 NFL Draft. In his rookie year, he even led the NFL in scoring. In addition, he also leads the Packers in all-time scoring.

Crosby spoke to Packers reporter Wes Hodkiewicz about what the record means to him. “Obviously, when you get here, you know that Favre had that run and how tough he was and his longevity,” Crosby said. “You get 10 years in, and it’s like, ‘Alright, I still haven’t missed one. You start kind of chipping away at that and thinking, let’s try to have as many consecutive as possible.”

Throughout his 16 years as a pro, Crosby has built an impressive resume. He’s made 722 extra points, connecting on 97.3 percent of them. And he’s made 385 career field goals, making them 81.2 percent of the time. Crosby currently ranks 12th on the all-time NFL scoring list.

It is uncertain when Crosby will decide to hang up his cleats and call it a career. However, he is in the final year of his contract with the Packers. This could be his final season in the NFL, or it could be his final season in Green Bay. Regardless of what happens to Crosby after this season, he will go down as one of the Packers’ all-time greats.