The Green Bay Packers under Matt LaFleur have had one of the highest performing offenses in the NFL. As a result, Nathaniel Hackett, the Packers’ offensive coordinator under LaFleur, was hired as the next head coach of the Denver Broncos. Clearly, the offensive coaching that has taken place in Green Bay over the past three seasons have led to several coaches getting looks from other teams for their own staffs. With Hackett gone, Coach LaFleur has said that he will promote from within to fill the vacant offensive coordinator position. However, Hackett may not be the last offensive coach to depart this offseason. Here, we will discuss who may be promoted, leave, and how that may affect a certain quarterback situation. 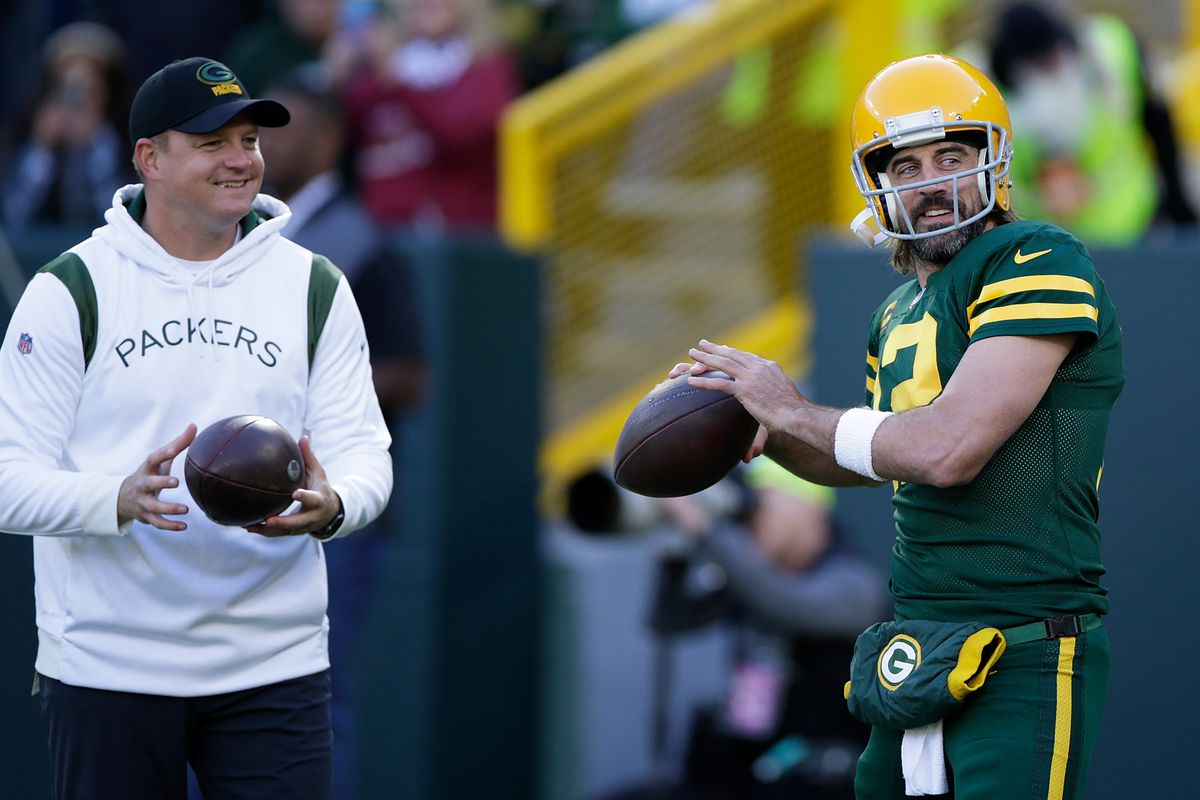 Luke Getsy is going to be a head coach in the NFL someday. It is only a matter of time. Already this offseason, Getsy was interviewed for the Broncos vacancy that was earned by Hackett. Almost immediately, Getsy was one of the coaches predicted to take Hackett’s old role of offensive coordinator. Of course, that would be a great promotion for Getsy, and a stepping stone on his way to becoming a NFL head coach. However, there is just one issue:

Bears coach Matt Eberflus will interview coaches this weekend. Chicago will be open-minded. But a name to watch—Packers pass-game coordinator Luke Getsy. There's a relationship there, and Eberflus could offer Getsy play-calling, which he won't get in GB.

If Luke Getsy were to be the offensive coordinator in Green Bay, he would not get play-calling responsibilities. On the other hand, landing an OC job in Chicago or elsewhere could provide him with play-calling duties. The latter would be a better job for Getsy, and one he would undoubtedly take. That is, of course, unless Matt LaFleur and the Packers make him an offer he absolutely cannot refuse. If they wish to retain Getsy, they almost have to make him the offensive coordinator, but will it be enough? All signs point to “no.” 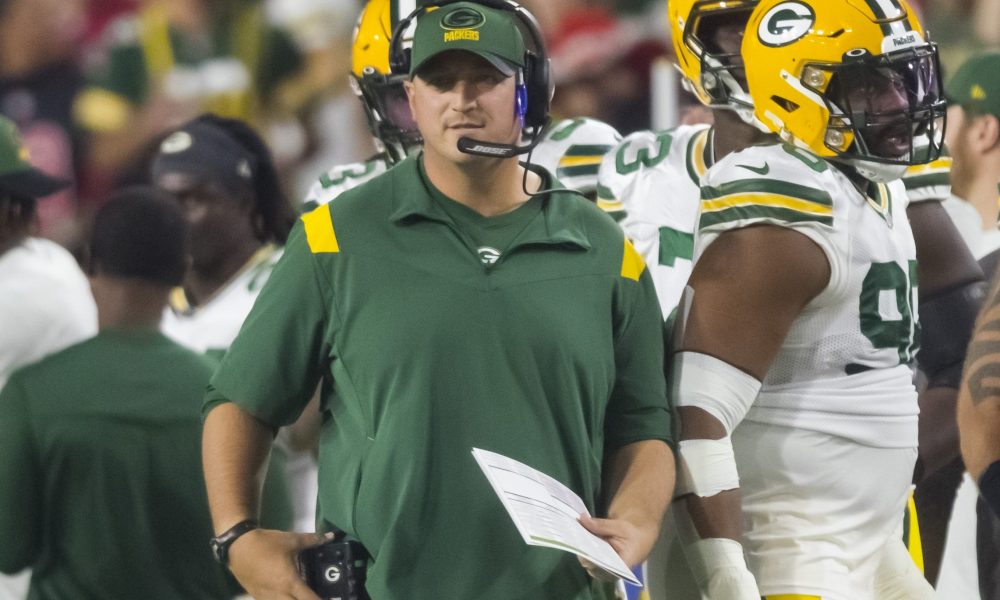 The bottom line is this: the Green Bay Packers cannot afford to lose these two major contributors to their offensive coaching room. Promoting Stenavich to offensive coordinator would help ensure that one of them will stay.

The Packers Could Lose Both Either Way

Of course, Adam Stenavich being promoted to offensive coordinator might not even be enough to keep him. Many analysts and writers are speculating that Nathaniel Hackett might lure him away to coach with him in Denver. Additionally, the Chicago Bears will not be the only team interested in Luke Getsy. As mentioned, any position that offers Getsy play-calling duties could also lure him away from Green Bay. In short, the Packers could go into 2022 having lost three of their top offensive coaches.

The Green Bay Packers, and the NFL world as a whole, will be waiting until March 8 when Aaron Rodgers will announce his future plans on The Pat McAfee Show. It will be interesting to see if the coaching changes will impact his decision at all. Rodgers has stated he has no desire to be part of a rebuild. While Matt LaFleur did state there is a plan in place to retain many of the players, the outlook of the coaching staff is far from certain. Will Rodgers want to return to Green Bay with, basically, new coaches at his position? Only he knows the answer to that question.