Last Monday after a loss to the Chiefs former Packers star Davante Adams shoved a credentialed photographer. By now everyone is aware of the storm that has ensued as a result of this. A week later we are still talking about the shove heard ’round the world.’ NFL fans, players, and hall-of-famers all seem to have an opinion on this situation. Charles Woodson, a Packers legend, took to twitter recently to share his thoughts.

.@nfl @tae15adams deserves NO discipline .. Have a good night

Now Woodson didn’t stop there. A twitter user replied to Woodson saying that Davante Adams does in fact deserve some sort of discipline because it was assault. In addition to his previous tweet Woodson had this to say…

No, it was self defense

Claiming the shove was self-defense is far-fetched to say the least. The shove clearly stemmed from frustration. After the Raiders’ loss to the Chiefs last Sunday, Las Vegas fell to 1-4. On top of that Adams and fellow Raiders’ receiver Hunter Renfrow tripped each other up on a big 4th down play. That play ultimately sealed their defeat. All these emotions from a tough loss, poor record, and botched late-game opportunity boiled over. When the photographer stepped in front of Adams as he was exiting the game… well that was the icing on the cake of Adams’ irritation.

When Push Comes to Shove For Davante Adams’ Future 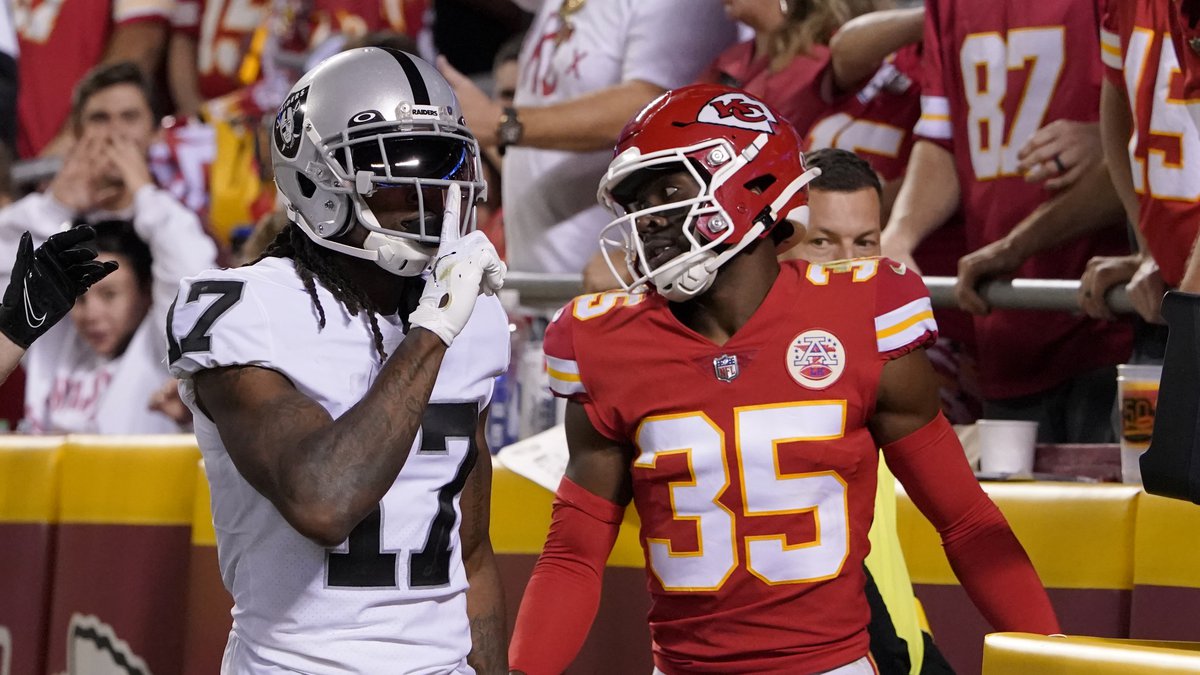 The NFL is still contemplating what their course of action should be. Realistically, this issue will not be solved in the near future. This is according to sources close to the situation according to an Ian Rapoport.  This is because Adams was charged with a city ordinance violation of assault, according to a Kansas City Municipal Court public information insider. Adams has been criminally charged. The citation states that Adams “did, by an intentional, overt act, inflict bodily injury or cause an unlawful offensive contact” on the worker, causing whiplash, and a headache along with a possible concussion. A court date is set for Thursday, November 10. What will the fate of Davante Adams actions be?