The Green Bay Packers are currently without their top two offensive linemen. David Bakhtiari has been out for almost 18 months after tearing his ACL at the end of the 2020 season. Of course, this does not include the few snaps he played in Week 18. Elgton Jenkins tore his own ACL in November of last season. Both players are currently on the PUP list and are not participating in practice. In today’s media session, general manager Brian Gutekunst gave some promising updates about both linemen.

Both Players Have a Chance to Play “Early in the Season” 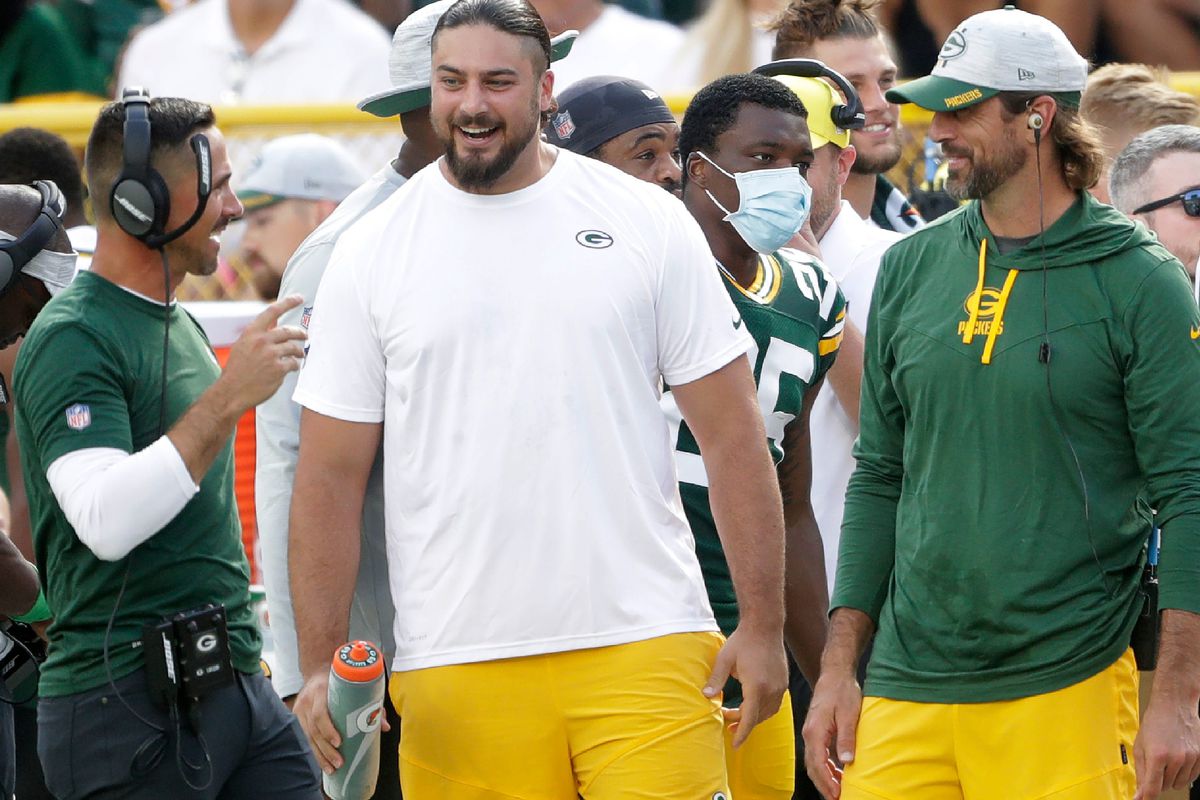 Brian Gutekunst was very optimistic about both David Bakhtiari and Elgton Jenkins in terms of how they are progressing this offseason. He was asked if he believed both players would start the season on the PUP list. Gutekunst, however, was non-committal to that action happening. While he did say that it is possible that they both start the season on the PUP, he also said that there is a good chance both play early in the season.

“They’re both doing very well, both have a shot to play early in the season”

If a player starts the season on the PUP list, they cannot be activated for four weeks after the season begins. With his statements today, Brian Gutekunst is saying there is a chance that both David Bakhtiari and Elgton Jenkins could be back before the Packers’ Week Four matchup against the New England Patriots and October 2.

Of course, the biggest question for Packers fans is regarding the health of David Bakhtiari. He has had a couple setbacks in his rehab and has not returned within the timeframe many originally expected. Bakhtiari did not participate in OTAs and has been working with the rehab group ever since training camp began.

Brian Gutekunst was asked if he believed David Bakhtiari needed to return before the end of training camp in order to get into “football shape.” To that, Gutekunst said it would be “ideal” of Bakhtiari could return, but also said it was “not necessary.”

Brian Gutekunst says it would be "ideal" for David Bakhtiari to return in camp to be ready for Week 1 in Minnesota, but not necessary. He IS NOT resigned to Bakhtiari and Elgton Jenkins starting the season on PUP. Still, both will need a "ramp-up period" to be ready to play.

The full interview can be viewed in the Tweet below, posted by the Green Bay Packers.