The Green Bay Packers are once again playing the waiting game with quarterback Aaron Rodgers. After losing to the San Francisco 49ers in the Divisional Round, Rodgers is taking some time to decide if he wants to return to Green Bay, retire, or request a trade. Head coach Matt LaFleur stated in his most recent press conference that he is hopeful that Rodgers will return. However, the only person who knows what Aaron Rodgers will do is Aaron Rodgers, and even he may not be certain of what he is going to do yet. If Rodgers decides that he wants to retire or be traded, there are a plethora of quarterbacks the Packers could use to replace him in 2022.

Of course, the most obvious choice to replace Aaron Rodgers is Jordan Love. After all, the Green Bay Packers drafted Jordan Love as the apparent replacement of Aaron Rodgers in the 2020 NFL Draft. After spending the 2020 season on the Packers’ practice squad, Love served as Aaron Rodgers’ backup quarterback in 2021. In this role, Love played six games, starting one. By the end of the season, Love had a 58.1% completion percentage, two touchdowns, three interceptions, 411 passing yards, and a 68.7 quarterback rating.

These numbers may not sound great, and they are not. However, they are better than the career numbers Aaron Rodgers had in a similar sample size when the Packers decided to trade away Brett Favre. Read more about how their numbers compare here. 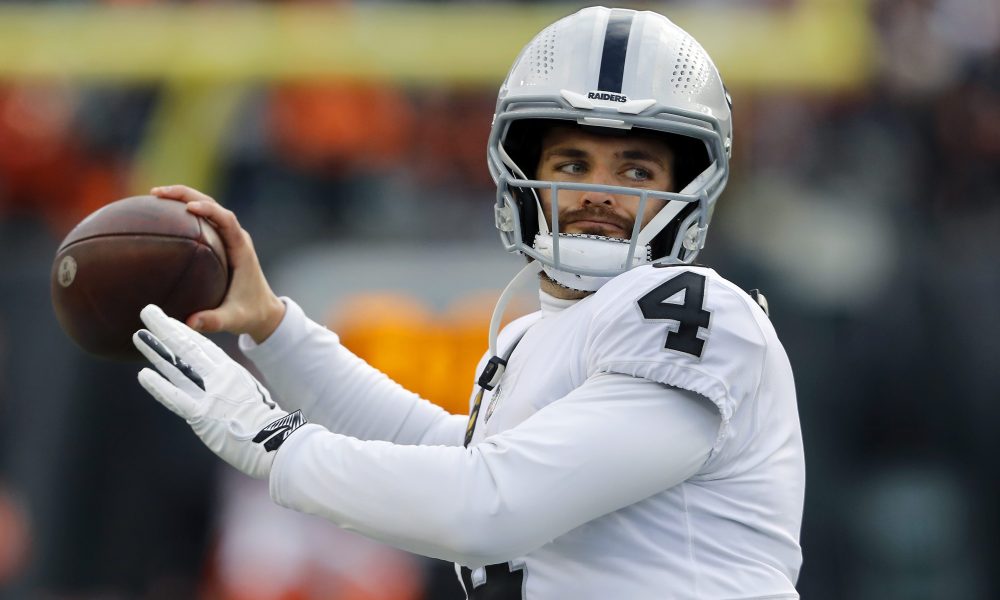 A lot of rumors have been swirling about Davante Adams going to go play with the Las Vegas Raiders and quarterback Derek Carr. Carr was Adams’ quarterback when the two played college ball at Fresno State. However, the Packers could possibly trade Aaron Rodgers (if he asks for a trade) to the Raiders. Why would they do this? Well, to get Davante Adams to re-sign with the Packers, of course.

Davante Adams has stated in the past that he would love to be reunited with Derek Carr someday. Adams has also stated that Aaron Rodgers’ decision regarding a possible return to Green Bay will also affect his decision. If Rodgers decides he wants to leave, trading him for the quarterback Adams played with in college and wants to play with again could convince the All Pro wide receiver to stay.

Derek Carr, like Aaron Rodgers, is entering 2022 in the last year of his contract. The Packers could franchise tag Adams, while allowing Carr to play out the remainder of his contract. In other words, they would give Jordan Love another year to develop while still fielding a competitive team. This past season, Carr had a 68.4% completion percentage, 4,804 passing yards, 23 touchdowns, 14 interceptions, and a quarterback rating of 94.0.

This is not exactly a likely scenario. It may not even be feasible given the large differences in Rodgers’ and Carr’s cap hits.. However, it is an intriguing possibility. 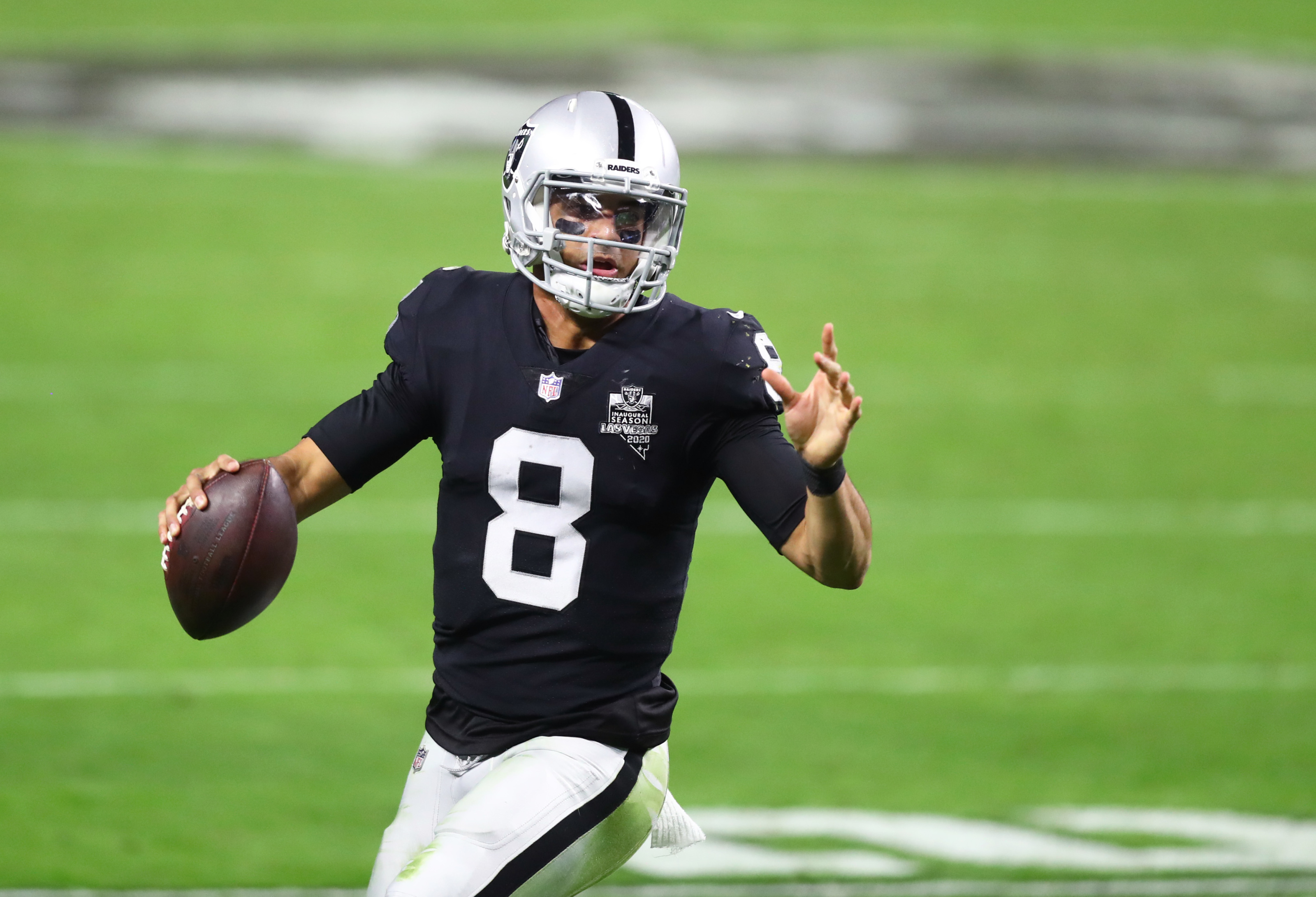 Let’s say that Aaron Rodgers retires and Davante Adams signs with the Las Vegas Raiders. Let’s also say, for some reason, the Packers feel Jordan Love could use another year of development before taking over. After all, Aaron Rodgers sat for three years behind Brett Favre. Perhaps three years will be the magic number of Love, too.

If this is the case, the Packers could possibly attempt to sign Marcus Mariota to a short-term contract. The idea was first present on social media by Benjamin Allbright.

If Aaron Rodgers does leave GB, wouldn't be surprised to see them pursue Marcus Mariota.

The idea of bringing in Marcus Mariota may not sound like the most sensible thing to do. However, there are two solid arguments for why it could work, at least in the short term. First, Mariota played for Matt LaFleur during his days with the Tennessee Titans. Obviously, Mariota is a far different quarterback than Aaron Rodgers or Jordan Love. However, his familiarity with LaFleur and LaFleur’s familiarity with him could present a win-win situation between player and team. Additionally, Mariota is not going to be an expensive option at quarterback. The Packers could sign him for one or two years and save some cap space. 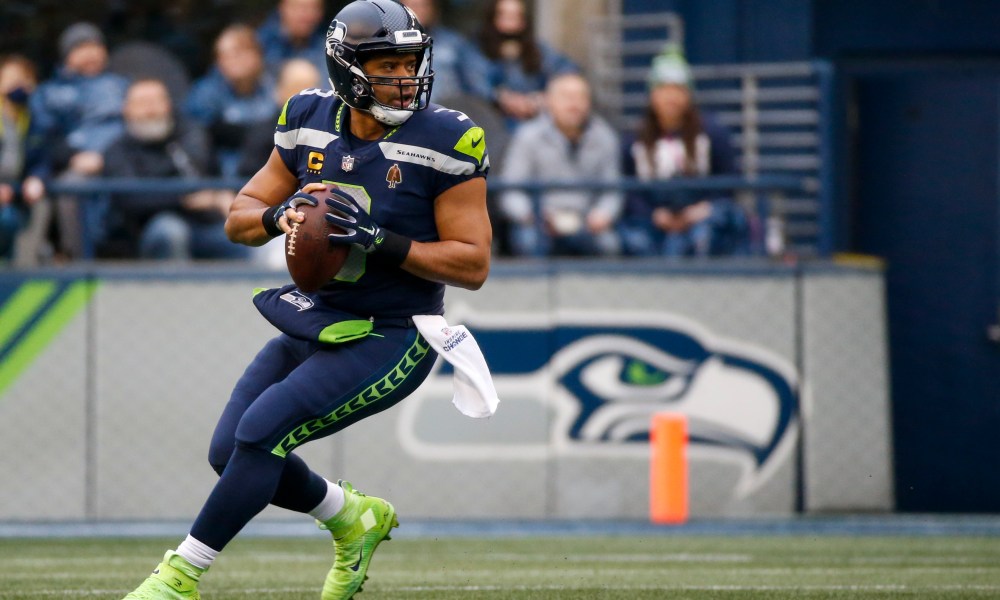 Ever since the dramatic 2020 offseason, there have been pundits who have stated the Green Bay Packers and Seattle Seahawks could swap their starting quarterbacks. Aaron Rodgers’ previous drama with the Packers’ front office is well known. So, too, is the knowledge that Russell Wilson has not been too thrilled with the Seattle Seahawks organization.

A trade of this nature would certainly be groundbreaking. Typically when a star player is traded, multiple draft picks are the typical return. If such a trade were to occur, though, both teams would be able to carry on with star quarterbacks with plenty left in the tank. Of course, neither team may be willing to trade their franchise quarterbacks within the conference. If either is dealt, it will most likely be to an AFC team. 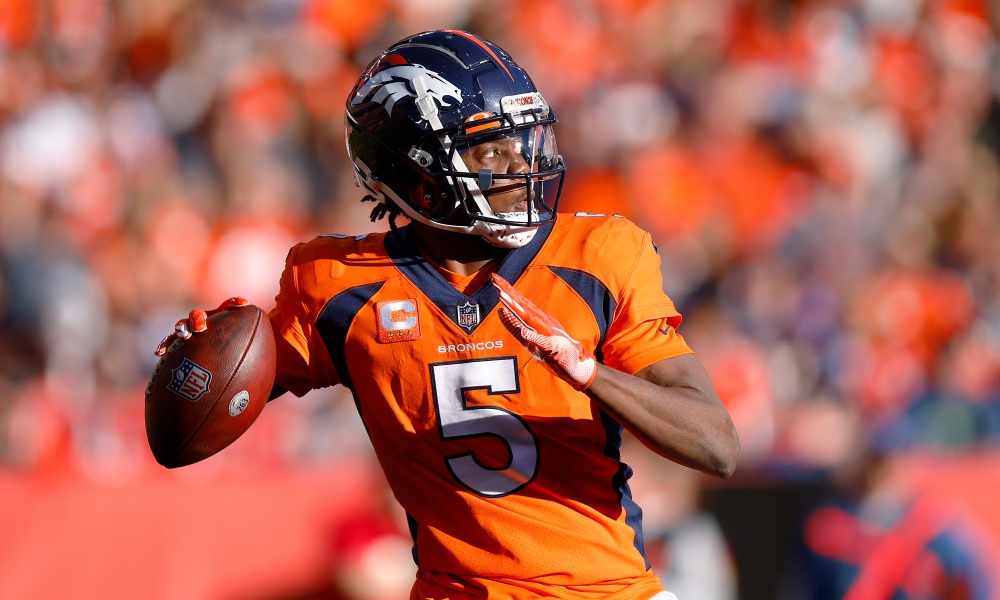 Another inexpensive free agent quarterback the Green Bay Packers could target is journeyman Teddy Bridgewater. The former Pro Bowl quarterback passed for a career-high 18 touchdowns and had a quarterback rating of 94.9 this past season. Is he as good as Aaron Rodgers? Definitely not. However, if the Packers decide that Jordan Love needs another year of development, signing Bridgewater to a short-term deal would not be the worst idea. After all, Bridgewater was 7-7 as a starter for the Denver Broncos, who would have been much worse without him.

Last season, Bridgewater made $4.4 million with the Broncos. It stands to reason he may get a raise wherever he plays next, but it certainly will not be for massive money. The cap conscious Packers would be able to sign Bridgewater while still re-sign the free agents they need to in order to field a competitive team.