Packers Fans React To Bold Decision That Backfired On Commanders The Green Bay Packers needed a few things to work in their favor in Week 17 to have a shot at the final NFC playoff spot. Green Bay fans were keeping a close eye on the Commanders, Giants, Lions and Seahawks on Sunday to see how the Packers playoff odds would be impacted.

The Packers took care of business against the Minnesota Vikings in a 41-17 rout, which made their path to the playoffs much easier. However, a decision made by Washington Commanders’ head coach Ron Rivera ended up working in the Packers favor. 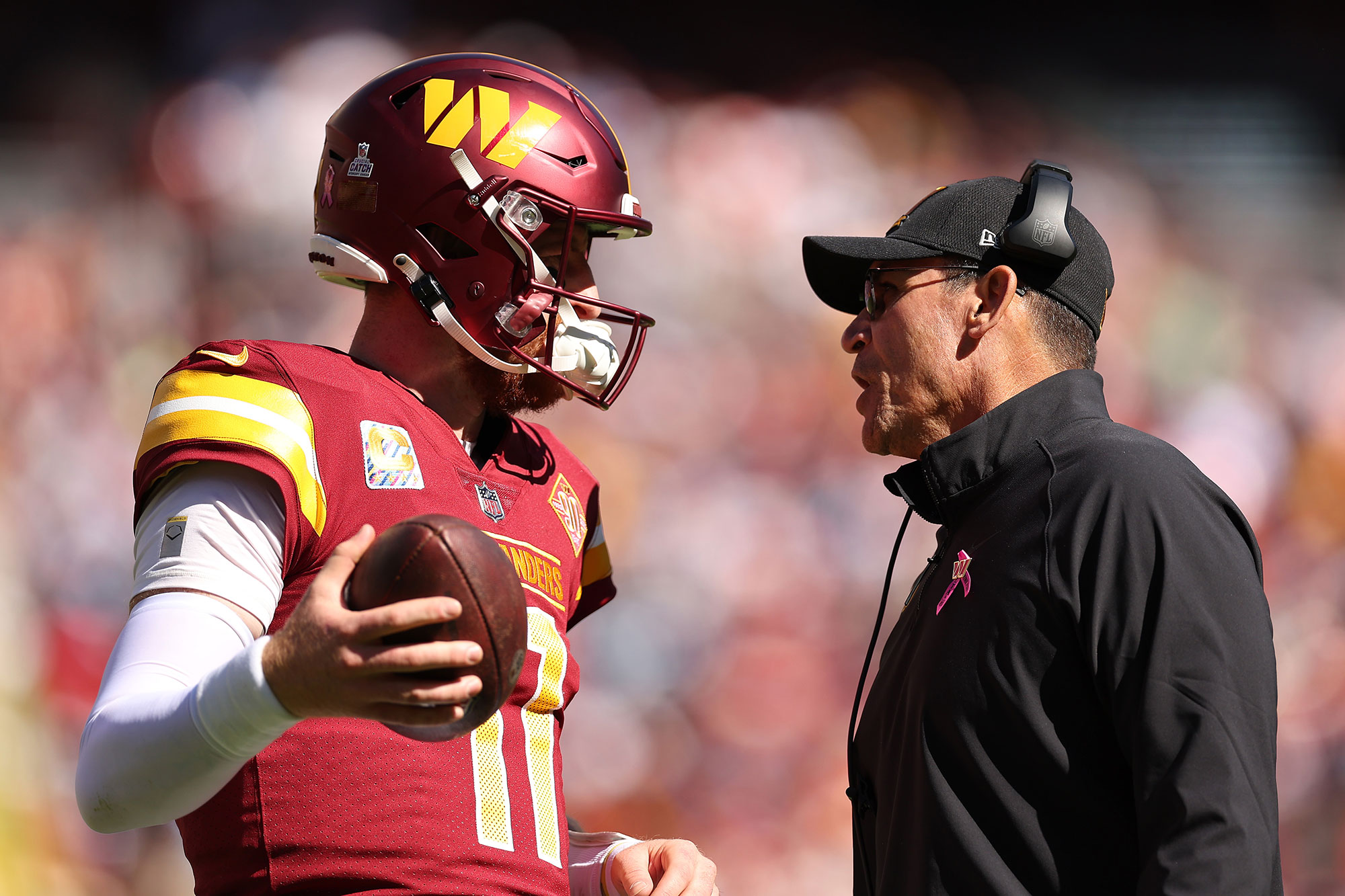 Prior to the Commanders’ game against the Browns, Rivera announced that Carson Wentz would be the starting quarterback. Wentz started Washington’s first six games of the season — the Commanders went 2-4 in those contests — but was sidelined after fracturing his finger on his throwing hand in Week 6.

Taylor Henike has been the Commanders’ starting QB since Wentz went down with an injury. Heinke has been a solid replacement, going 5-3-1, however, he hasn’t won a game in his last three starts. After the Commanders’ rough patch, and with their season on the line, Rivera made the bold switch.

The decision backfired. Wentz had a bad game to put it lightly. He went 16 of 28 passing for 143 yards, throwing three interceptions and no touchdowns.  Washington lost 24-10, and are now officially eliminated from the playoffs.

Packers fans took to Twitter to thank Wentz for his three interception performance.

As a @Packers fan, I just wanna say: Thank You Carson Wentz!

@packers fans, we should donate to a charity of choice for @cj_wentz. Thank you, Carson.

Thank you for being you.

From a packers fan, thank you for starting Carson Wentz @PFTCommenter

Nobody knows what the result would have been if Henike started instead of Wentz. However, the loss provided a huge boost to the Packers’ playoff odds. If Green Bay wins their Week 18 home game against the Lions, they will clinch a playoff spot.