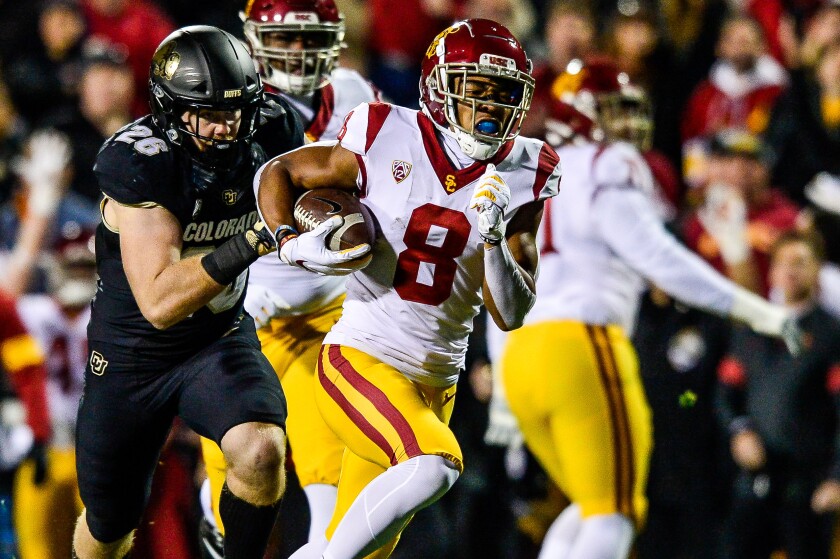 Had Three Good Years at USC

Amon-Ra St. Brown time at USC was indeed really productive. His best year was his sophmore year as he had over 1000 yards receiving. In 2020 St. Browns numbers were not too big, but also has to be taken that USC only had six games this year. In those six games of the 2020 season he had seven touchdowns which is really impressive for basically a COVID riddled season. St. Browns best game came against Washington State in where he caught four touchdowns in USC’s blowout win. He also was elected team captain in 2020 showing how much of a leadership he provided for the team. With his productive three seasons at USC Amon-Ra St. Brown will be a interesting prospect in the draft.

In his time at USC Amon-Ra St. Brown played mostly in the slot position and that seems to be his strength. Furthermore in 2020 he did lineup on the outside on some plays, but certainly the slot is where he needs to be in the NFL. His size was on display as he able to snatch the 50/50 balls in the air. He is not a big break away speed type of guy and won’t really outrun defenders, but can make the tough catches. Also what is really impressive is his run blocking not afraid to get his hands dirty. His skillset can be unleashed in the NFL, although he needs to be in the right offense and system that will set him up for success. Amon-Ra St. Brown certainly has the potential to be a dominant slot receiver in the NFL. 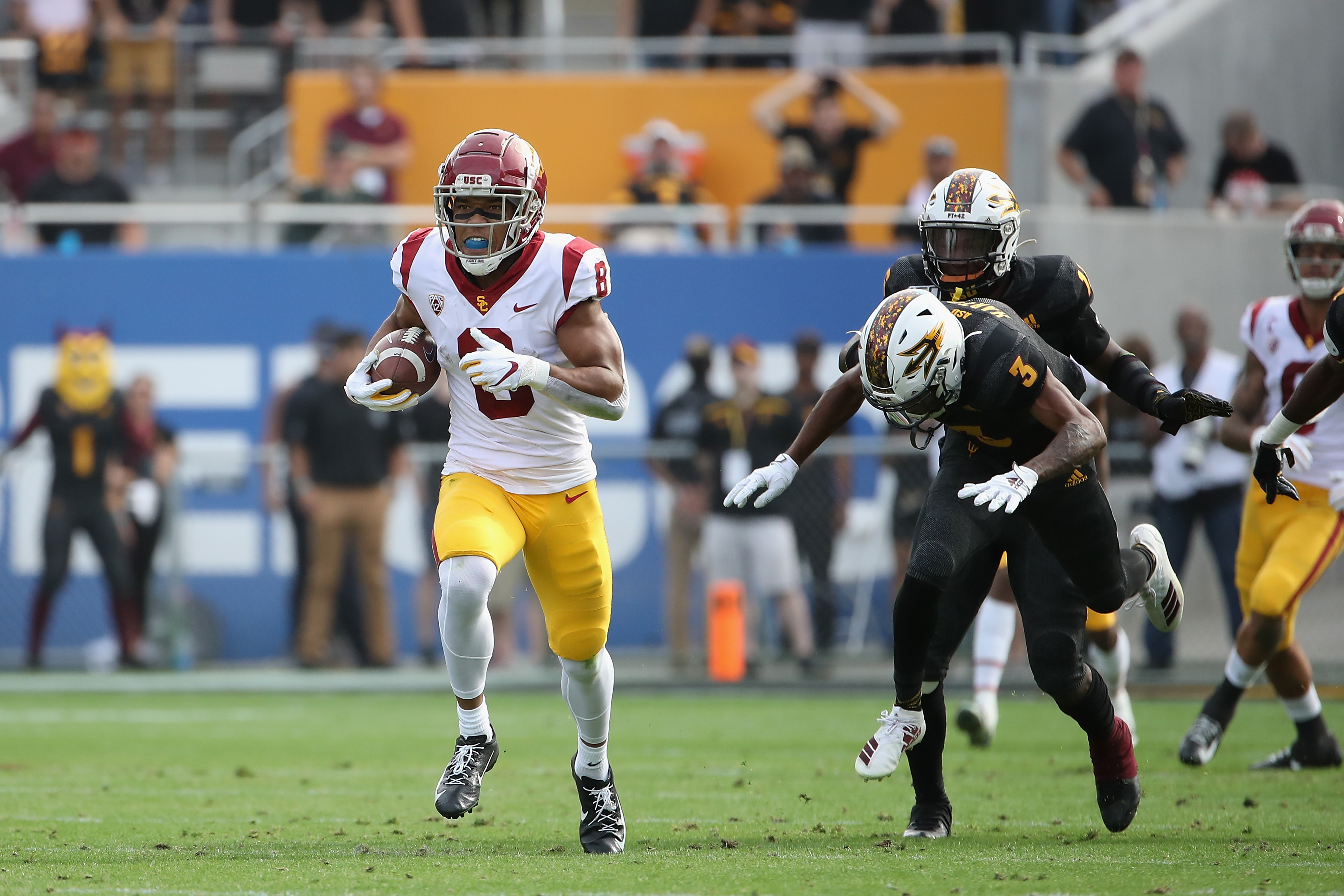 First and foremost Amon-Ra St. Brown will for sure play with his brother Equanimeous St. Brown on the Packers. He is a big receiver in which the Packers and Matt Lafleur love to have in this offense. You have to be a good run blocker when it comes to the Packers offense something Amon does really well. He will provide the Packers a true slot receiver a hole the Packers have not filled for a number of years.  He could challenge his own brother for playing time in the slot position and would be a nice sibling battle. He will be a prospect the Packers should really keep their eye as he can be a true weapon for them. 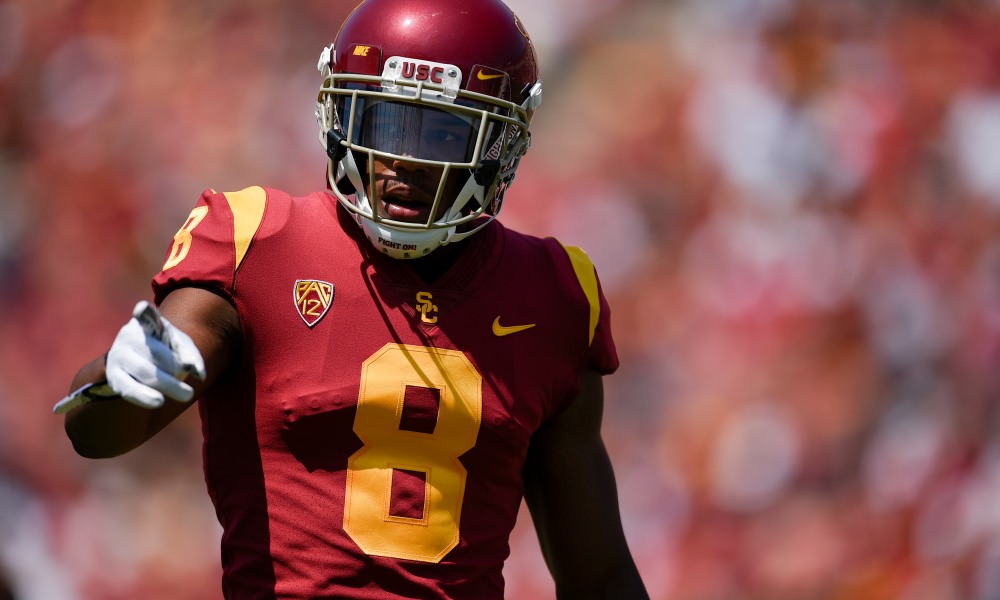 Will the Packers Draft Him

Amon-Ra St. Brown would be a huge reach in the first round for the Packers who hold the 29th pick. On the other hand who knows maybe he might be high on the Packers draft board. Remember in the 2020 NFL draft Brian Gutekunst was reaching for most of the players he got like Jordan Love and AJ Dillon. The Packers should not really be considering drafting him in the first round as their should better players on the board still at or trade back. Now on day two or three he is definitely worth taking.  Bringing him to the Packers is a high possibility if he falls to a certain spot in the draft. Amon-Ra St. Brown could really be a interesting choice for the Packers come draft day. Will they take him we will see in the draft