“We have to get one of these at home,” was the phrase that Aaron Rodgers said to then wide receiver Jordy Nelson a few years ago.  He was referencing the NFC Championship Game.  With Sunday’s victory over the Bears, the Packers now have the potential to ensure that Rodgers will play an NFC Championship at home for the first time in his career. 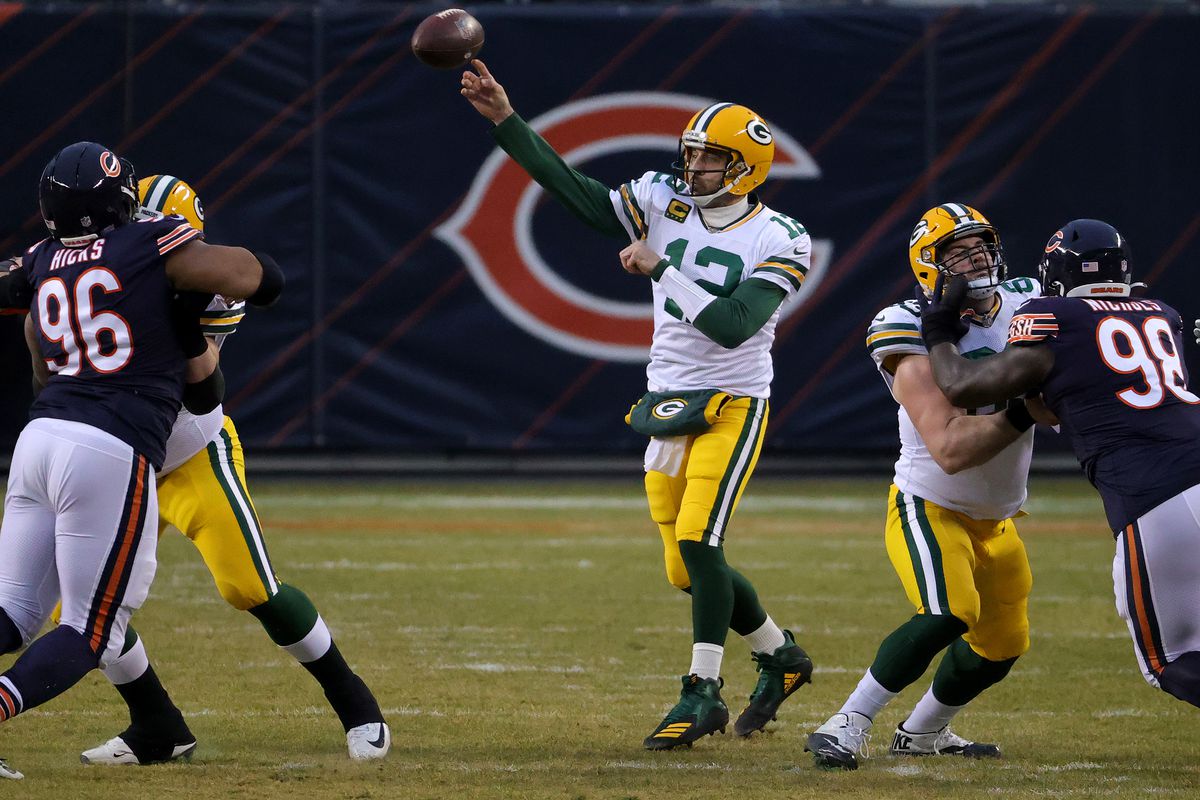 After being shutout in the first quarter, the Packers’ offense continued its season-long dominance in the second quarter.  Five seconds into the second quarter, Rodgers connected with tight end Robert Tonyan, tying the score at 7-7.  Following a Bears’ field goal, Rodgers threw a perfect 72-yard touchdown pass to Marquez Valdes-Scantling.  This gave the Packers a 14-10 lead, and they would not trail again.  With under four minutes left in the quarter, Rodgers threw his third touchdown pass to tight end (or as John Kuhn said, full back) Dominique Dafney.

The Packers’ offense was shutout once again in the third quarter, but the defense held the Bears to just a field goal in the period.  The score stood at 21-16 at the beginning of the fourth quarter.  Aaron Jones punched in his ninth rushing touchdown of the season to make it 28-18.  Later, the Packers iced the game with a familiar throw-catch combination.  Rodgers connected with Davante Adams in the red zone to bring the score to 35-16.

The Packers’ Defense Holds Its Own

Following their best game of the season against the Titans, then the NFL’s number one offense, the Packers’ defense held a hot Bears defense to just 16 points.  The Bears had scored 30 or more points in four straight games.  Bears’ receiver Darnell Mooney had career highs in receptions (11) and yards (93) on the day, but was shut down when it mattered.

The defense’s efforts were highlight by a strip fumble forced by Jaire Alexander as he tackled tight end Cole Kmet.  Late in the game, former Bears’ safety Adrian Amos intercepted Mitch Trubisky, continuing his trend of haunting his former team.  When Packers’ returner Tavon Austin fumbled a punt return, the defense held the Bears’ offense to just a field goal.  Undrafted rookie inside linebacker Krys Barnes had a career-high 14 tackles, including one for a loss.

The Green Bay Packers’ offense matched and broke several individual season records in the game on Sunday.  Aaron Rodgers broke his own touchdown record, finishing the season with 48.  The previous record was 45, which he achieved in 2011 (his first MVP season).  Rodgers also finishes the season with a 70.7% completion percentage.  This breaks his previous team record of 68.5%, which he also set in 2011.

Davante Adams had six receptions on the day, bring his season total to 115.  This total breaks the team record of 112, which was set by Sterling Sharpe in 1993.  Adams had previous come one catch shy of the record, finishing the 2018 season with 111 receptions.  With his touchdown catch in the fourth quarter, Adams also tied Sharpe’s single-season team record of 18 touchdown catches.  Sharpe set this record in 1994, his final NFL season.

Under the radar, Robert Tonyan’s touchdown score in the first also tied a team record.  With his 11th touchdown, Tonyan ties the Packers’ record for touchdown receptions by a tight end in a single season.  Paul Coffman set the record for Packers’ tight ends in 1983.