The Green Bay Packers certainly have an opportunity to pick up a veteran wide receiver.  Rodgers has two reliable targets that he can throw to. One receiver is an option if the need arises.

One guy that could be a choice for the Packers is veteran wide receiver Odell Beckham Jr. Packers QB Aaron Rodgers ranks 21st in the NFL in passing yards with (684). This is 40 yards per game less than his average during his career. The Packers rank 19th in passing, and 14th in touchdown passes through the first 3 weeks.  Packers rookie wide receiver Romeo Doubs has shined so far, but there is no deep threat down the field. 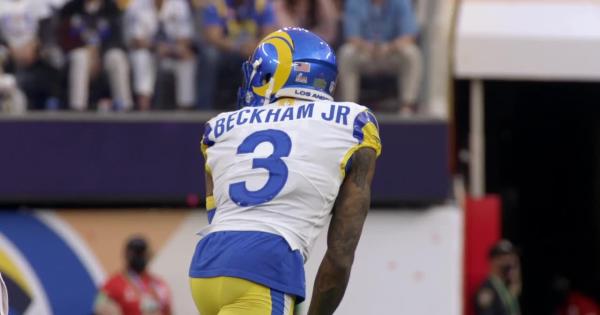 .” I think the Packers signing or trading for a receiver will come down to opportunity — it’ll be who is available, rather than just plucking from those that are,” SI.com’s Albert Breer said in his recent mailbag. “I could see Odell Beckham Jr. as an option when he gets healthy. But I don’t think you’ll see an overreach, where they do something just to do something.”

The former Super Bowl LV winner tore his ACL during that game last season. But he is a reliable, and good pass catcher that could pose as a deep threat, which the Packers could use on the roster. Wide receiver Sammy Watkins is listed on injury reserve. Allen Lazard is working through an ankle injury he suffered in Week 1 against  the Minnesota Vikings.

Through Week 3 Romeo Doubs is the Packers leading receiver with 14 catches for 137 yards. Christian Watson has caught five passes for 43 yards in two games so far this season. Doubs and Watson obviously are the two big names for the Packers foreseeable future, but a veteran like Odell Beckham Jr could definitely be an option down the road if someone else is needed. “Right now, I’d say they’re going to get their young receivers as many reps as they possibly can,” Breer continued. “…To me, the Packers believe there is a pretty high ceiling with Doubs and Watson, and now is the time to get them ramped up so they’re more seasoned and ready to play bigger roles deeper into the season.”

We will see if the Green Bay Packers have to make a move as the season progresses. It would also help Rodgers bring up his passing numbers.