Packers by the Numbers – Week 16 Recap vs Titans Welcome back to another edition of ‘Packers by the Numbers.’ Today, we’ll recap the Packers’ dominating 40-16 victory over the Titans on Sunday night. Although this game was not important for playoff seeding, the win will certainly give the team a huge confidence boost heading into the postseason. Let’s take a look at some numbers.

Offense Back on Track vs. Poor Titans’ Pass Defense

After a sluggish performance last week, the offense responded with their first six touchdown game of the season. They scored more than 20 points in the second half for the first time since scoring 24 against the Saints in Week Three. They finished with 448 total yards, the most since finishing with 488 against the Lions in Week Two. 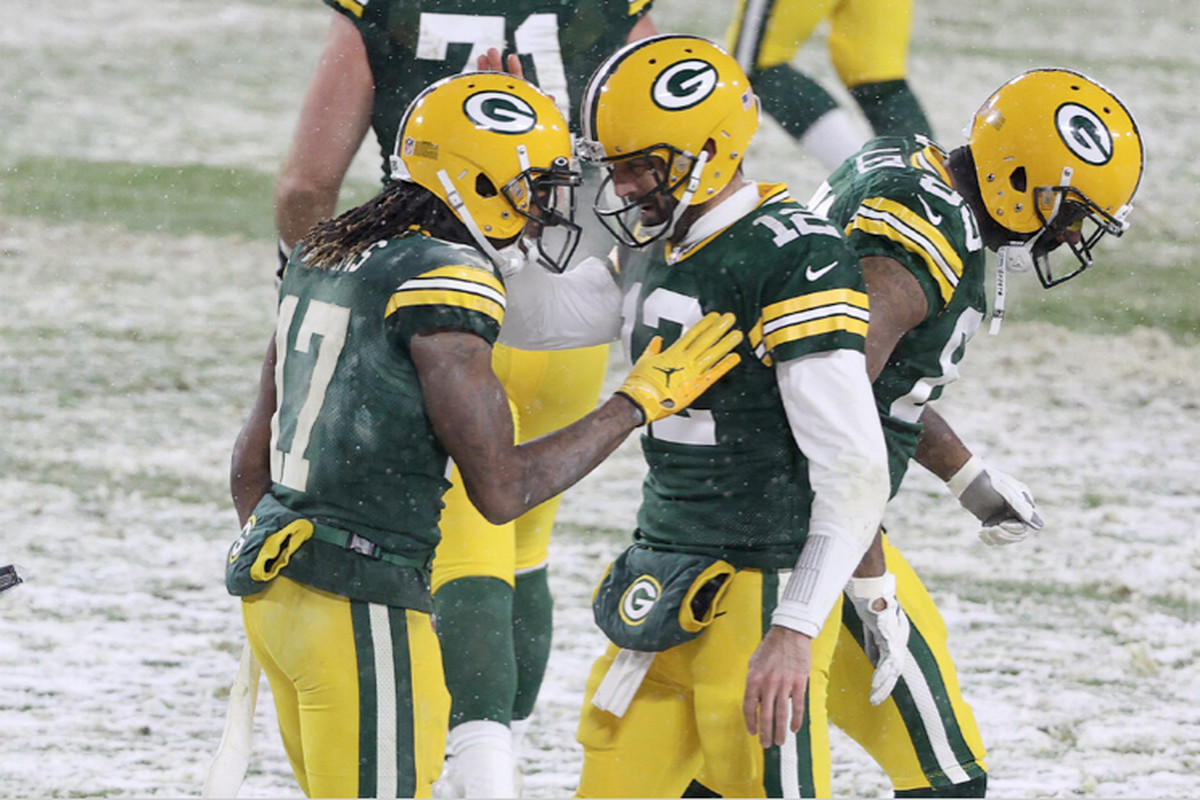 Aaron Rodgers had a near perfect game, finishing 21/25 for 231 yards, four touchdowns and one interception. He threw for four touchdowns in a game for the sixth time this season and now has 44 on the season. He finished with an 84% completion rate, good for second best of his career. Should he throw two or more touchdowns in Week 17, he will set a new career high for touchdowns in a season.

The biggest talk of the night was the Packers’ impressive running game that finished with 234 yards. Rookie AJ Dillon ran 21 times for 124 yards and scored the first two touchdowns of his career. Aaron Jones added another 94 yards on 10 carries. Despite finishing second to Dillon on the night, Jones passed 1000 yards on the season for a second consecutive year. The Packers now have two games in the 2020 season with over 200 rushing yards. The last time they accomplished such a feat in a season was 2008, Aaron Rodgers’ first season as a starter.

The Packers had yet another strong defensive performance to continue their resurgence in the second half of the season. They held the Titans’ top ranked offense to just 260 total yards, their second lowest output of the season. Derrick Henry was held under 100 rushing yards and proved to be a non-factor in the game.

The pass defense topped last week’s performance, holding Ryan Tannehill to just 121 passing yards and one touchdown. Tannehill finished with the worst game of his season in completion percentage, passer rating, and yards per attempt. He also threw two interceptions, the first time he’s thrown multiple interceptions in a game since Week 9 of last year against the Panthers.

A Quiet Day for the Special Teams

Special teams were largely a non-factor which is always good news for the Packers. Mason Crosby missed the extra point after the first touchdown of the game, but was perfect afterwards to finish 4/5. He had a field goal blocked in the second quarter, which would have been his first miss of the season, but the play was called back due to an offsides penalty by the Titans (the Packers did not convert on the ensuing 4th-and-short).

It’s a good sign when your offense is efficient enough to not need the services of your punter, which is exactly what happened on Sunday. JK Scott didn’t punt once, the first such game in his three-year career.

Stage Set for the Final Week of the 2020 Season

The Packers travel to Soldier Field on Sunday to take on the Bears for the final game of the regular season. The Packers and Bears last played Chicago in Week 1 of the 2019 season, a 10-3 victory for the Packers. That’s 486 days between the two contests and will be longest stretch of time between Packers/Bears games at Soldier Field since a stretch of 833 days between 1981 and 1983 (the Bears did not host the Packers in 1982 due a strike-shortened season).

Although the Packers have already clinched the division, the game still has playoff implications. A win by the Packers would secure the #1 seed in the NFC, while the Bears need a win to secure a wild card spot (a loss by the Cardinals would also secure them a spot). It is the first time the Packers and Bears will meet in Week 17 since the 2013 – the infamous comeback victory by the Packers at Soldier Field to beat out the Bears for the NFC North title. It is always a memorable occasion when the two teams meet and Sunday’s game looks to be no different.