Both Aaron Rodgers and Aaron Jones are no strangers to making NFL and franchise history. Last week against the Rams, we saw Jones move past John Brockington for third on the Packers’ all-time rushing list. Jones’ 90-yard performance in Week 15 gave him exactly 5,100 career rushing yards.

Meanwhile, Rodgers has already cemented himself as one of the greatest quarterbacks in NFL history. On Sunday against the Miami Dolphins, Rodgers has a chance to climb up the all-time pass completions list. 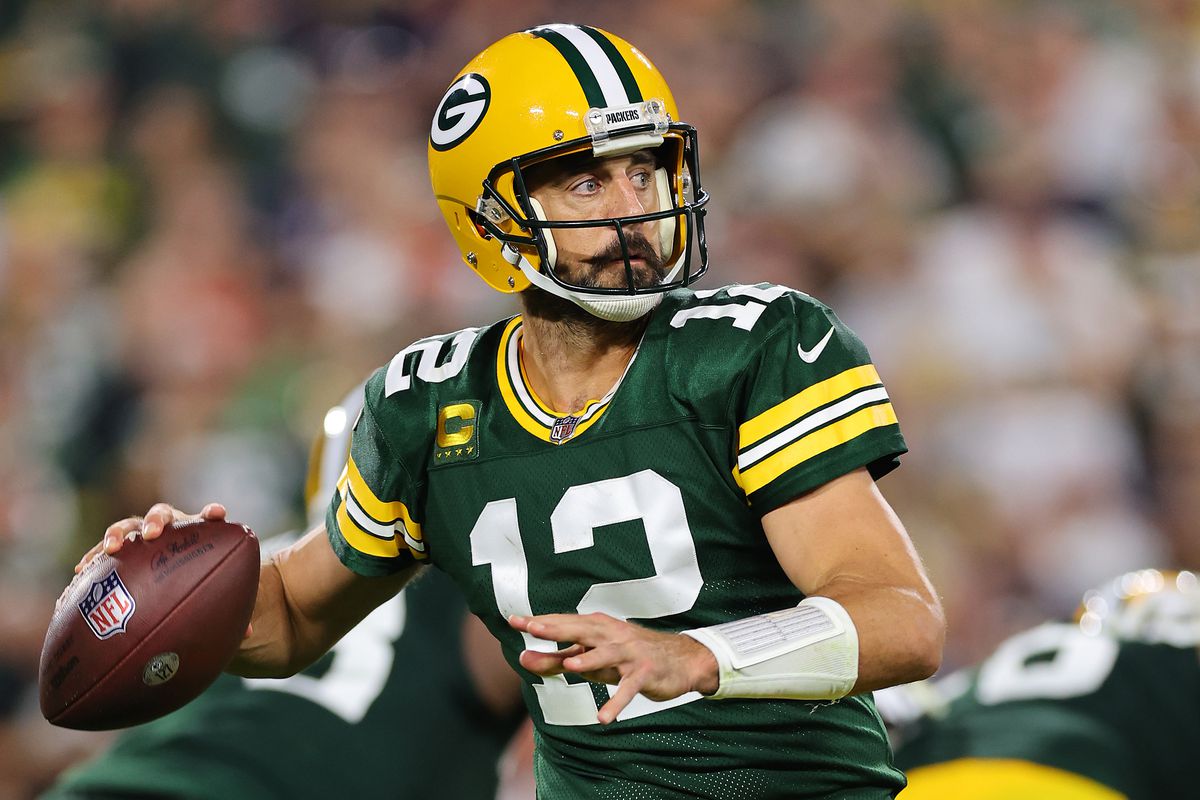 23 pass completions. That is all Aaron Rodgers needs to jump past Dan Marino for eighth on the NFL’s all-time list.

Throughout Rodgers’ 18-year career, he has completed 4,945 passes. It would be fitting for Rodgers to pass Marino on Sunday in Miami. Marino played 17 seasons in the NFL, spending his entire career with the Dolphins.

Rodgers is only 55 completions away from 5,000, which would make him only the seventh player in history to achieve that milestone. It’s no surprise that Tom Brady currently holds the record with 7,674 completions.

Last Sunday against the Rams, Aaron Jones scored his 60th regular season touchdown, ranking him ninth in Packers history. Jones is only two touchdowns away from tying Donald Driver and Paul Hornung for seventh on the franchise’s all-time list at 62. A monster three-touchdown performance on Sunday would result in Jones having the seventh place all to himself.

Even though it would be nice for both Rodgers and Jones to achieve these milestones, a victory against the Dolphins is the only real task the Packers should worry about. Green Bay needs to win their final three games in order to have a shot at the postseason.