Packers Rumors: Surprise Team To Trade Up For QB In 2023 NFL Draft? A recent article on Fansided compiled a list of five teams that could surprise us all and trade up for Heisman finalist QB C.J Stroud. One of the teams that were listed was the Green Bay Packers. The other four teams included were the Patriots, Buccaneers, Jets and Titans. Of the five teams, the Packers seem like the least likely option, which is why they were listed at No. 5.

Packers To Trade Up For Ohio State QB C.J. Stroud? 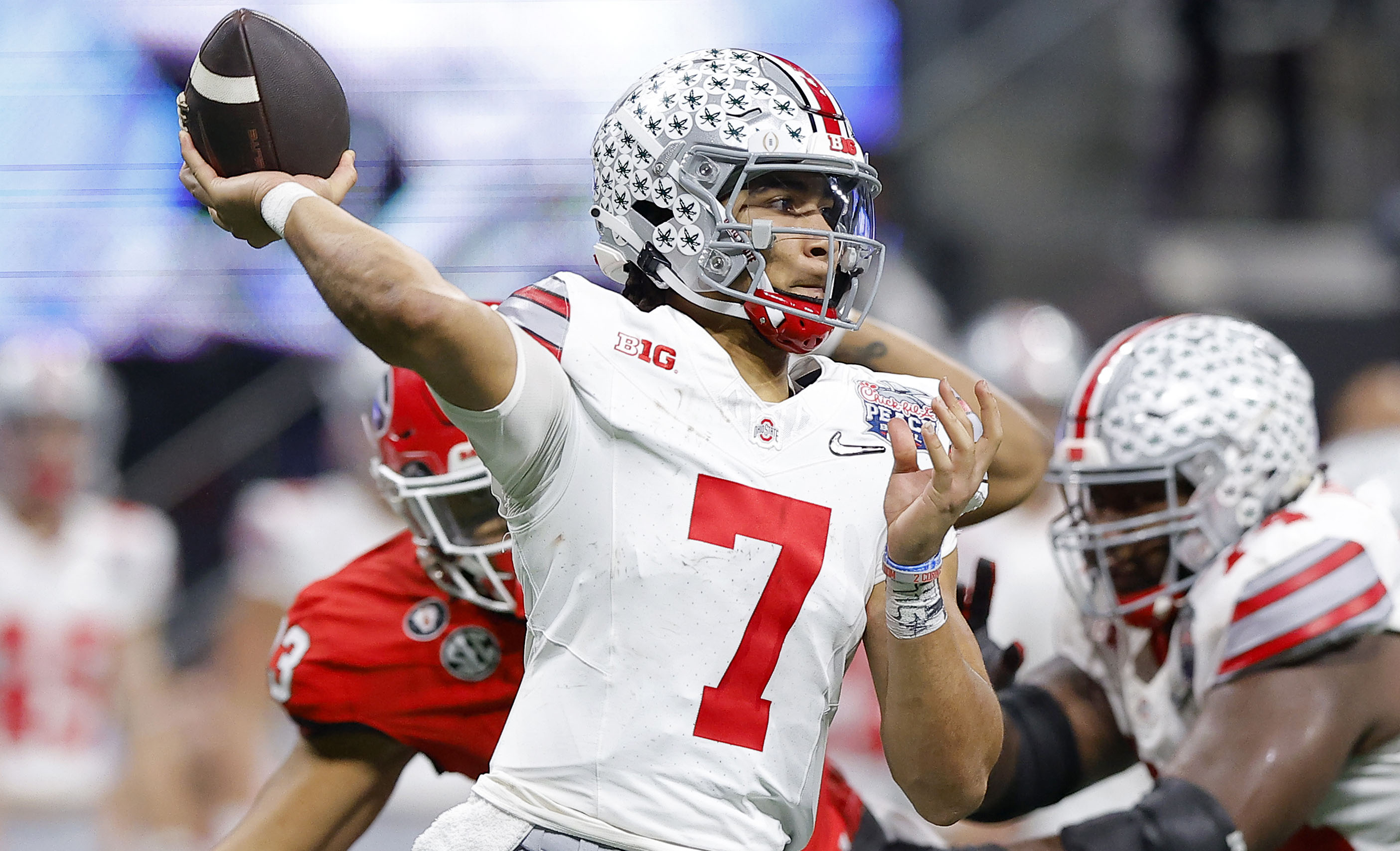 The Packers do have a bit of a predicament concerning their quarterback situation in 2023. What will happen with Aaron Rodgers and Jordan Love next season? Numerous rumors have floated around about the two quarterbacks possibly being on different teams next season. Logic points to Rodgers finishing out his career in Green Bay and having Love take the reins after that. However, the NFL is rather unpredictable, giving us our fair share of surprise moments in the past. So could the Packers surprise us all and trade up for Ohio State quarterback C.J. Stroud?

Here was the reasoning of why Green Bay could trade up for Stroud per John Buhler of Fansided;

Let’s be real. It feels way more likely that the Green Bay Packers will trade away former first-round pick Jordan Love this offseason than Aaron Rodgers retiring. Even if Green Bay were to be picking in the high teens after missing out on the NFC playoffs, the Packers front office may see an opportunity to draft Rodgers’ successor for real this time in Stroud. Although Stroud is too good to ride the pine for more than maybe a season, the Packers could recoup some draft capital if they were to find a franchise that would want to kick the tires on Love.

In all likelihood, Stroud will end up elsewhere. That’s why the Packers were listed as a ‘surprise’ team. Recent mock drafts predict Stroud to go No. 5 overall to the Indianapolis Colts.