Teams that make lots of moves in free agency are the ones that are considered to have improved the most. The Packers had a quiet free agency which makes others consider that they will take a step back this year .  The Packers went ahead and proved people wrong last year. Here are the overhyped teams from 2021 NFL free agency. 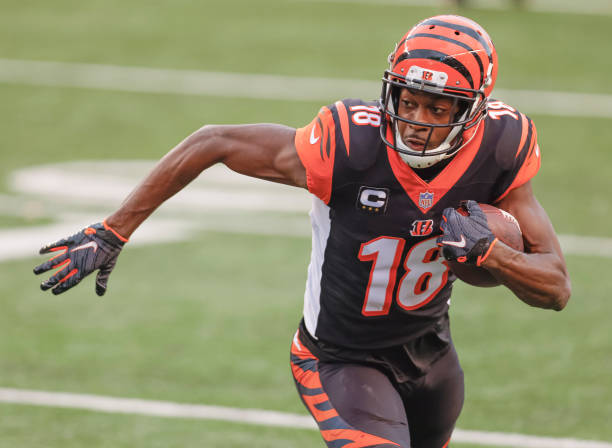 The Arizona Cardinals did make a lot of moves in the offseason to improve; but did they? The thing is that is most concerning is the Cardinals’ roster averages around the age of 30 or higher. Clearly they lack a young core on the roster. Veteran presence is one thing but another thing is to depend on players who are out of  their primes. Also the defense still has holes in the secondary, especially at corner. The Cardinals also signed AJ Green who looks like a shell of  his former self. The J.J. Watt signing was questionable because it was an it risky deal for a player of his age. Even with these free agency signings, the Cardinals still have a ton of question marks.

The Los Angeles Rams made a blockbuster trade in getting Matthew Stafford; who is certainly a upgrade over Jared Goff. He brings a better presence at the quarterback position, but still the Rams still need help in other positions. The offensive line is not strong and Andrew Witworth, who was a solid offensive tackle, is also aging. Additionally, the Rams lost two key players on  defense in Troy Hill and John Johnson to the Cleveland Browns. They also added no pass rushers outside of Aaron Donald and that showed against the Packers in the divisional round. The Rams also gave up future draft capital as well. The Rams may have Stafford, but still have holes on their roster.

The Minnesota Vikings, to no surprise ,made moves in free agency due to their terrible season in 2020.  The signing of Dalvin Tomlinson was smart and  helps with the run defense and pairing him with Michael Pierce is an advantage. However, they need pass rushers to get after quarterbacks and do not have that outside of Danielle Hunter. The Patrick Peterson signing was not bad, but he has lost a step and may need to be the top corner for the Vikings. The safety spot is also a question mark with Harrison Smith aging. Xavier Woods was the same player that admitted to not giving full effort on the Dallas Cowboys. Vikings made a lot of moves, but it remains to be seen if it makes them better in 2021.

The New England Patriots spent a lot of money and acquired a few players in free agency. However, it remains to be seen if those signings will pan out. Signing multiple players in free agency does not always mean that a team will improve. Some of the players who the Patriots signed may be looked at as being over paid. The Patriots are making sure they improved the roster from last year, but did they improve it? Also Cam Newton will be the determining factor if the offense will be better then last year. The Patriots indeed made quite  a bit of moves, but  that does not mean they will progress in 2021. This will be a interesting season for the Patriots.

Dave Gettleman is definitely on the hot seat and the moves he is making are more out of desperation. Daniel Jones  is in the last year of his rookie deal and has to prove  that he is the long term solution for the New York Giants. Gettleman knows that if Jones does not pan out it could cost him his job. He has made numerous signings to boost the offense. John Ross has certainly been a bust and a disappointment and it is uncertain if he can bounce back. Kyle Rudolph is already injured and it may take time for him to recover from a broken foot. The Kenny Golladay signing was desperate to get Jones a number one receiver even though Golladay might not be that. We will see as this is a big year for Dave Gettleman, Daniel Jones, and the New York Giants.