Coming off a dominant performance against North Carolina, 9th seeded Wisconsin squares off against 1 seed Baylor.

Brad Davison led the Badgers to an 85-62 victory Friday evening. Davison finished with 29 points and went 10-15 from the field. The senior guard also knocked down five three-pointers as well. Along with Davison, D’Mitrik Trice also played an excellent game. He finished with 21 points and controlled Wisconsin’s offense from start to finish.

Wisconsin held the Tar Heels to 38.5% from the field. The Badgers also handed Roy Williams his first loss in the first round of the NCAA Tournament. Williams was previously 29-0 before Friday’s matchup.

Although getting off to a slow start, top seed Baylor had no issues handling 16 seed Hartford. The Bears were led by senior guard Macio Teague with 22 points on 9-17 shooting. Davion Mitchell and Jared Butler finished with 13 and 12 points respectfully.

Wisconsin looks to keep their hot shooting going as they square off Sunday afternoon. Tip-off set for 1:40 PM on CBS. 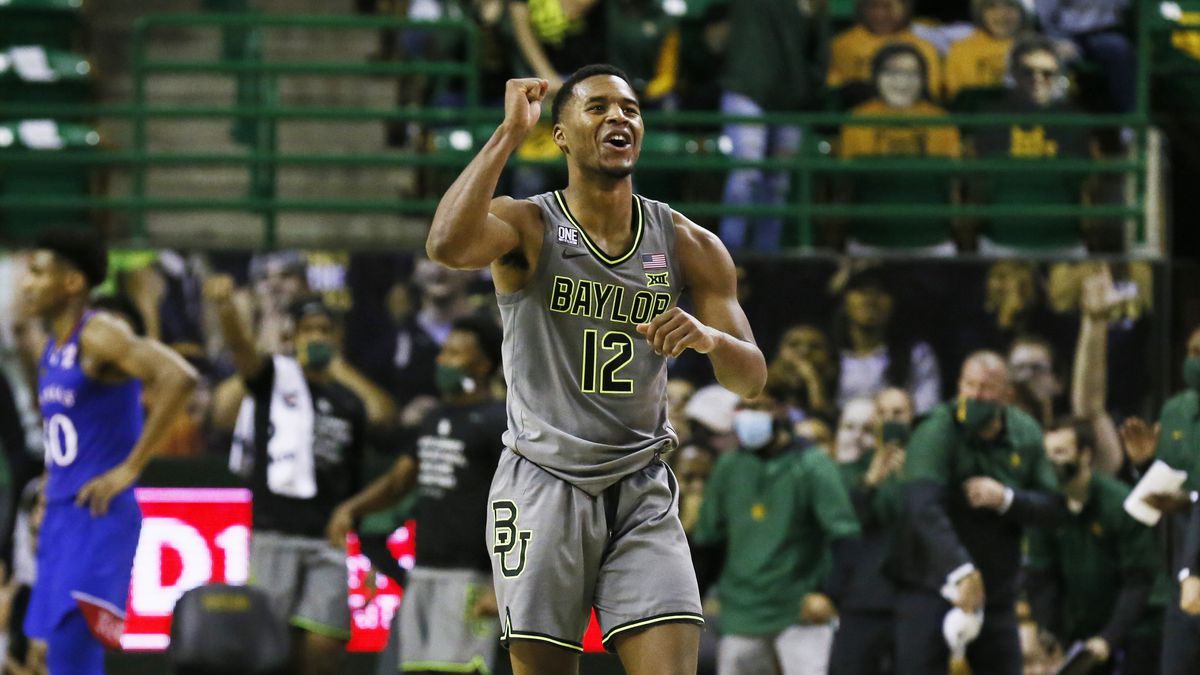 The Baylor Bears have one of the most high-powered offenses in college basketball and can thank a pair of players because of it. Davion Mitchell and Jared Butler are two of the top players in the country and recently named All Americans. Let’s take a look at both players for Baylor.

First up, Jared Butler. The 6’3 guard leads the team with 17 points per game, shooting 48% on the year, and 41.3% from three-point range. Butler was a unanimous all Big 12’s first-team selection, his second in two years.

One of the many things that Butler does well is his ability to score. He’ll drive and finish at the hoop or beat you with three-point shooting outside. Butler reminds me a lot like Illinois’ Ayo Dosunmu. Both have great size, quickness, and are relentless scorers. Butler has been Baylor’s best offensive player and the heart of their team. Containing a player like Butler is going to be quite the challenge for Wisconsin.

Next, you have Davion Mitchell. Mitchell averages 14 points per game along with tallying 5.3 assists per game. The 6’2 guard shoots over 52% from the field and 49% from three-point range. Mitchell was named to the all Big 12 first team, all Big 12 defensive team, and conference defensive player of the year.

Most notably, the greatest part of Mitchell’s game is his lockdown defense. The junior guard isn’t afraid to defend the opponent’s best player and has great success doing so. Along with his stellar defense, Mitchell is a great shooter. His 49% three-point shooting leads the team and one of the best in the country.

If Wisconsin is going to have any success Sunday against Baylor, finding a way to contain these two tremendous players is going to be needed. 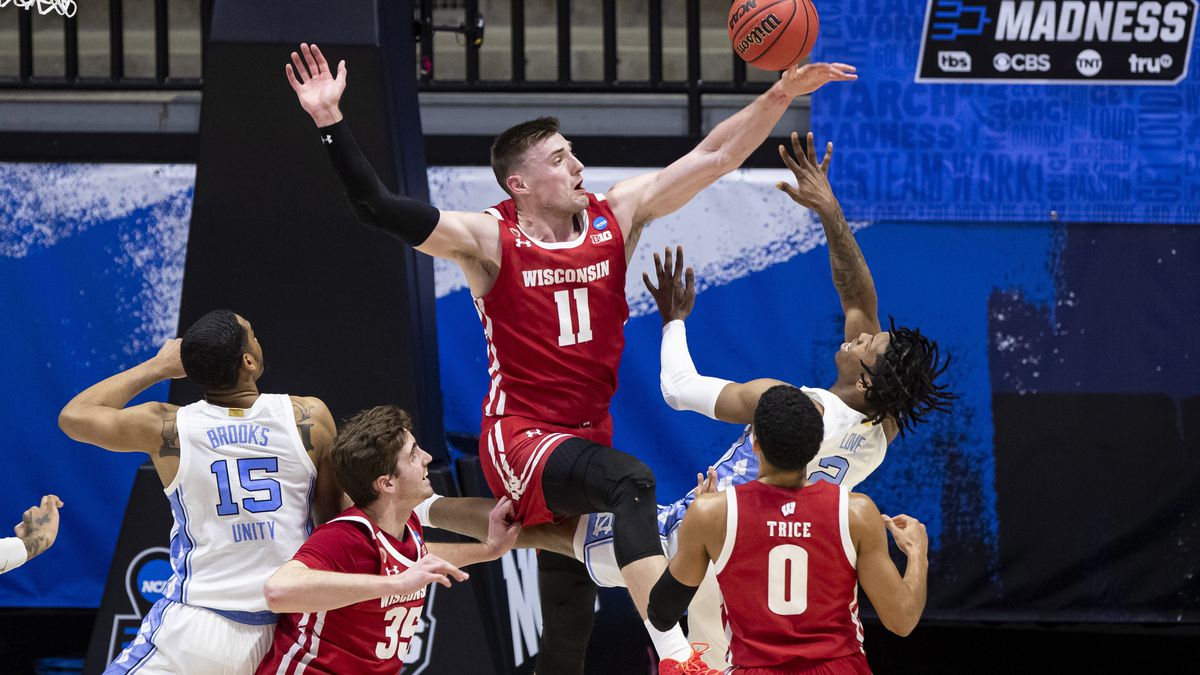 After a disappointing finish to the season, the Badgers seemed to have a different feel heading into tournament play. They didn’t get the result they wanted in the Big Ten Conference Tournament but seemed to turn a new leaf as a team. On Friday evening, Wisconsin did just that.

It was a complete team effort. Davison and Trice taking over with offense, team defense containing North Carolina for the majority of the game inside, and out rebounding one of the best teams in the country. It’s important to note that Wisconsin hasn’t had many games where all three of these keys have happened.

“Even though we were losing those games there were a lot of things that we were doing a lot better, whether it was offensive motion, setting better screens, better on the defensive glass,” Davison said.

UNC had been held below 12 or less just six times this season.

Most of those offensive boards came when UW was nursing a double-digit lead as well.

Like Davison mentioned, Wisconsin will need that same effort playing against Baylor. Although both North Carolina and Baylor play fast, Baylor’s three-point shooting is what sets them apart. The Badgers must contain Baylor from outside if they want any shot of winning this game. However if Wisconsin knocks down 13 threes as they did against UNC, the sky’s the limit for this team.

Even after Wisconsin’s stellar performance, is it enough to beat top seed Baylor? Looking at the stats for the Badgers this season, Wisconsin scored over 80 points five times before Friday’s victory. Four games at home (Indiana, Green Bay, Louisville, Arkansas Pine-Bluff) and one on the road (at Michigan State). Wisconsin also has just five games this season where they shot better than their 48.1% against UNC. In the end, it could be Wisconsin finally unlocking the offense that most thought they would be.

However, it’s not the offense that I’m most worried about. How do you contain a Baylor team that averages over 85 points per game? Baylor has been held to under 70 points just three times this season. Wisconsin must play at the pace they did against North Carolina against Baylor. Limiting the Bear’s possessions is crucial. Especially from three-point range.

Although I think Wisconsin can present problems, it’s hard for me to not pick Baylor. Offensively their one of the most efficient in the country and can lock teams down on defense. After the fight they had against North Carolina, I hope they can put up one last go as a team this year.