There is no end in sight for the MLB lockout. However, MLB commissioner Rob Manfred (boooooo!!!) stated today the universal DH rule is coming to Major League Baseball. For some reason, only the American League had the DH rule. The National League on the other hand, had to bat their pitchers unless at an American League Field. Brewers second baseman Keston Hiura is a player that the DH rule best suits and I think he could excel at it.

Hiura Is Still A Bright Spot On The Roster

The Brewers selected Keston Hiura ninth overall on the 2017 MLB draft out of UC Irvine. Hiura was seen by many as the best pure hitter in the draft class. The Brewers knew the glove was an issue. However, they knew they could try and clean up his fielding while still putting up good hitting numbers in the minor leagues. The hype Hiura brought resulted in him being names the top Brewer prospect in 2018.

The Last Two Season Have Been Brutal 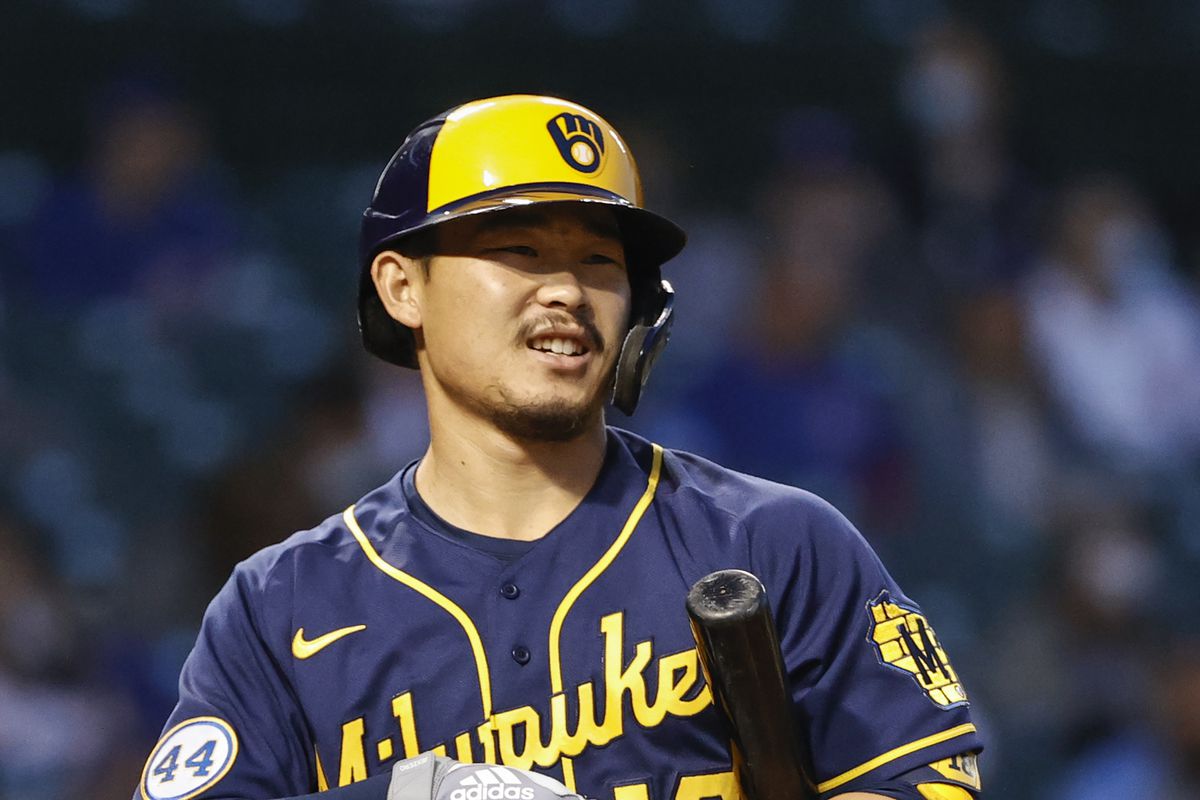 The delay of the 2020 season hurt a lot of teams. Offenses were behind and pitching was dominating. This was no different for Hiura and the Brewers. Hiura led MLB in 2020 with 85 strikeouts and led all second basemen in errors (16). It’s safe to say it was a sophomore slump for Hiura.

In 2021, Hiura took some time to learn first base. It was is his best option to play after the Brewers acquired two time gold glove winner Kolton Wong to play second. The beginning of 2021 was not good either for Keston. he batted .168 with four home runs and only 19 RBI’s. This resulted in multiple trips to Triple A and he stayed there a majority of the year.

However, the Brewers did win the division with the guys they had so there was no rush to bring Hiura back. he did make the 2021 roster for the Atlanta Braves series. This showed the Brewers haven’t given up on him.

The DH Spot Is Perfect For Hiura

I mentioned earlier that Keston was the best overall hitter in the 2017 draft class. Not only can he hit, but he can get a lot of distance on his home run balls. The pop in his bat is no question. It’s the fielding and the slump that has hindered him. I think this role is perfect for Keston because he doesn’t have to worry about being a liability on the field and neither do the Brewers. His job in the DH role is to just hit.

However, he does need to clean up the fielding, but he has shown he can play both first and second base. He should be able to see a lot of left handed pitchers this year and give either Kolton Wong or Rowdy Tellez a day off when needed.

Most MLB players are streaky hitters and Keston Hiura is exactly that. When he is in a grove, he is a .300+ hitter. The Brewers haven’t given up on him and neither should we.