The most recent win over the Atlanta Hawks moves Milwaukee’s winning streak to six games.  The recent win streak has tested the Bucks at a crucial point in the season.  Winning games against tough opponents is providing many Bucks players with the confidence needed to win in the playoffs.  Milwaukee will take their current win streak on a tough western conference road trip over the next week. 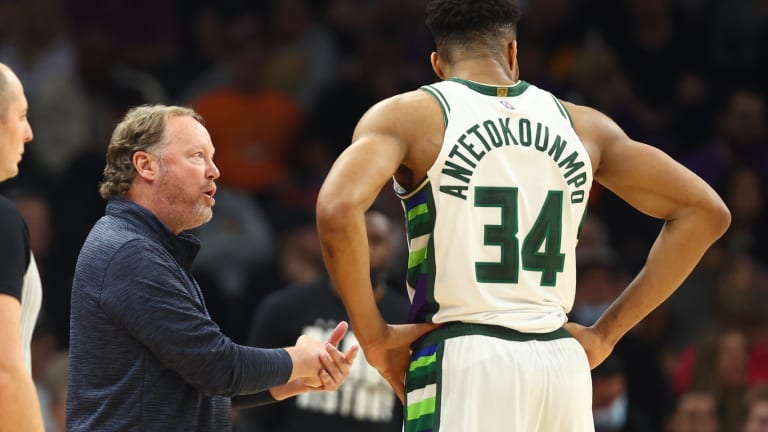 This nationally televised game will be must see tv.  Giannis and Steph will duke it out on ABC.  Golden State has three more wins than Milwaukee on the season but the Warriors have struggled lately.  Steph Curry is having one of his poorest shooting season in recent memory.  The former MVP is shooting almost 5% less than his career average from 3-point territory.  Nevertheless, Curry can get hot any minute and will look to lead his team past a red hot Milwaukee Bucks team. 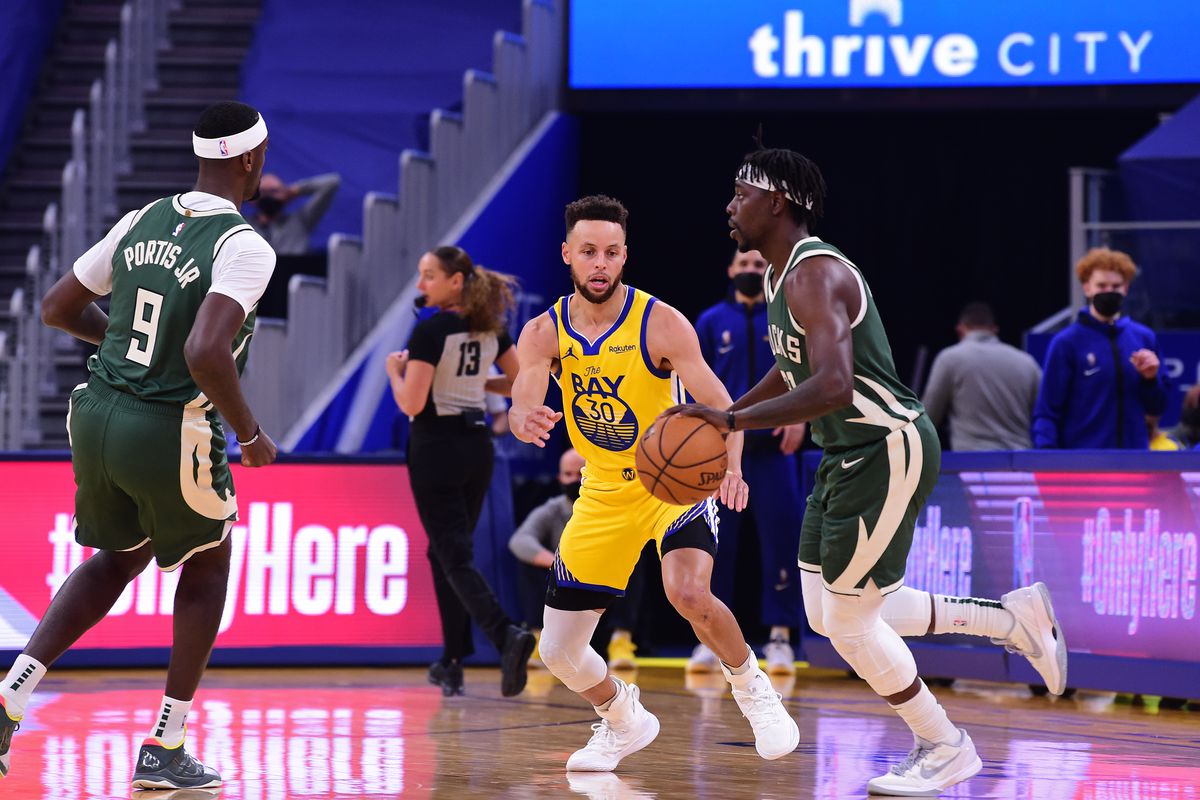 In the first matchup between these two teams in Milwaukee, the Bucks won by 19 points with a score of 118-99.  In that game, All-Star starter, Andrew Wiggins was the leading scorer for Golden State with 16 points.  The Warriors shot incredibly poor while Milwaukee had an efficient night.  However, Milwaukee’s team looks very different than the first meeting with the additions of Serge Ibaka, Jevon Carter and DeAndre Bembry.  Can the newcomers provide the same efficiency as the previous players?  So far the additions have provided relatively consistent production.  Bench production will be important during this 4 game trip.

Next Up – Utah Jazz

The Utah Jazz were last years western conference number one seed.  This yearhas been more difficult for Utah with the relevance of Golden State once again and the surprise team of Memphis.  The Jazz find themselves in as the four seed with 16 games to go. 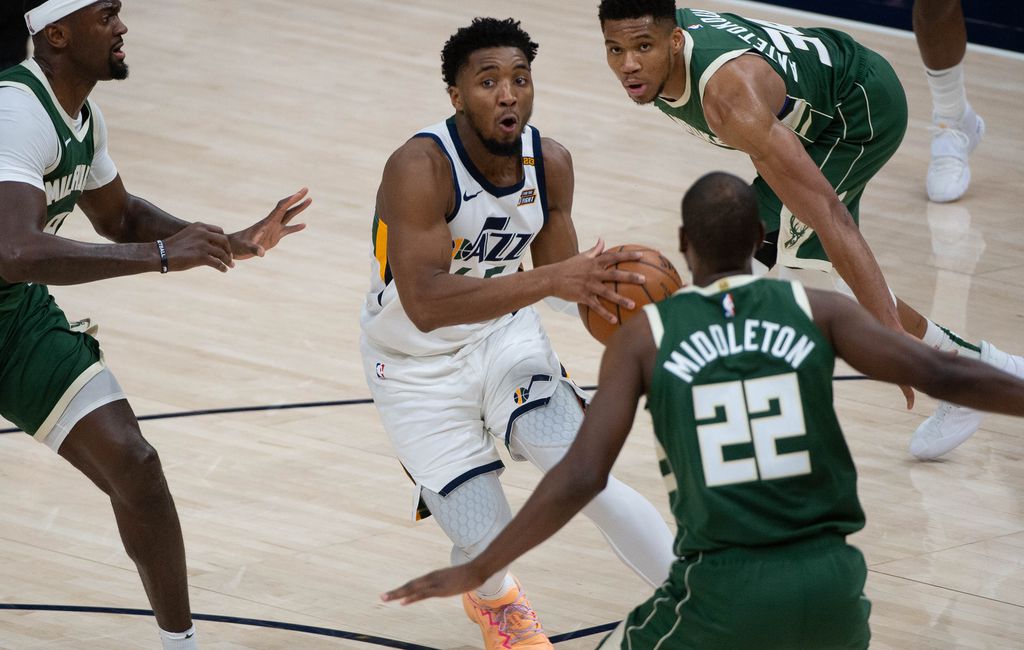 The first meeting between Milwaukee and Utah was ugly.  Utah won by 12 points with a 107-95 win.  Milwaukee won nearly every statistical category except free throws.  The Jazz 20 more free throws than the Bucks on 21 more attempts.  The personal fouls discrepancy was absurd with Milwaukee committing 22 fouls to only 10 for Utah.   Jrue Holiday and Khris Middleton did not play in the first meeting. Those two will likely provide Giannis with much needed assistance the second time around.

At the trade deadline, Milwaukee and Sacramento were part of a deal that sent Donte DiVincenzo to the Kings.  DiVincenzo will look to welcome his former team to the capitol city.  Sacramento made a number of moves ahead of the deadline including the acquisition of Domantas Sabonis.  Sabonis is a familiar foe from his years with the Indiana Pacers. 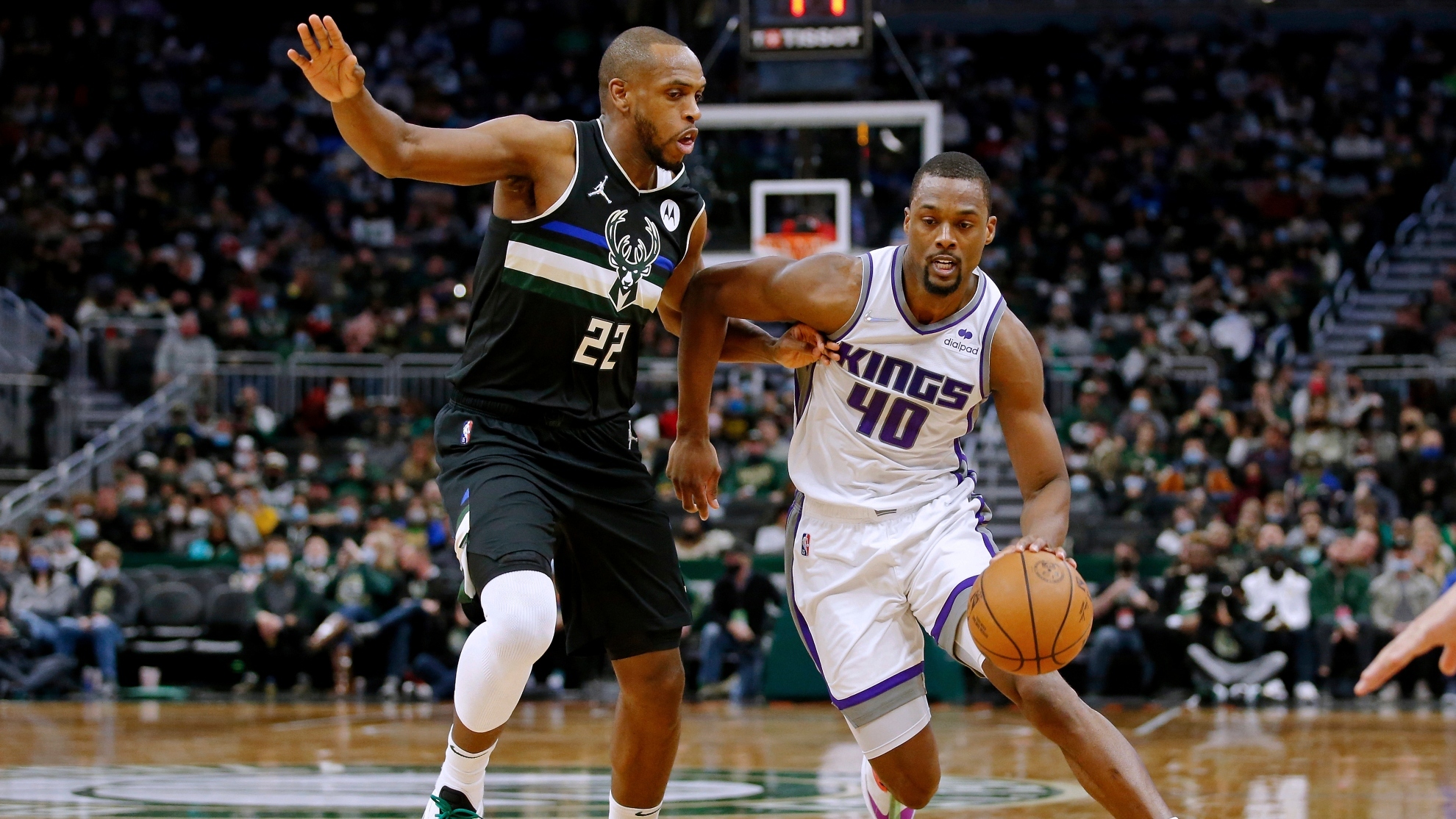 The game in Milwaukee between these two teams was a high scoring affair.  The Bucks emerged victorious with a final score of 133-127.  Khris Middleton was sensational scoring 34 points in a game without Giannis.  Jrue chipped in 26 points of his own in the six point victory.  The Kings were lead by Harrison Barns who scored 29 points.  Two other Kings, Tyrese Haliburton and Terence Davis both went over 20 as well.  With Giannis being available for the second time around, look for him to continue his dominance and try to make a final push for the MVP.

In what could feel like a home game, Milwaukee will finish their road trip in Minnesota.  The T-wolves have cemented themselves in the play-in tournament but will look to make a final push for a guaranteed playoff spot.  Minnesota is currently the seven seed and sits 2.5 games back from Denver for the six seed.  A win over Milwaukee would not only allow Minnesota to win the season series but show the western conference that they are for real. 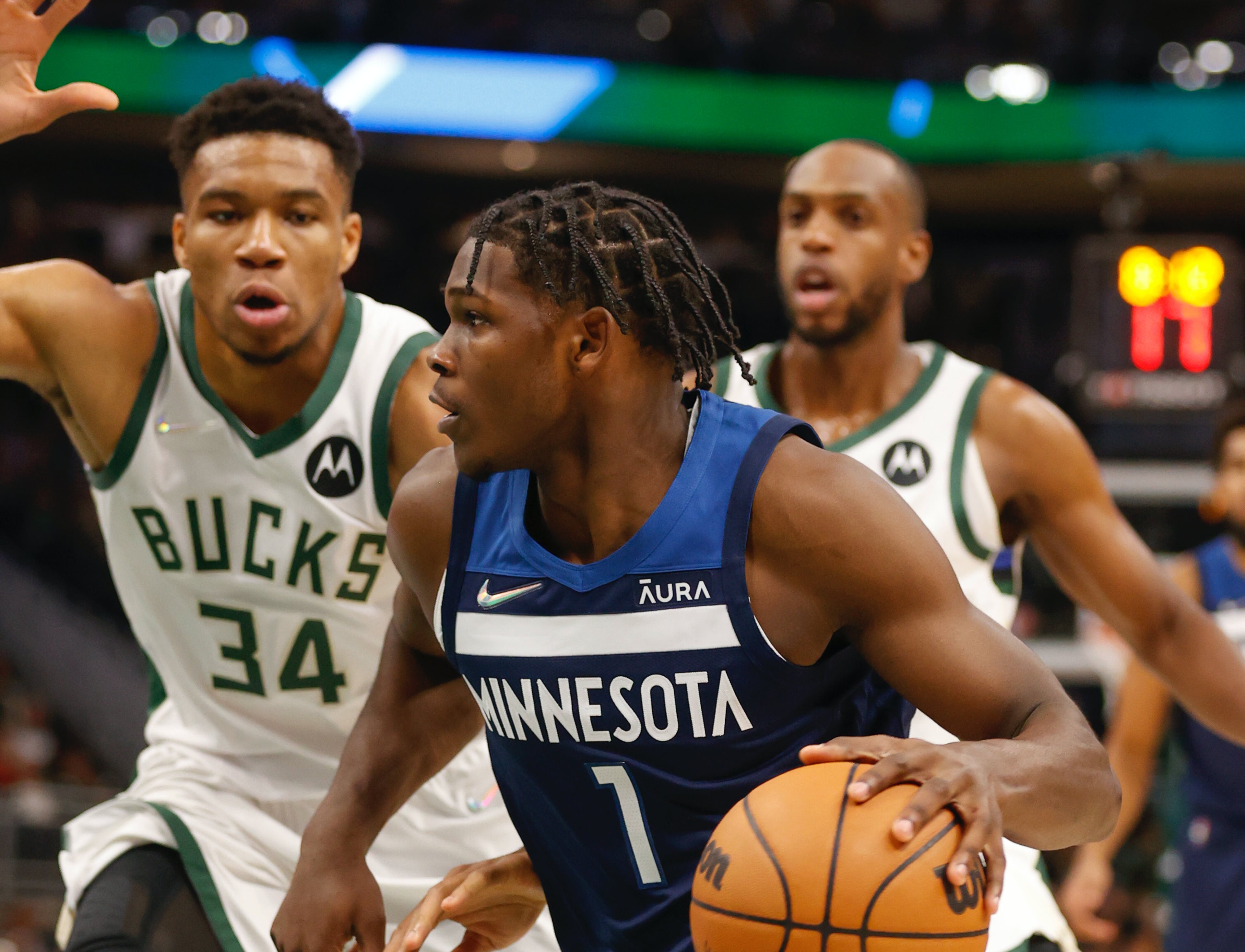 These two teams played very early in the season and Minnesota squeaked out a victory with a final score of 113-108.  Giannis was dominant going for 40 points, 16 rebounds and 7 assists.  That wasn’t enough with the young Timberwolves trio combining for 79 points.  Jrue Holiday missed the first matchup and will likely have his presence felt, especially on the defensive end against D’Angelo Russell.  With this matchup being the final game of the road trip, hopefully Milwaukee has the energy to put away our border rivals.

The good news about this road trip is that Milwaukee doesn’t play a single game back-to-back.  With a trip such as this, coming away .500 or better will set up the Bucks to remain in position to grab a top four seed in a tough eastern conference.