The Milwaukee Bucks are the 2020-2021 NBA Champions.  Will those words ever get old?  Probably not, but the fact of the matter is that it is time to get back to business.  Yes, the Bucks just won the title.  However, the offseason starts quickly and the team is already losing pieces.  Bryn Forbes, for example, has already declined his player option and will become a free agent.  Fan favorite Bobby Portis is expected to do the same.  With Portis probably out of the Bucks’ price range, the team needs to find a cheaper, yet effective, replacement.  Jeff Green, who the Bucks faced in the Eastern Conference Semi-Finals, could be their answer.

Jeff Green and His Ties to Milwaukee

How long has Jeff Green been in the NBA?  Long enough to have been involved in a trade that included a former Bucks’ fan favorite.  When Jeff Green was drafted by the Boston Celtics in 2007, he was immediately traded to the Seattle Supersonics in the deal that landed Ray Allen in Boston.  Allen, of course, was drafted by the Bucks in 1996 and was one of the key members of the 2001 team that went all the way to Game Seven in the Eastern Conference Finals.

Bouncing Around the NBA

Despite being a good player, Green has never been one to stay in one place for long.  The 13-year NBA veteran has played for 10 teams (11 if you count the Sonics/Thunder as two teams) during this career.  After four seasons with the Sonics/Thunder, he was traded to the Boston Celtics.  It was not long after the Celtics traded him again. This time to the Memphis Grizzlies.

After his short stay in Memphis, Green spent the next four seasons on one-year deals with four different teams.  He went from the Magic to the Cavaliers to the Wizards to the Jazz.

Midway through the 2018 season, the Jazz waived Green.  Green was out of work until February of 2019 when he signed a 10-day contract with the Houston Rockets.  He played well enough during that span to earn a contract for the remainder of the season.  This past year, he played for the Brooklyn Nets.

What Jeff Green Could Bring to Milwaukee 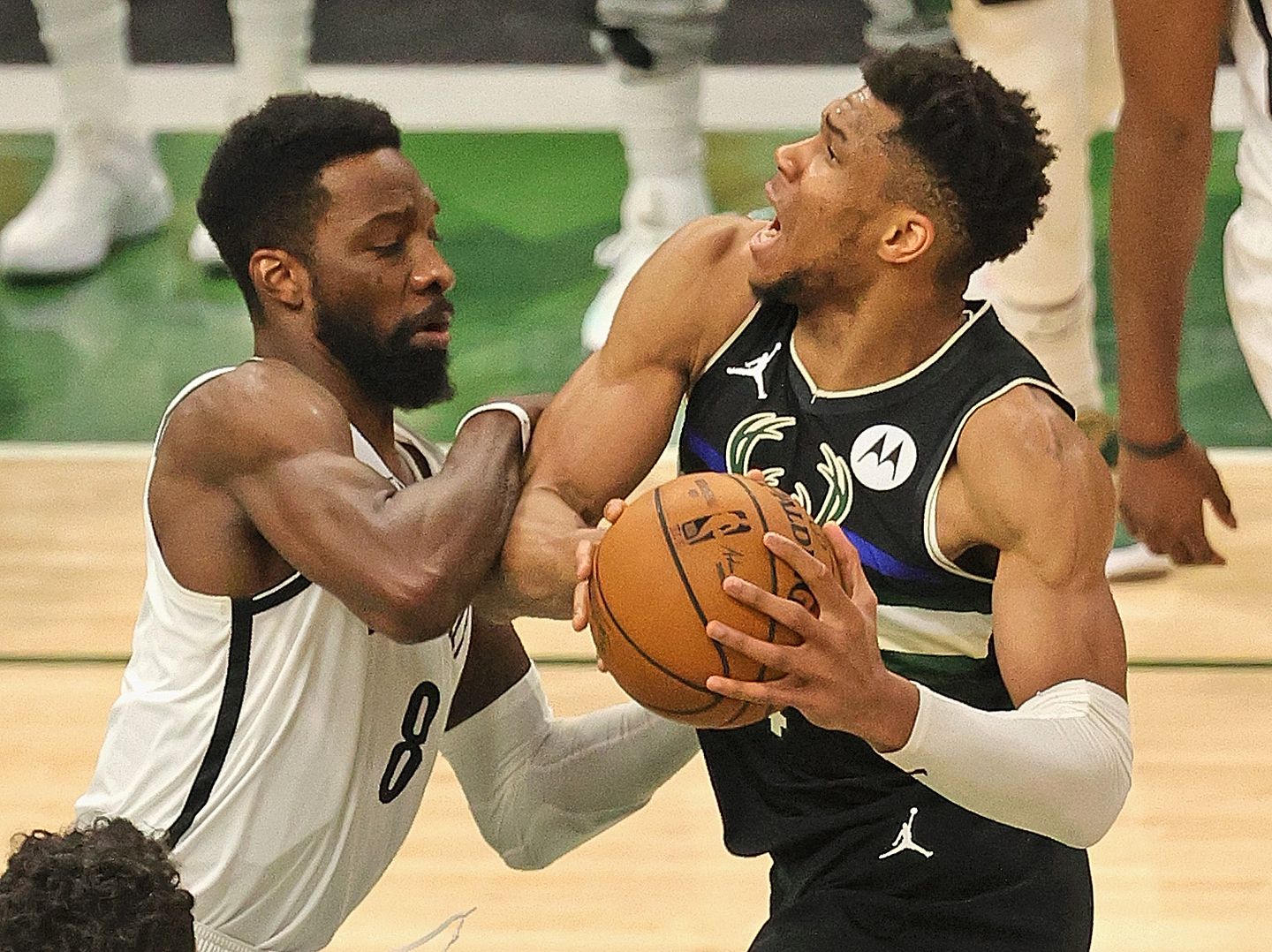 It is highly probable that Bobby Portis will not be on the Bucks next season.  Jeff Green would be an excellent replacement should Portis sign elsewhere.  Green can play any of the front court positions, standing six foot eight and weighing 235 pounds.

Throughout his career, Green has achieved averages of 12.8 points and 4.4 rebounds.  This past season with Brooklyn, he averaged 11.0 points and 3.9 rebounds.

Perhaps what is most intriguing to Milwaukee is Green’s three-point shooting ability.  Green shot 41.2% from three in 2020-21.  He was even better in the playoff series against Milwaukee, where he was 9/14 from three during the series.

He Is Very Cost Friendly

As mentioned previously, Bobby Portis is probably not going to be within the Bucks’ price range.  With PJ Tucker rumored to be getting a three-year $24 million extension, the Bucks do not have much room to work with.  Green played this past season on a contract similar to that of Bryn Forbes.  Forbes had a salary of $2.4 million this past season.  Green made $2.5 million.

With the Bucks in a very tight spot in terms of cap space, adding Green for something close to his 2020-21 salary is a no-brainer.  He brings three point shooting, veteran leadership, and is affordable.  For Green, he would be joining a team that is going to contend for championships for however long he chooses to stay.  It’s a win-win for both parties.