Milwaukee Brewers by the Numbers: 6-10 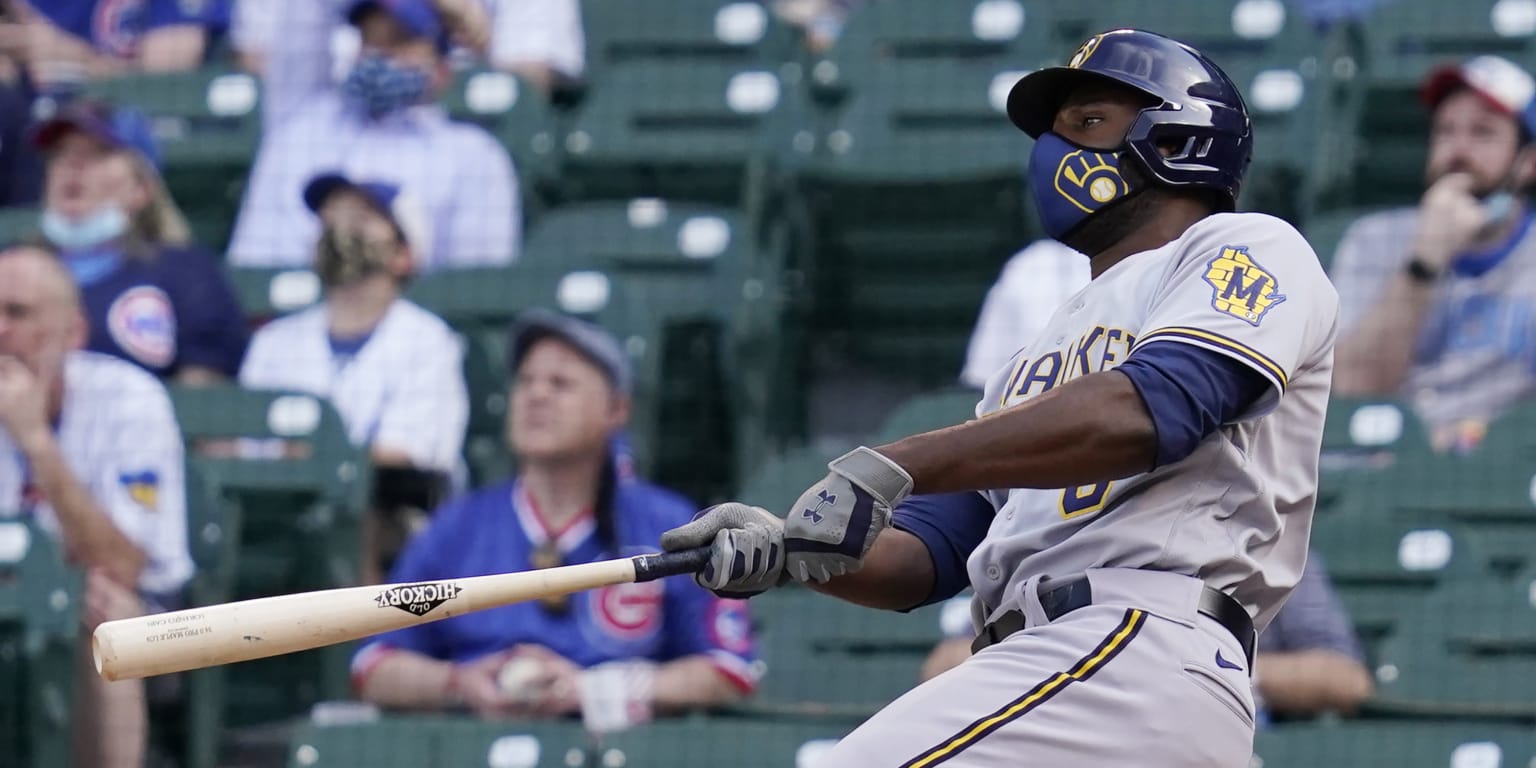 The number six is one that has not been used by players all too often in Milwaukee Brewers’ history. Prior to the arrival of Lorenzo Cain back in 2018, coach Ed Sedar wore the number. In fact, there have been three separate stretches of eight years or more that the number six was not worn by a Brewers player. When Lorenzo Cain donned the number in 2018, it was the first time that a player had worn the digit since 2006 when Jeff Cirillo wore it on his second stint with the team. Now entering his fourth season with the Brewers, Cain has also worn the number longer than any other player to claim it in team history.

In five years with the Milwaukee Brewers (four of which wearing number six), Lorenzo Cain has hit .282/.354/.397 and stolen 68 bases. He was an All-Star in 2018, slashing .308/.395/.417 with 10 home runs, 38 RBI, and 30 stolen bases. The next season, 2019, Cain won his first and only career Gold Glove in center field. In 2020, Cain opted out of the COVID-shortened season after just a few games. This past year, 2021, Cain battled injuries that limited him to just 78 games. 2022 is the final year of his contract, and perhaps the last of his career. After all, he is 36 years old and hasn’t been completely healthy in over 3 years. Even his 2019 Gold Glove season was marred by injuries that he just played through (even though he probably should not have).

Regardless of whether or not this is the end for Lo Cain, he is already the greatest Brewers player ever to wear number six.

This was a tough one. So tough, I took a Twitter poll to see who other people thought was the best player in Brewers history to wear number seven. However, it appears that we did not agree on our conclusions.

I am suspecting that there was a lot of recency bias that went into the voting. JJ Hardy, after all, was an All-Star with the Brewers and is one of the best defenders the Brewers have had at short stop in team history, Eric Thames, Mr. April and May, was a cult hero in Milwaukee during his three-year tenure with the Brewers. However, despite all of these things, Don Money HAS to be the choice for the greatest Brewer to wear number seven.

Of course, I would be remiss if I didn’t mention that Don Money was an important contributor to the 1982 Milwaukee Brewers team that made it to the World Series. That season, in 96 games, Money hit .284/.360/.531 with 16 home runs and 55 RBI.  After his playing career ended, Money spent decades coaching and managing in the Brewers farm system. He is responsible for helping to develop the offensive talent of many other players on this list, including the guy at number eight. 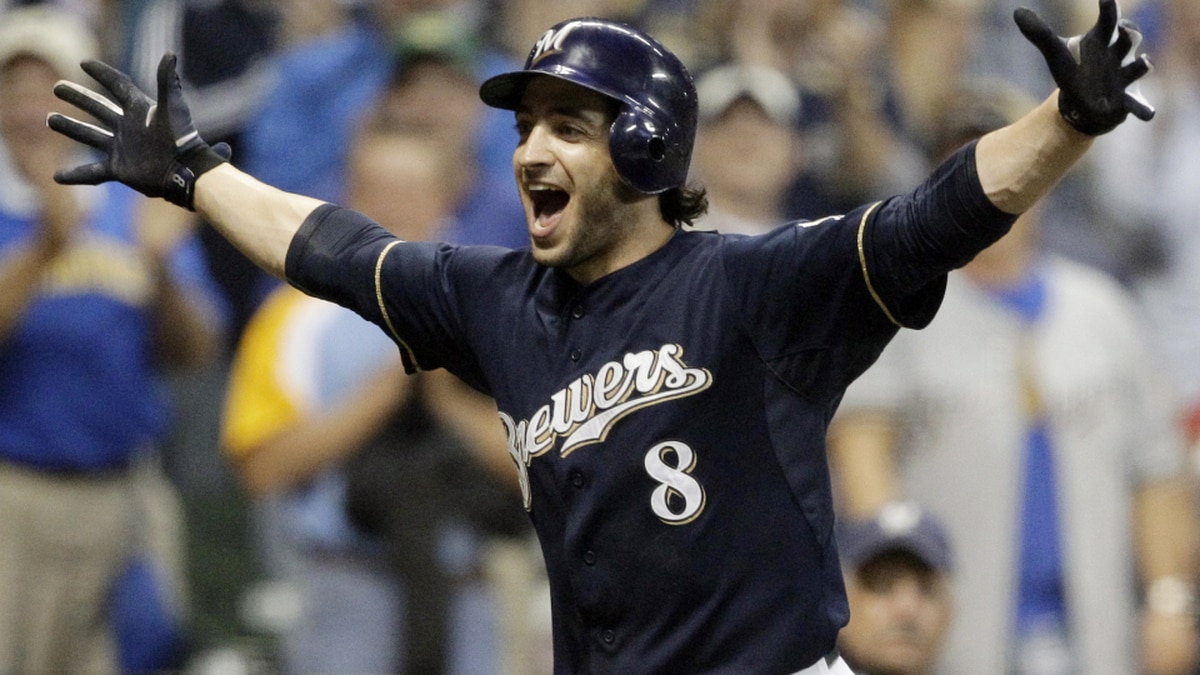 Ryan Braun is the Milwaukee Brewers career leader in several important advanced stats, but is best recognized as the team’s all-time home runs leader with 352. During his 14 seasons with the Brewers, Braun hit .296/.358/.532 with those 352 home runs to go along with 1,154 RBI. His accolades are well-known to Brewers fans, and include:

Ryan Braun was recognized in September of the 2021 season where he officially retired from baseball at American Family Field. It was at that time he got the send-off he deserved in front of fans. Now, will the Brewers retired the number eight? Personally, I think they go the Jim Gantner route and unofficially retire his number without hanging it in the rafters.

This was a tough call. Not because there were so many good players to wear number nine, but because there were so many players who wore number nine that either were not impactful or just had one good season with the club. What it came down to, for me, was Larry Hisle’s one All-Star season was better than Jean Segura’s one All-Star season. Sure, Manny Pina wore the number the longest and was an immense fan-favorite. However, he was mostly a backup catcher who was a streaky hitter at best. His canon of an arm simply wasn’t enough to put him here.

As mentioned, unfortunately Hisle’s career after 1978 was marred with injuries. Also, as mentioned, this was a tough decision to make. Hopefully another Brewers player can come around soon and take number nine to new heights.

No disrespect to All-Star Omar Narvaez, who is the current Brewers player wearing number ten. However, Narvaez’s 2020 season was, well, not good. 2021, of course, was a different story as he made the NL All-Star team. However, Yasmani Grandal’s 2019 season, in which he too was an All-Star, was just a bit better. Side note: the fact that the Brewers two most recent starting catchers are the two players in consideration for this spot is a statement for how ineffective players who have worn number ten have been for the Brewers.

Yasmani Grandal, as noted, only played one season with the Milwaukee Brewers. He helped the Brewers make the postseason in 2019, hitting .246/.380/.468 with 28 home runs and 77 RBI. Unfortunately for the Brewers, the team could not lure him away from a long-term and expensive deal from the Chicago White Sox following 2019. Still, his lone season with the Brewers was one of the best ever for a catcher in the team’s history. Hopefully, Omar Narvaez is able to take this spot on my list from Grandal sooner rather than later.