Entering the game against the Dallas Mavericks, the Milwaukee Bucks led the NBA in point differential.  On average, the Bucks were winning their games by 11.4 points.  This has been a trend for the Bucks under Mike Budenholzer.  However, come playoff time, the Bucks have struggled to win close games.  Simply put, winning so many regular season games by blowout did nothing to prepare the team for the grind of a hard-fought playoff series.  The Bucks gained some much needed close-game experience tonight, finally defeating the Mavs for the first time in nearly two years. 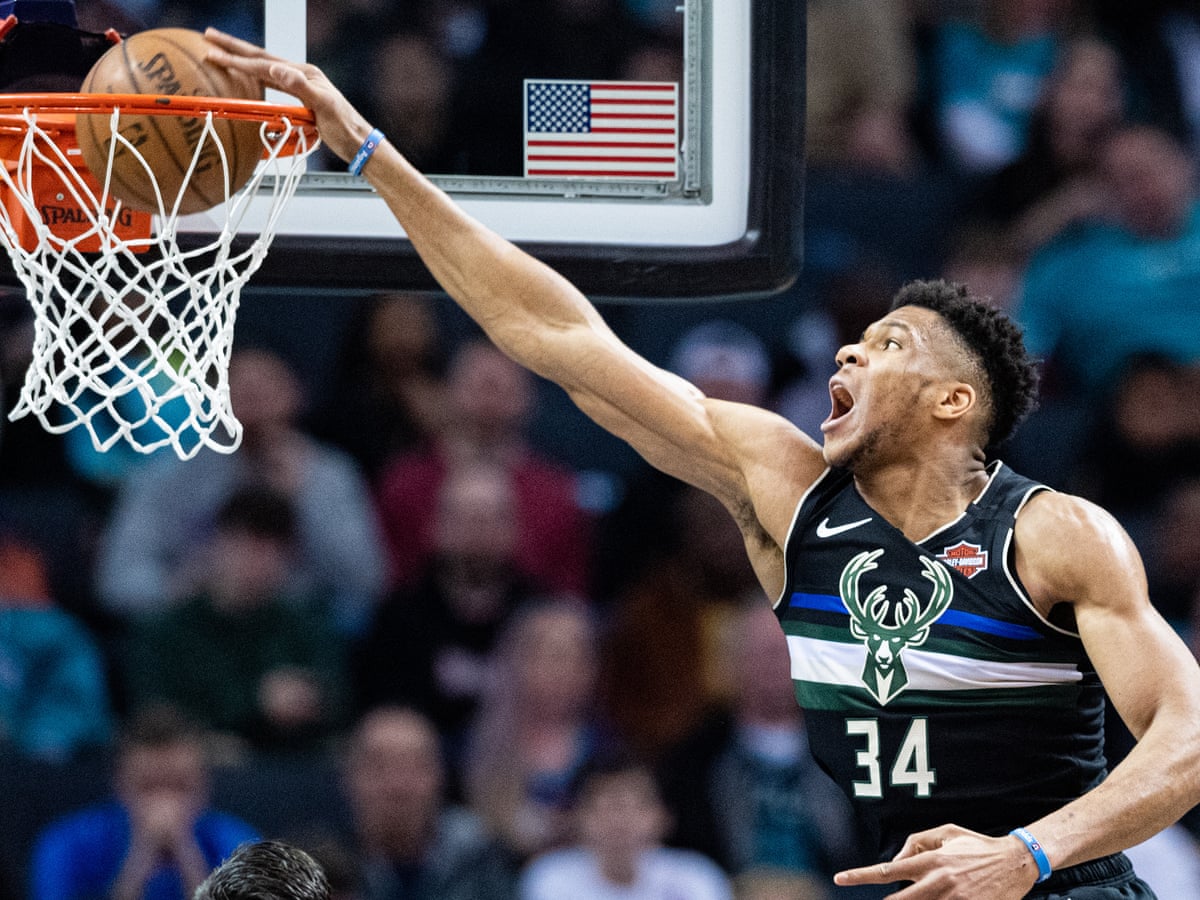 Giannis Antetokounmpo led all scorers with 31 points.  He also added nine rebounds, an assist, and a block.  Giannis shot well from the floor, going 14/21 including 2/5 from behind the arc.  Unfortunately, Giannis’ frustrating free throw struggles made this game much closer than it should have been.  The two-time MVP went to the line 10 times, but made only one free throw.  He also missed most of the third quarter after committing his fourth foul early in the period.

With Giannis struggling to make free throws, the Bucks gave the ball to Khris Middleton with the game on the line.  The reason being, of course, that if the Mavs chose to foul, Middleton would be going to the line instead of Giannis.  Their strategy paid off, and Middleton hit several clutch shots late in the game to keep the Bucks ahead.  The two-time All-Star finished with 25 points, eight rebounds, and six assists.

Newcomers Provide Sparks on Both Ends 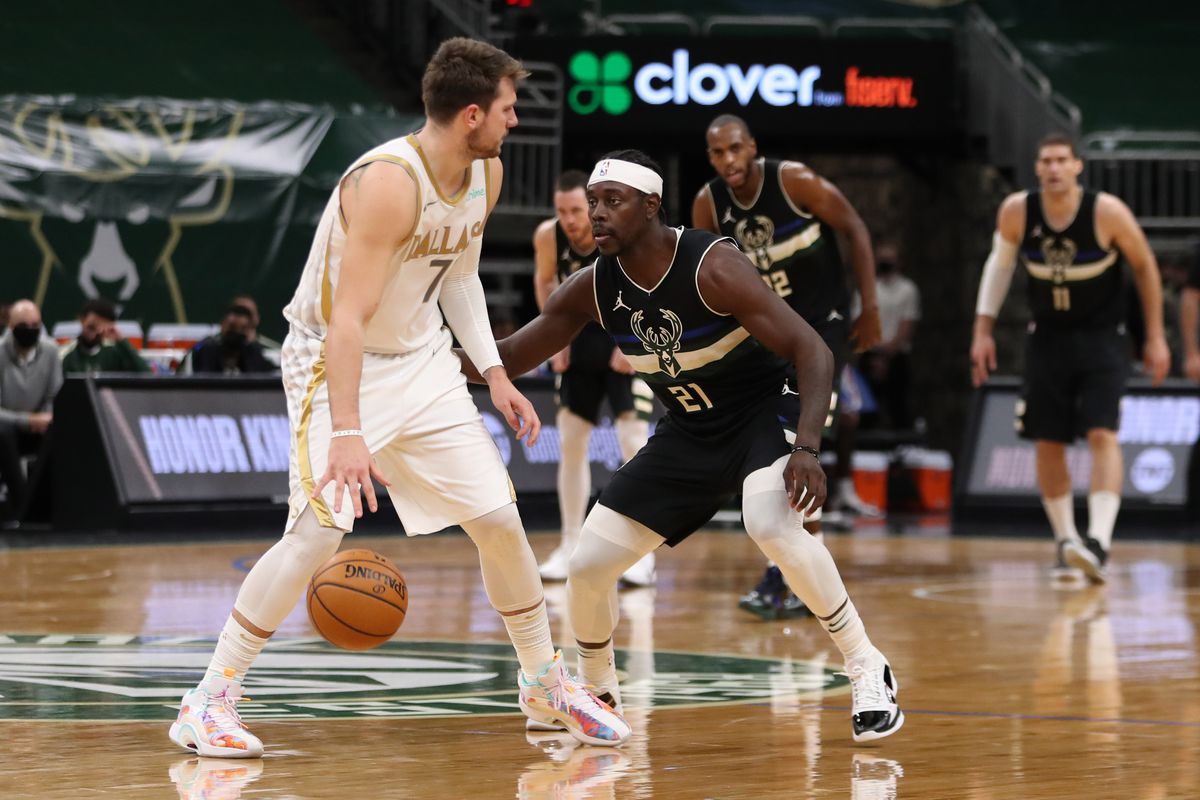 As highlighted here, Jrue Holiday is an absolute force on defense.  On this night, Holiday spent some critical time defending Mavs’ star Luka Doncic.  While defending Doncic, Holiday consistently made life difficult for the third-year star.  Doncic got his, though, throughout the game, finishing with 28 points, 13 assists, and nine rebounds.  However, Holiday’s impact was felt.  In addition to this, Holiday blocked Kristap Porzingis’ half-court heave at the buzzer to end the half.

On the offensive side, Bobby Portis once again provided a spark that the Bucks have lacked off the bench in previous seasons.  Portis did not have his best shooting night (3/8 for eight points), he totaled 13 rebounds, five of which came on the offensive end.  In crucial moments when the Mavericks stopped the Bucks, Portis reset the shot clock for the Bucks.  His ability to extend possessions on Friday is a major factor as to why the Bucks won. 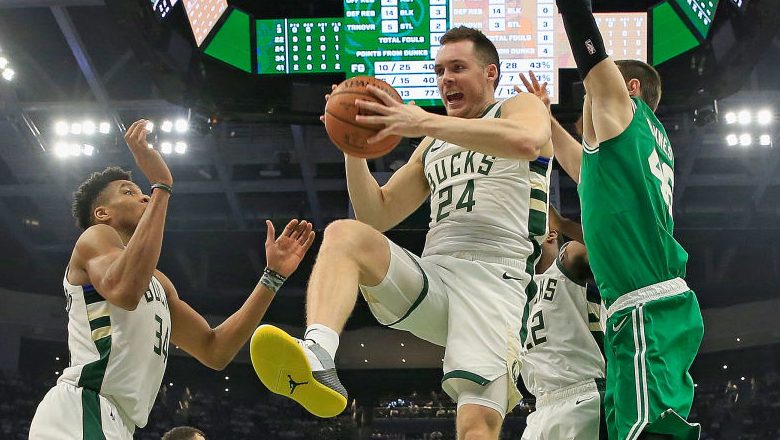 Khris Middleton has established himself as a legitimate second option on a championship level team.  He has consistently taken control of the offense in key moments this season, using his mid-range shot to frustrate defenses.

Pat Connaughton did not score any points, but recorded six rebounds, five assists, and two steals in 21 minutes.  Three of his rebounds came on the offensive end.  Like Portis, Connaughton was, at times, single-handedly responsible for the Bucks getting second-chance points, even if he was not the one scoring them.

As mentioned, the Bucks need to learn how to win close games.  The Mavericks are a playoff-caliber team in the West.  Defeating them in such a close manner provides Milwaukee with much needed experience in grinding out close wins.