Matt Lafleur has asserted himself as one of the best head coaches in the NFL over the last three years.  His ability to get the most out of the players around him has been on full display.  He also has an astounding 41-13 record (including the playoffs) through the first three seasons as a head coach.  Matt Lafleur has also had success in the years prior assuming the head coach title.  While in Washington Robert Griffen III won rookie of the year.  When Matt Lafleur was the quarterbacks coach in Atlanta, Matt Ray won the MVP and the Falcon went to the Super Bowl.  While Matt Lafleur was the offensive coordinator with the Rams, they had the number one scoring offense in the NFL.  Success and respect has seemed to follow Lafleur where ever he goes.  That is why a free agent he has success with in the past may be enough to lure him to Green Bay.

On February 5, 2015, LaFleur returned to the NFL as the quarterbacks coach for the Atlanta Falcons.  He worked under offensive coordinator Kyle Shanahan.  They had previously worked together while with Washington and Houston. LaFleur’s younger brother, Mike, was also an offensive assistant with the Falcons.

In 2016, LaFleur coached Matt Ryan on his way to winning his sole NFL MVP award. The Falcons reached Super Bowl LI, where they faced the New England Patriots.  I think many of us remember how that one ended.  The other player who had a monster year that year?  Julio Jones.  In fact during the two years that Matt Lafleur was in Atlanta, Jones averaged: 166 targets, 110 receptions, 1,640 yards, and 7 touchdowns.  Some of Julio Jones’ best years were had while Lafleur was in town.

Could Those Years Lure Julio Jones to Green Bay? 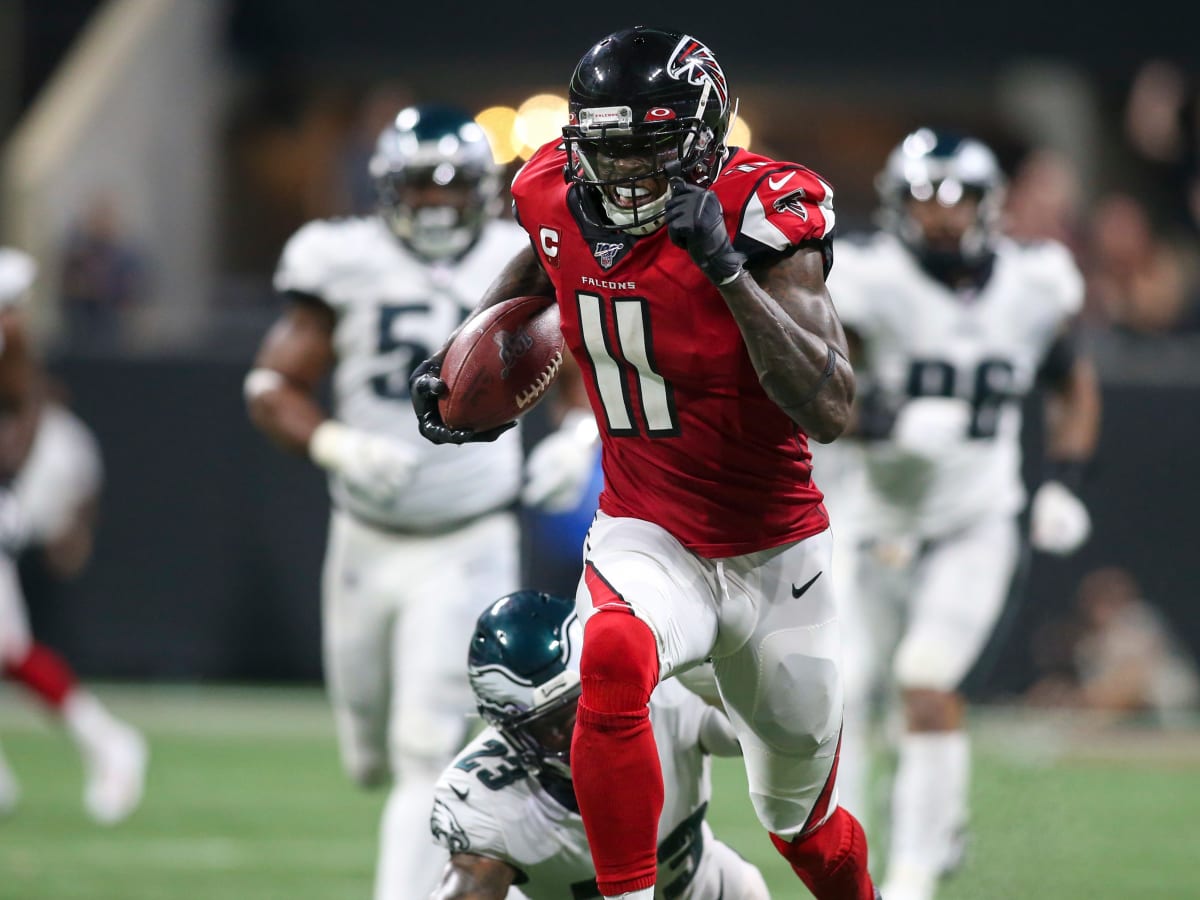 Julio Jones has seen first hand, and from afar what type of seasons wide receivers can have under Matt Lafleur.  A reunion between the two makes a lot of sense.  The Green Bay Packers have $17M in cap space. In these presumable final years of the Aaron Rodgers era, the franchise is going to try and chase that Vince Lombardi Trophy.  Green Bay added veteran Sammy Watkins and three rookie receivers, including second-rounder Christian Watson out of North Dakota State.  They also brought back Randall Cobb, Allen Lazard, and Amari Rodgers.

What seems like a crowded wide receiver room has a clear two to three horse race at the top.  Allen Lazard, Sammy Watkins, and then someone who steps up.  Banking on rookies to contribute right away or Randall Cobb to play like he’s 26 again isn’t guaranteed.  There is also still a huge question-mark regarding Amari Rodgers.  Bringing in Julio Jones would create stiffer competition at the top of the depth chart, something this team could use.