Rookie Jordan Nwora has shown some flashes in the 2020-2021 season. While there are still some growing pains, Nwora has the potential to be the backup wing the Bucks are looking for. Nwora was drafted in the second round as the 45th pick in the 2020 NBA Draft. Bucks fans were happy with this selection as he had some real value and high upside. He has shown pieces of that value thus far, and today we are going to take a look at why he deserves some more time. Let’s check it out!

During Nwora’s time at the University of Louisville, he played 93 games and averaged nearly 14 points, 6 rebounds, and 1 assist in his career. Those numbers don’t jump off the stat sheet, but taking a deeper dive into the stats shows his value. In Nwora’s college career, he had a 21.3 PER (Player Efficiency Rating). The average PER for a basketball player is a 15 PER. Nwora also had a 53.5% effective field goal percentage. For reference, anything over a 45% effective field goal percentage is considered excellent. Jordan was known for his three-point shooting and rightfully so as he shot nearly 40% in all three seasons at Louisville. Nwora was projected to go late in the second round or undrafted. Scouts also said that he could be a steal for any team that is able to pick him up. Let’s look at his early professional career.

For the beginning of Nwora’s professional career, he has done well in limited minutes. He has appeared in 19 games averaging 8.2 minutes per game while averaging 4.3 points on 40% shooting. Nwora is also shooting 46.7% from behind the arc. Jordan’s first true test was a March 27th matchup against the New York Knicks. With most of the starters out with injury, Jordan earned his spot in the starting power forward spot. With only 8 players available in the matchup, Nwora played 36 minutes. Nwora had a pretty impressive performance with a statline of 21 points, 10 rebounds, 2 assists, and 1 steal. He shot 39.3% from the field and 50% from three. Nwora notched his first NBA double-double and earned the respect of Coach Mike Budenholzer. Jordan showed what he was able to do with more minutes and it was an impressive showing.

The Rook is straight ballin'. pic.twitter.com/IjzwsQ0LSv

At this point in time, Jordan’s defensive ability is best shown as a combo defender. His ability as a defender will absolutely improve during his development in the league. Nwora is not an off-ball playmaker at this point in his early NBA career but he has so much upside on his defensive ability. Another area where Jordan shines is his post defense. Nwora has excellent technique when it comes to his post defense. Jordan has a strong upper body and plays much bigger than his size. His lower body strength is also used as leverage when defending larger players. He is a very difficult defender to back down in the post and he uses that ability to his advantage. While he does have area to improve in his pick and roll defense and court awareness, he does show flashes of good defensive ability. That ability will only improve with more time in the league.

The main draw for Nwora is his three-point shooting ability. He has consistently been a sharpshooter from three. He showcased his ability in college and during his 36 minutes against the Knicks. The Bucks under Mike Budenholzer have been known for their three point shooting especially in the 2018-2019 season. Adding a guy like Nwora who has an NBA veteran three-point shooting ability would be a perfect fit for Budenholzer’s system. Milwaukee is also searching for a backup wing currently. Since Nwora hasn’t had the most experience in the system so far he hasn’t earned that spot just yet but Jordan and Khris Middleton have been watching film together. Khris being Jordan’s mentor should help expedite the process of learning the system and correcting mistakes. Once Nwora is better familiarized with the system, he should be given more chances to prove his ability. 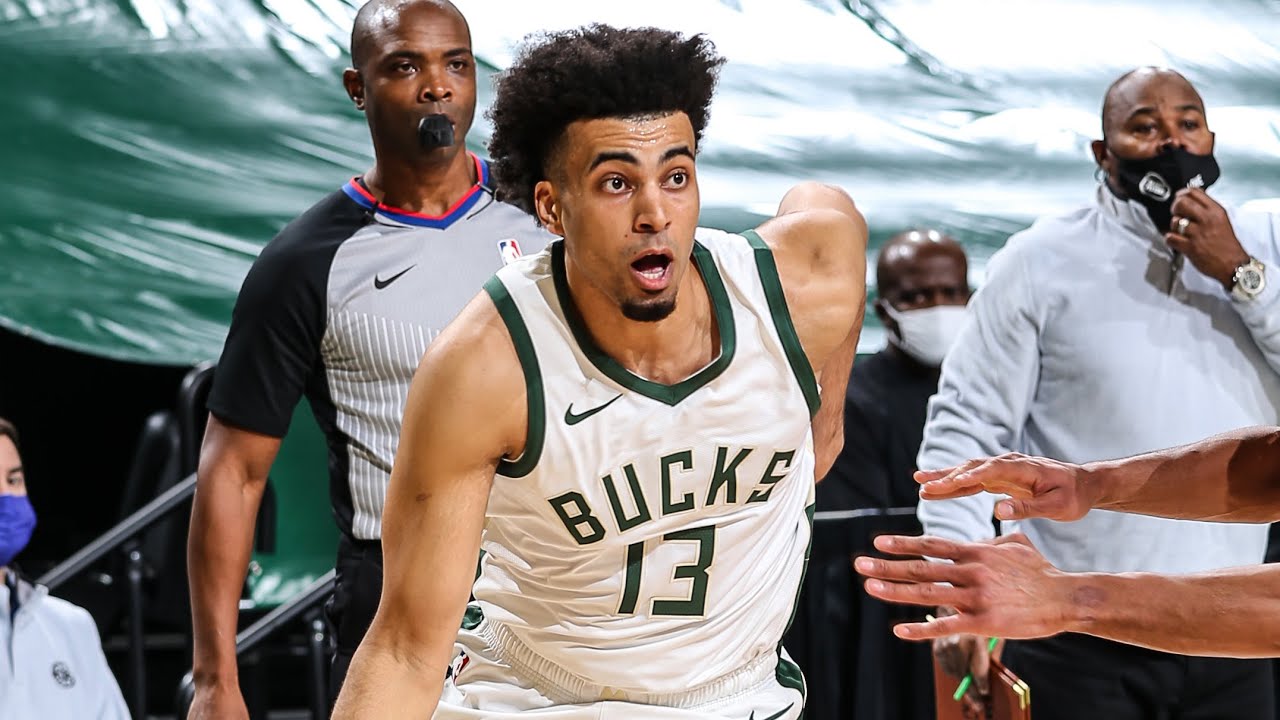 While Jordan Nwora is still young in his NBA career he shows quite a bit of upside on the offensive and defensive sides. His three-point shooting makes him stand out but he has the ability to become known for his defense in the post. Coach Budenholzer should take a long look at Nwora as we continue into the second half of the NBA season. He could be the answer the Bucks are looking for as a backup wing. Nwora has become a popular figure in the Bucks fandom. Maybe he will get his chance to play with the stars of this Milwaukee Bucks team sometime soon!

Call Mayfield Sports Marketing at 262.366.8188 to schedule Jordan Nwora for your corporate appearance or product promotion. Our booking agents will work on your behalf to get you the best price for your desired sports speaker.

Mayfield Sports Marketing has earned a reputation of being the one to call for booking top athletes to speak at events and trade shows. To learn more about Jordan Nwora appearance cost and booking fee, please call us today. www.MayfieldSports.com