Aaron Rodgers is coming off of his second-straight MVP season. While many of the rest of the Packers team is currently taking part in voluntary OTA’s, Rodgers is on the golf course. He has teamed up with Tom Brady to go up against Patrick Mahomes and Josh Allen in a celebrity golf match. In the weeks leading up to The Match, the two elder quarterbacks have traded insults with the two younger quarterbacks on social media. As the four quarterbacks set to tee off on Wednesday night, Aaron Rodgers took one more dig at Patrick Mahomes.

The joke, of course, is a dig at Patrick Mahomes’ brother, Jackson Mahomes. The latter brother has made headlines for all the wrong reasons when it comes to his TikTok dances. Infamously, he filmed a TikTok dance on a memorial that the Washington [Commanders] had on their sideline for the slain Sean Taylor.

Of course, Aaron Rodgers is not a stranger when it comes to jokes about one’s family. One of the most well-known things about Rodgers’ personal life is that he is estranged from his parents and siblings.

Aaron Rodgers and the Match 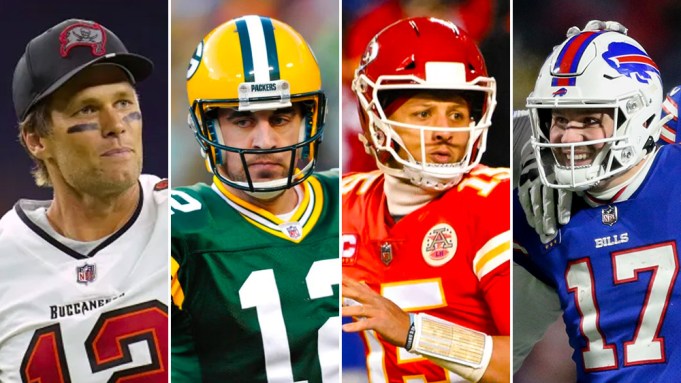 As mentioned, Aaron Rodgers is participating in a golf match with Tom Brady, Patrick Mahomes, and Josh Allen. Rodgers and Brady teamed up as an older duo while Allen and Mahomes teamed up as a younger one.

This edition of The Match is actually the sixth time it has taken place. The first was a one-one-one match between Tiger Woods and Phil Mickelson. Mickelson defeated Tiger and went home with a cool $9 million purse. Since then, the organizers of the event have broadened its horizons. This year’s Match is the first that does not feature a PGA golfer. The last three Matches have seen their winners donate the money won to various charities. The exact amount of the purse that will be donated in this edition is not known at this time.