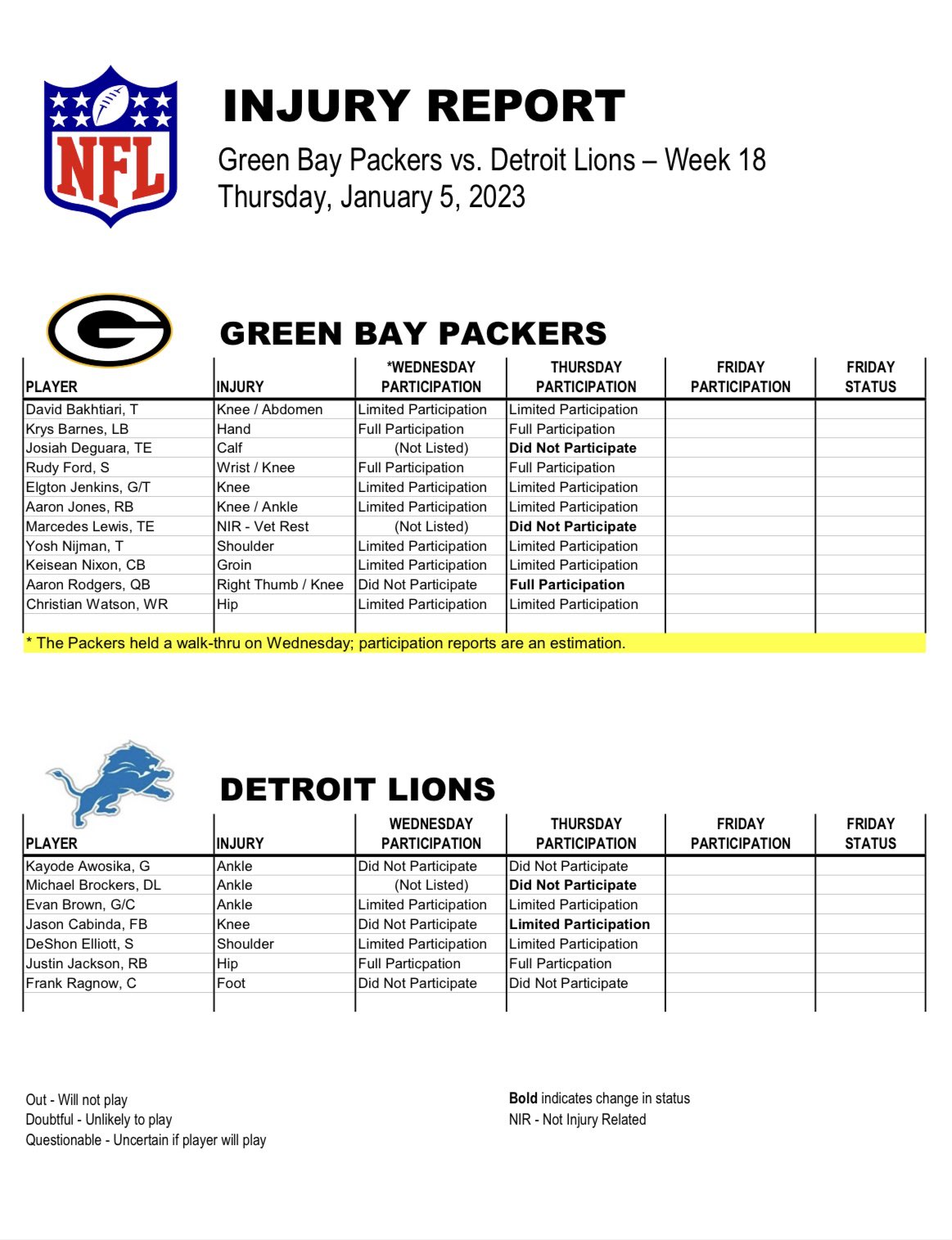 Only two players for the Packers did not participate in practice.  Tight-end Josiah Deguara and Tight-end Marcedes Lewis.  However Lewis’ DNP was not due to injury, rather it was for veteran rest.  Deguara is dealing with a calf injury.  The rest of the Green Bay Packers practiced in some capacity and there seems to be no reason to think they won’t play on Sunday.  Both DB/KR Keisean Nixon and WR Christian Watson were game time decisions last week and neither one has seen any setbacks this week.

The Detroit Lions had three players had three players who did not participate.  G Kayode Awosika, DL Michael Brockers, and C Frank Ragnow.  Time will tell if they are able to go for Sunday’s game.  For now, the Packers seem to be going into Week 18 relatively healthy.  They will need everyone they have in order to keep up this improbably playoff push.