Jrue Holiday Extension Is Proof That Milwaukee Is A Premier Destination Early on Easter Sunday, it was reported that Jrue Holiday had signed a four-year $160 max extension to remain with the Milwaukee Bucks for the long-term.  This past offseason, the Bucks traded Eric Bledsoe, George Hill, and three first round picks to the Pelicans for Holiday.  He had one guaranteed year left on his contract, with an option for 2022.  The signing is just another in a recent series of high-profile athletes choosing Milwaukee/Wisconsin as their long-term home.  Indeed, these recent signings are evidence of just how much the culture of Milwaukee teams have changed throughout the years.  At one time, Milwaukee was a last resort option for many players.  Now it is a place they consciously look into in order to continue their careers.

Kareem Abdul Jabbar Forced His Way Out of Milwaukee

The Milwaukee Bucks’ best number one overall pick is without a doubt the NBA’s all-time leading scorer.  Kareem Abdul Jabbar made the Bucks into a force in the 1970’s, and won the franchise’s only NBA title in 1971.

However, the superstar center was not happy in Milwaukee.  He cited the racism of the city and its lack of culture as reasons why he would not re-sign with the Bucks when his contract expired.  This led the team to trade him to the Los Angeles Lakers for a plethora of players, some of whose numbers hang along with Kareem’s in the rafters of Fiserv Forum.

Regardless of the extent of the truth of Kareem’s beliefs about the city, the fact of the matter was that Milwaukee was not a place that was attractive to big-name players.  As the history of the franchise would show, it struggled to attract free agents who just did not find the city an ideal place in which to play. 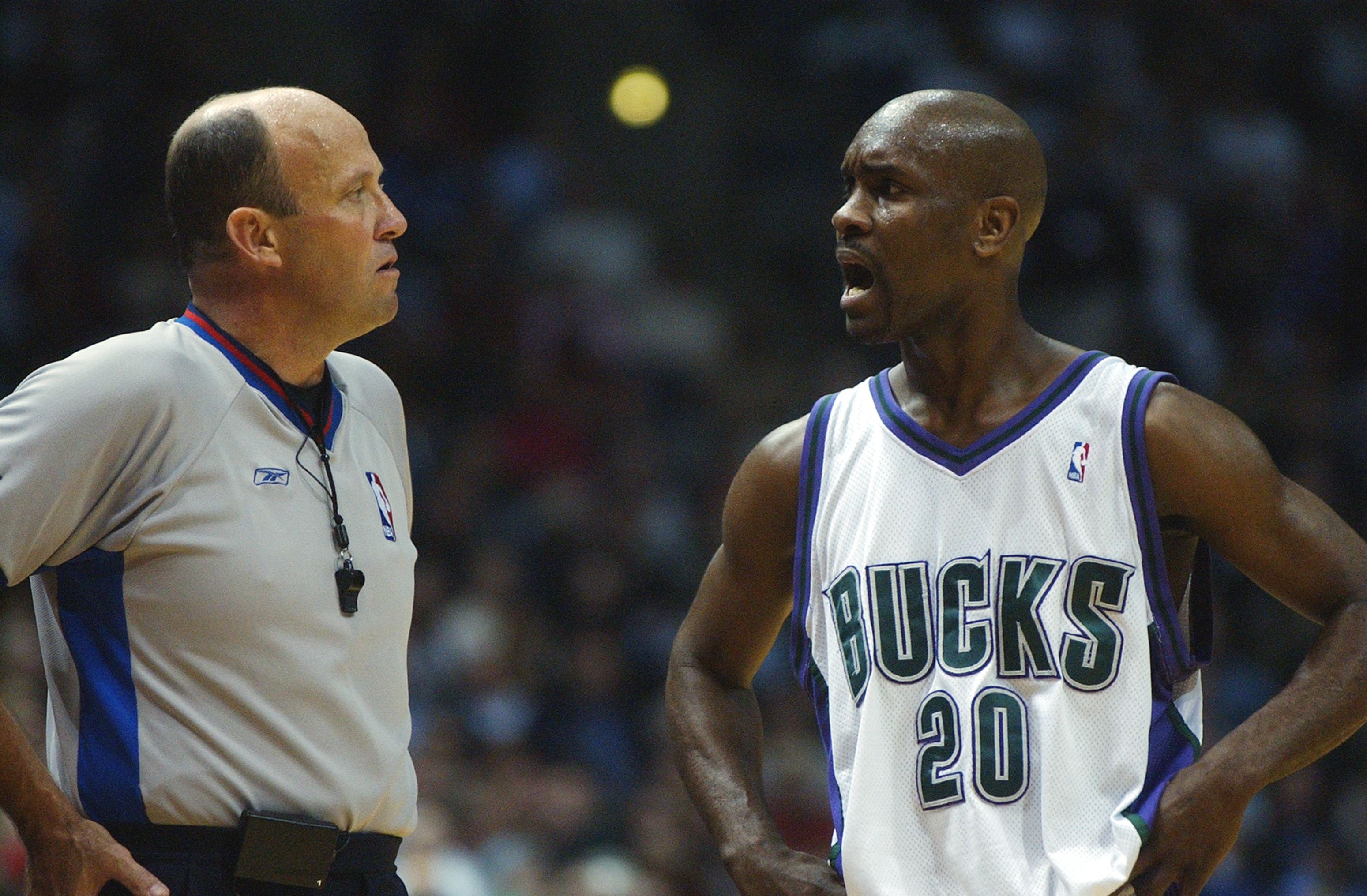 In one of the most unpopular trades in franchise history, the Bucks traded fan-favorite and All-Star Ray Allen to the Seattle Super Sonics for Gary Payton and Desmond Mason.  The trade occurred midway through the 2002-2003 season. While Allen would go on to spend four All-Star seasons with Seattle, Gary Payton would finish the year before moving on to Los Angeles.

While Payton did not play poorly for the Bucks (19.6 points and 7.4 assists per game), he was very outspoken about his disdain for the city.  The Bucks’ organization at the time, too, was an absolute dumpster fire.  George Karl had fired all of his assistants, broke up the Bucks’ big three, and made an up-and-coming team one that no one wanted to play for.

Malcolm Brogdon Did Not Want To Play In Milwaukee

More recently, the former Bucks’ point guard and Rookie of the Year winner forced his way out of Milwaukee.  The Bucks traded him to Indiana for two second-round draft picks.  Brogdon cited the underlying racism in Milwaukee as the reason he no longer wanted to play in the city.

Many fans still hate that the Bucks traded Brogdon, but they do not seem to realize that he did not want to be here.  What is ironic about his reasoning is that the Milwaukee Bucks are one of the teams leading the way in the movement for social justice reform.  In any case, had he stuck around longer, he may have seen quite the culture change first-hand.

The lingering question of the past offseason was whether or not Giannis would sign the supermax contract the Bucks had reportedly offered him.  Around the league, many assumed he would not, citing Milwaukee’s small market and lack of playoff success.

However, Giannis did sign the deal much to the relief of Bucks fans.  His signing indicated his happiness with the organization and the direction in which it is headed.  Giannis also made sure to say how much he loved Milwaukee, calling it “My city.”  He expressed a desire to be part of the on-going change in the social culture of Milwaukee, and that he feels that the city is headed in the right direction. Jrue Holiday’s extension is just further evidence that the Bucks and the city of Milwaukee have gone from a cancer in the eyes of free agents to an ideal place to play.  Outside of basketball, Brewers’ MVP Christian Yelich signed a nine-year deal to say in Milwaukee.  Yasmani Grandal came to spend a year in Milwaukee because he saw how much fun the players were having (and to leverage himself a larger contract after his one year was over).

Overall, the Holiday extension should be seen as just as important a signing as the Giannis supermax.  Not only can the Bucks and Milwaukee retain their own players, they can attract others to come and compete in the city their own players love.

Call Mayfield Sports Marketing at 262-366-8188 to schedule Jrue Holiday for your corporate appearance or product promotion.  Our booking agents will work on your behalf to get you the best price for your desired sports speaker.

Mayfield Sports Marketing has earned a reputation of being the one to call for booking top athletes to speak at events and trade shows. To learn more about Jrue Holiday appearance cost and booking fee, please call us today. www.MayfieldSports.com.