In the second round of the 2008 NFL Draft, the Packers selected Jordy Nelson thirty-sixth overall. Since then Nelson has been inducted into the Kansas and Wisconsin sporting halls of fame. After his illustrious nine year career with the Packers, he earned a nice final payout from the Raiders. Despite battling injuries throughout his career; both collegiate and professional, Nelson created a reputation of being one of Aaron Rodger’s most reliable targets. Let us take a look at what made this legendary receiver so great and what he is up to after retiring. 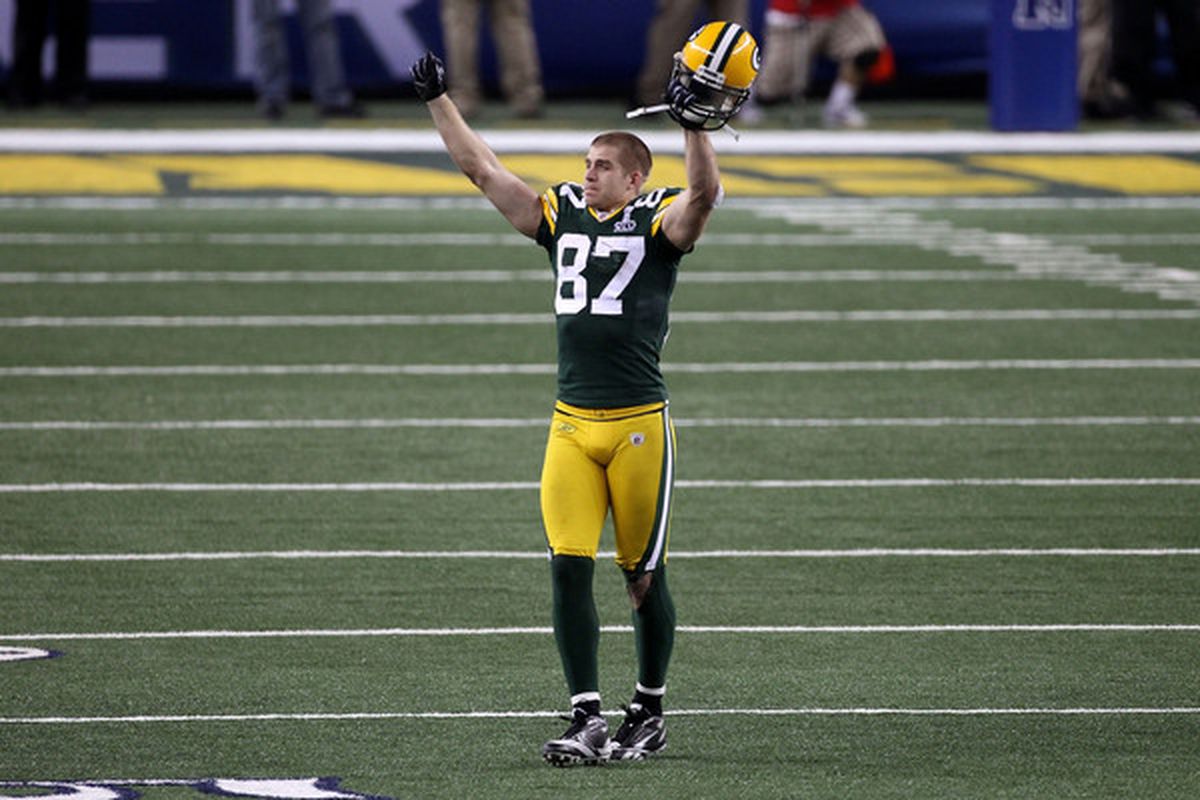 With company of Matt Ryan and Joe Flacco, Nelson, is one of the most notable players to come out of the 2008 Draft class. Nelson was the third wide receiver taken, behind Donnie Avery and Devin Thomas. Nelson arguably had the most prosperous career of any wide receiver taken in 2008. DeSean Jackson is the only other receiver that had a comparable level of success throughout his tenure in the NFL. Nelson posted four 1,000 yard seasons until Father Time caught up to him in 2017.

Jordy’s toughness was well established in his collegiate days at Kansas State. He played through the majority of the 2006 season despite suffering  a grade-one PCL tear in his knee. This was a rare instance of an injury improving a player’s draft capital. Following his most successful year in 2014, posting 1,514 receiving yards, the second team all-pro player again faced adversity. In most unfortunate fashion, Nelson suffered a Grade-A ACL tear in a pre-season game and missed the entire 2015 season. inspiringly, he returned in 2016 and posted another 1,000 yard season. His 2016 performance earned him the NFL All-Pro Comeback player of the year title by a landslide.

Life After the NFL

Unsurprisingly, Jordy Nelson isn’t one to forget his roots. Despite making fifty-seven million dollars over the years, the ex-superstar continues to work on his family farm. He enjoys working twelve hour days as if he hasn’t earned a day off. It is glaringly clear that this work-ethic of the Nelson family, contributed to the All-Pro comeback player of the year’s success in the pros. Having been a walk-on at nearby Kansas State, the career of Jordy Nelson epitomizes the American Dream and what an individual can achieve with a strong work ethic.