If you had to write the book on how to transition from one franchise player to another, look no further than Green Bay.  The way the Packers transitioned from Brett Favre to Aaron Rodgers was near flawless.  It resulted in Super Bowl Championship just three years after Favre left.  Fast forward more than a decade later and Green Bay could be in the midst of another transition.  This one, however, has come under much scrutiny over the last three years.  But we just may be starting to see glimpses of what Jordan Love can do.

Jordan Love Looking Like A First Round Draft Pick 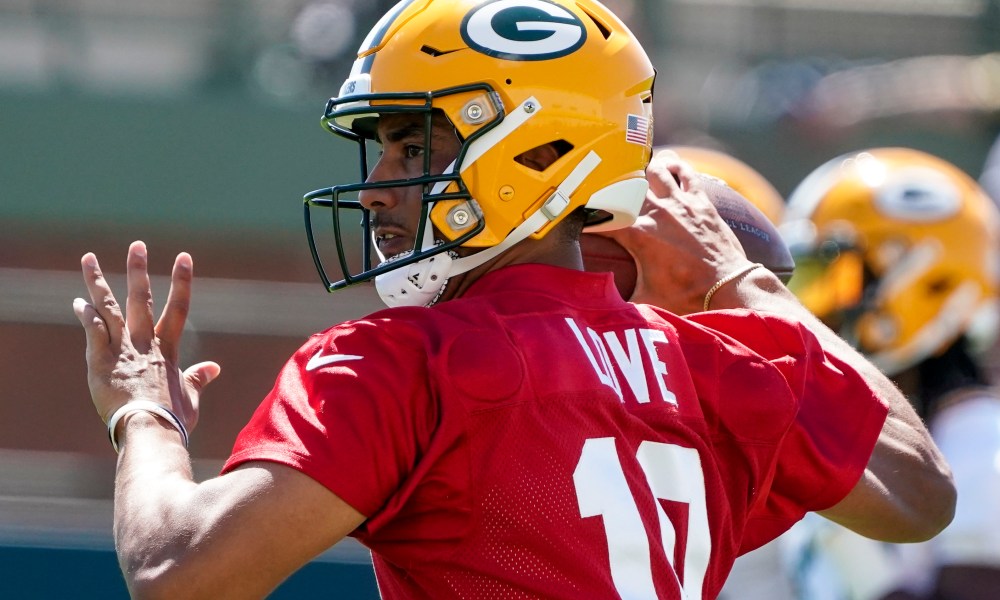 According to Tom Silverstein, Jordan Love connected with veteran Sammy Watkins for a big play.  Then just minutes later found rookie Romeo Doubs for a touchdown on a third down in the red zone to finish off the practice on Tuesday.

Wes Hodkiewicz of Packers.com described Love’s completion to Watkins as his “best throw of camp” considering he was under pressure in the pocket.

Marquez Eversoll of WDUZ talked about two completions.  One to tight end Dominique Dafney, and one to rookie receiver Samori Toure.  Both over the middle that Love displayed “good zip” on the football.  Andy Herman of Packer Report picked Love as one of his players of the day for Tuesday’s practice.

Everyone is taking notice of Jordan Love:

Could year three be the year that Jordan Love shows he is legit?  We have to remember that year one for him was during the COVID-19 Pandemic.  That meant no OTAs, no training camp, no preseason.  On top of all that, he basically sat out all year.  2022 is only the second time he has been able to benefit from practicing prior to any real action.  He is still developing into the quarterback that he wants to be in this league.

It also must be mentioned that Aaron Rodgers could hang up the cleats any year now.  While Aaron Rodgers did sign that massive three year $150M extension, his cap hit is only realistic for this year ($28M) and next year ($31M).  After that it sky rockets.

This would put Rodgers in Green Bay through the 2024 season.   Jordan Love’s four-year deal came with a team option for his fifth season in 2024. Per Spotrac, the deal should be worth $12.4 million over the next four seasons, plus a $6.5 million signing bonus.  That gives Green Bay plenty of time to decide if Love is the future, and if things keep trending in this direction, he certainly could be.