While the 23-7 loss to the Vikings was bad, what was even worse was the slew of injuries that the Packers sustained. One position that got hit especially hard was inside linebacker. Krys Barnes was carted off the field in an air cast. Today we got the first update on Packers linebacker Krys Barnes.

#Packers LB Krys Barnes, who was carted off Sunday with his right leg in an aircast, is believed to have suffered a high ankle sprain and calf injury, per source. He’ll miss some time, but the initial hope is he could be back in a few weeks.

It seems the injury was not as serious as first thought. He is believed to have a high ankle sprain and calf injury. Many speculated that he had broken his ankle but this does not seem to be the case. High ankle sprains are notoriously painful and adding a calf injury into that probably caused the Packers medical staff to act with caution. The NFL is wanting teams to be cautious with their injured players and this is what the Packers were doing. This is a great injury update for Krys Barnes if you are a Packers fan. 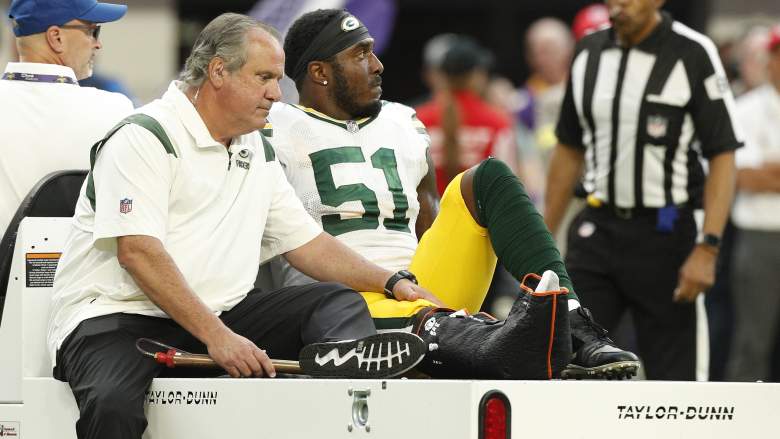 With this only being muscle related, there is optimism that he could only be out for a few weeks. Muscles injuries are often tricky to determine a timeline on. However, the great news is that it does not seem season ending. A more set timeline will probably come this week. In the meantime, the Packers will have to rely on backups to step up. Quay Walker also went down with a shoulder injury and his status is unknown as of the writing of this article. More updates on Krys Barnes’ possible return will be revealed in the coming weeks as he goes through rehab.

The Packers defense had a rough week 1. The injuries on top of that rough outing do not give many fans confidence. However, the initial injury update on Krys Barnes is positive. The hope is that he can come back soon and make an impact on the field for the Packers.