How the Packers Can Approach Free Agency Sign Veterans Who Want to Win and Deserve a Super Bowl

The free agency market will be filled with certain veteran players who want to be on a contending team. Certainly, the Packers will be one of those contending teams that will hopefully attract some players. Guys like J.J. Watt, who the Houston Texans just released, wants to be on a contending team and try to win a championship. The same goes with Patrick Peterson. At this point in Peterson’s career, he wants to try to win a Super Bowl. There will be a lot of available players with plenty left in the tank to play, but still want to contend for a Super Bowl. Green Bay can certainly use this to their advantage to go after veterans who want to contend for a championship. This will be a good way for the Packers to get guys in free agency.

This is not a must, but the Packers should TRY and re-sign Corey Linsley. The cap space is tight and making it hard to do so. On the other hand, they should make an attempt in re- signing the best all-pro center of the 2020 NFL season. Aaron Rodgers has expressed a desire for the Packers to re-sign Linsley. Yes, they can plug Elgton Jenkins at center and let Linsley walk. Then again, why not re-sign Linsley and keep Jenkins at left guard. That can keep the left side of the Packers’ offensive line intact as it is one of the best in the NFL. It isn’t a must, but the Packers keeping Corey Linsley would be huge for them, but will they re-sign him? Guess we have to found out as free agency is around the corner. 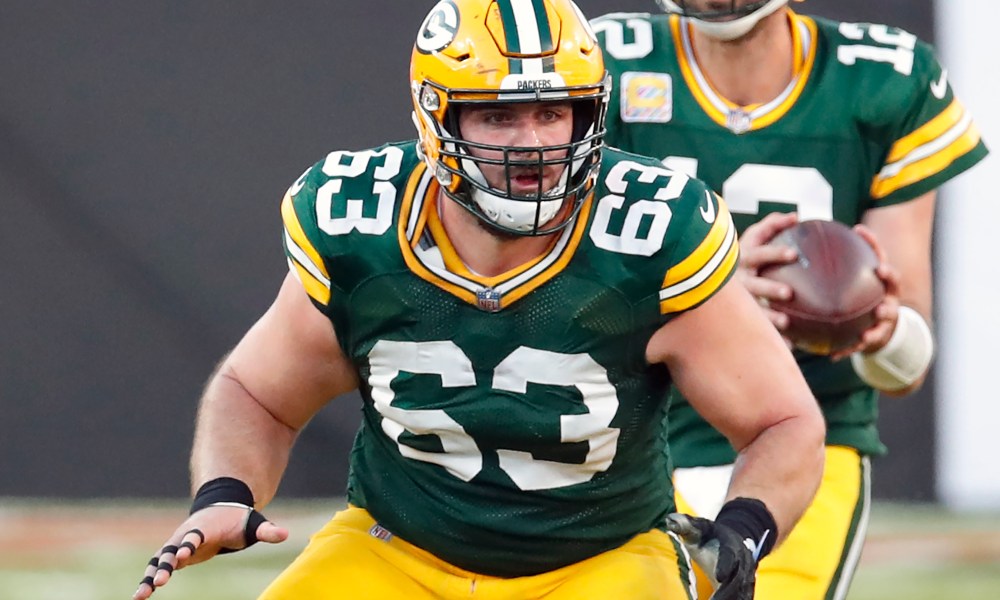 Must Sign a Receiver or Two in Free Agency

I know the Packers certainly have confidence in guys like Allen Lazard, Marquez Valdes- Scantling, and even Equanimeous St. Brown. Even so, the Packers can still add more talent to their wide receivers. Now the Packers do not have to go big at wide receiver, but some moves certainly need to be made. Devin Funchess could be back, but that is a maybe. There are some good value options for wide receivers in free agency. One option for the Packers is Tyrell Williams from the Las Vegas Raiders. He has been hurt the last two years and has since been released. On the other hand though, he can be a solid receiver if he’s healthy. Marvin Jones is another free agent option for Green Bay. The Packers can make attempt at the top guys on the market in Allen Robinson or Kenny Golladay, but they might be out of the Packers’ price range. Even the top offense in 2020 can still improve at the wide receiver position.

Be Aggressive, But at the Same time be Smart

Brian Gutekunst and the Packers have to start being aggressive this coming free agency period. In 2019 the organization showed that by signing Za’Darius and Preston Smith along with Adrian Amos. Those signings paid off as it transformed the Packers’ defense over the last two years. Last Year they were kind of quiet but signed Ricky Wagner, Christian Kirksey, and Devin Funchess, who opted out. This time they have to go all out and bring in more talent. The Packers may have to sacrifice some of the future talent in order to win now and try to go to another Super Bowl. At the same time, they should be smart to not put the Packers in a bad cap space like the Saints who are $100 million over the cap. The Packers championship window is still open, but they need to take advantage and be aggressive if they want to reach another Super Bowl. We will find out next month how aggressive the Packers will be in free agency.