How the “Disrespected” Packers Performed After Green Bay (Part I) On Wednesday, Aaron Rodgers held his first press conference with multiple reporters since his feud with the Green Bay Packers was made public.  Of course, many of the questions were centered around what caused his fallout with the front office.  Rodgers did not hold back his feelings at all.  Among other things, Rodgers described how he felt certain players were disrespected by the organization.  One of the things that he felt should have been different was bringing them back, especially since they could still contribute and wanted to stay (even for less money).

For years, fans and the front office have said that it is better to move on from a player too early than too late.  However, in some cases, these players may have been able to contribute.  Perhaps their presence on the team would have gotten them over the hump in one of the many NFC Championship Games that they lost.  Here, we will take a look at how each of the above players performed after they left Green Bay.  Perhaps Rodgers has a point.

The recently elected Hall of Fame cornerback spent seven seasons with the Packers.  During that time, he played in 100 games (all starts), deflected 99 passes, had 38 interceptions, forced 15 fumbles, and scored 10 touchdowns.  Additionally, he made four Pro Bowls, was a First Team All Pro twice, and won Defensive Player of the Year.

As his time in Green Bay neared its end, it was clear that he was not the shut down cornerback that he once was.  Even though he was willing to take less money to stay with the Packers, Green Bay did not want him back.  Instead, he signed with the Oakland Raiders, the first team he played for in the NFL.

After re-signing with Oakland, Woodson played three more seasons.  He moved to safety and played all 48 regular season games.  Woodson had 10 more interceptions, four more forced fumbles, and another touchdown.  He also made the Pro Bowl in his last professional season.

Clearly, Woodson had more to give.  He was certainly better than any other safeties the Packers had on the roster at the time (a list that includes MD Jennings). 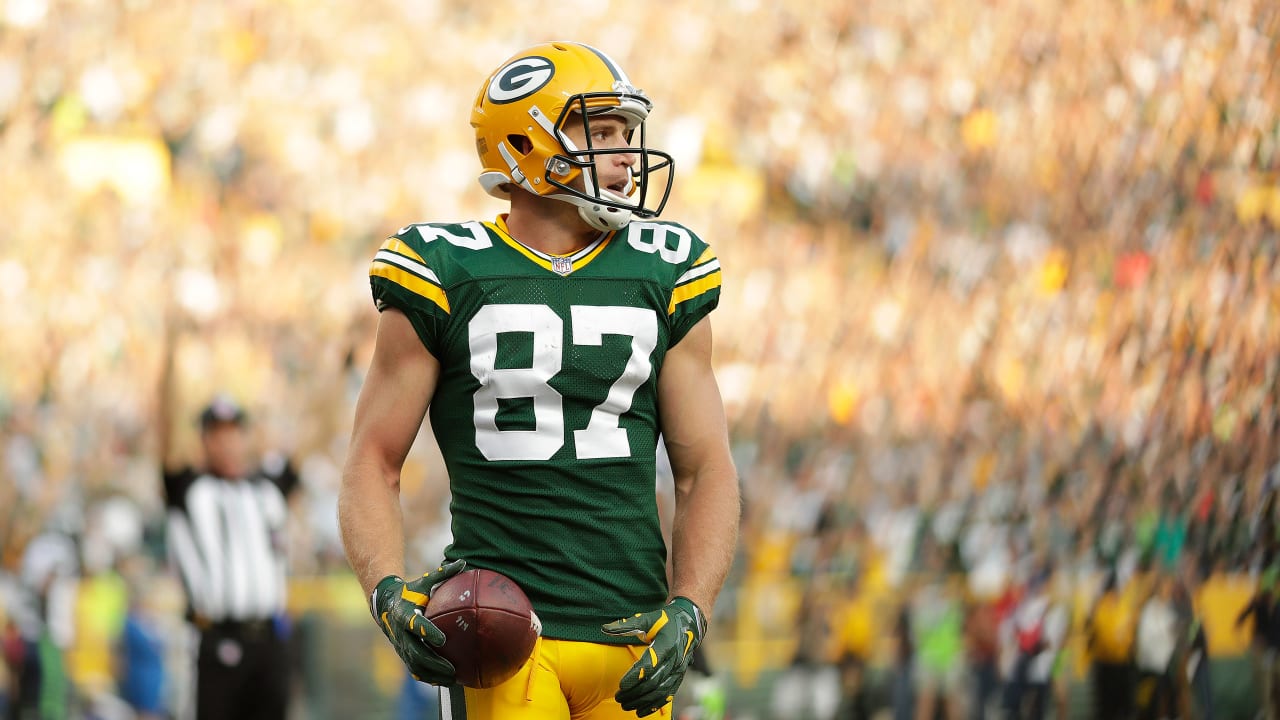 One of the most beloved Packers in recent history was wide receiver Jordy Nelson.  Nelson and Rodgers had such great chemistry, that it seemed as if they could connect at will.  In nine seasons with the Packers, Nelson had four seasons in which he had over 1,200 yards receiving.  After missing 2015 with a torn ACL, he won Comeback Player of the Year in 2016 with 1,257 yards and a NFL-leading 14 touchdowns.

In 2017, though, Nelson’s production dropped and the Packers decided to move on.  Nelson, of course, wanted to remain with the team.  Instead, he signed with the Raiders and put together another solid season after leaving the Packers.  In his one season with Oakland, Nelson had 63 receptions for 739 yards and three touchdowns.  He retired the following year.

Nelson’s 2018 season was much more productive than his 2017 one with the Packers.  Had the Packers been more patient, they would have had a much more reliable receiving weapon alongside Davante Adams.  Over the past few seasons, Adams has been the most experienced and trustworthy receiver on the offense.  Keeping Nelson definitely would not have hurt. 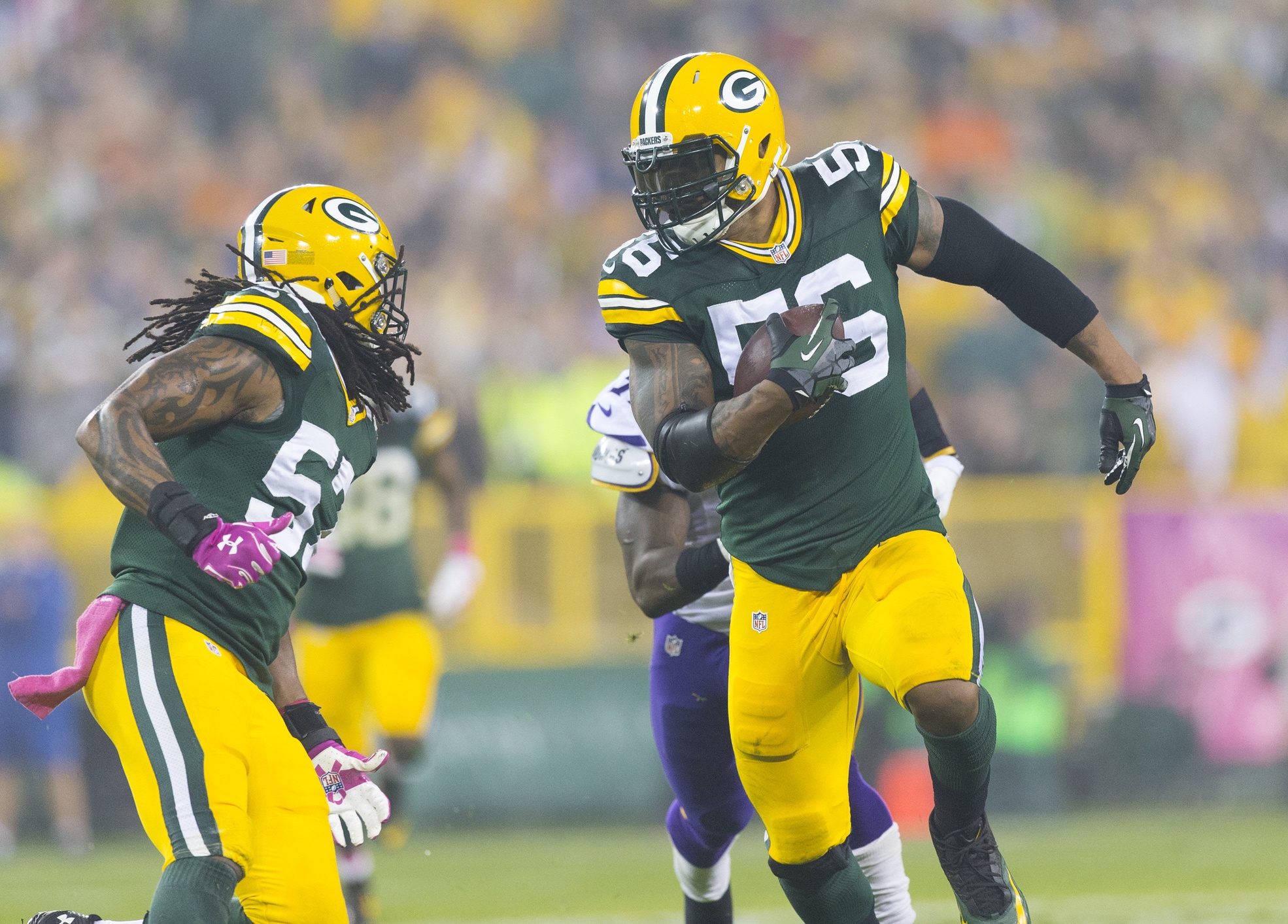 One of the Packers best free agent signings, Julius Peppers came to Green Bay to win a Super Bowl.  Unfortunately, the Packers did not get to the Big Game in his three seasons with the team.  In 2016, Peppers’ last with the Packers, he had 7.5 sacks and two forced fumbles.  Still, the Packers were unwilling to keep the aging outside linebacker.

Instead, Peppers signed with the Carolina Panthers, the team with whom he started his NFL career.  In 2017, Peppers had 11.0 sacks and two more forced fumbles.  During his last NFL season, 2018, Peppers had 5.0 sacks.

To be certain, the Packers could have definitely used a pass rusher or Peppers’ caliber during the 2017 and 2018 seasons.  Unfortunately, they decided to move on from the productive pass rusher in favor of youth.  Their pass rush during those seasons was so poor, the ended up signing two edge rushers (Za’Darius and Preston Smith) to improve it in 2019.

The Packers Way has always been to keep players who are younger and more affordable.  Many times, this has worked out for them.  However, the above examples of Woodson, Nelson, and Peppers show that sometimes, a one-size-fits-all approach is not the best.  Had these players been on the roster longer, the Packers may have had several more wins, and perhaps a Super Bowl.

Check Out Parts II and III

How the “Disrespected” Packers Performed After Green Bay (Part II)

How the “Disrespected” Packers Performed After Green Bay (Part III)