How the “Disrespected” Packers Performed After Green Bay (Part III) Last week, the Green Bay Packers reported for training camp.  Among them was Aaron Rodgers whose feud with the Packers’ front office became very public this offseason.  Not long after camp began, Rodgers gave his first press conference of the offseason in which he gave direct answers about what he drove a wedge between him and management.  Not only was Rodgers direct, he did not hold back.  Throughout the course of the 40+ minute interview, Rodgers listed 12 former Packers that he believed were treated unfairly at the end of their time in Green Bay.

Earlier last week, we covered the first six players on this list and analyzed how productive they were after leaving Green Bay.  In this article, we will look at how John Kuhn, Brett Goode, and T.J. Lang faired after being shown the door. 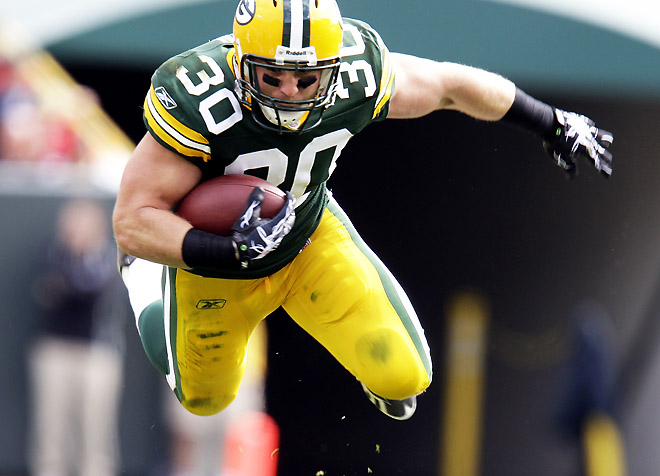 Unlike many players on this list, John Kuhn was not a player who could blow one away with statistics that showed up in box scores.  That does not mean, however, that he was not important nor beloved by fans.  He was both.  This famous throw against the Chicago Bears, for example, was made possible by a key block by Kuhn as Rodgers began to roll out:

Clearly, Kuhn was vital to the Packers’ success, but in such a way that garnered very much praise or appreciation.  This was made clear when the Packers’ front office decided to move on from him after the 2015 season.  Now, while it is true that Kuhn was entering his age 34 season after 2015, the fact of the matter was that he was a Pro Bowler in 2015.  In other words, he was still one of the best full backs in the game.

After being shown the door, Kuhn signed with the New Orleans Saints.  Again, Kuhn did not put up flashy stats in New Orleans, but he did score five total touchdowns, the second-highest mark of his career.  He was limited to just 2 games in 2017, and retired thereafter.  However, Kuhn was not looking for a long-term deal from the Packers.  The team certainly could have used him in 2016. 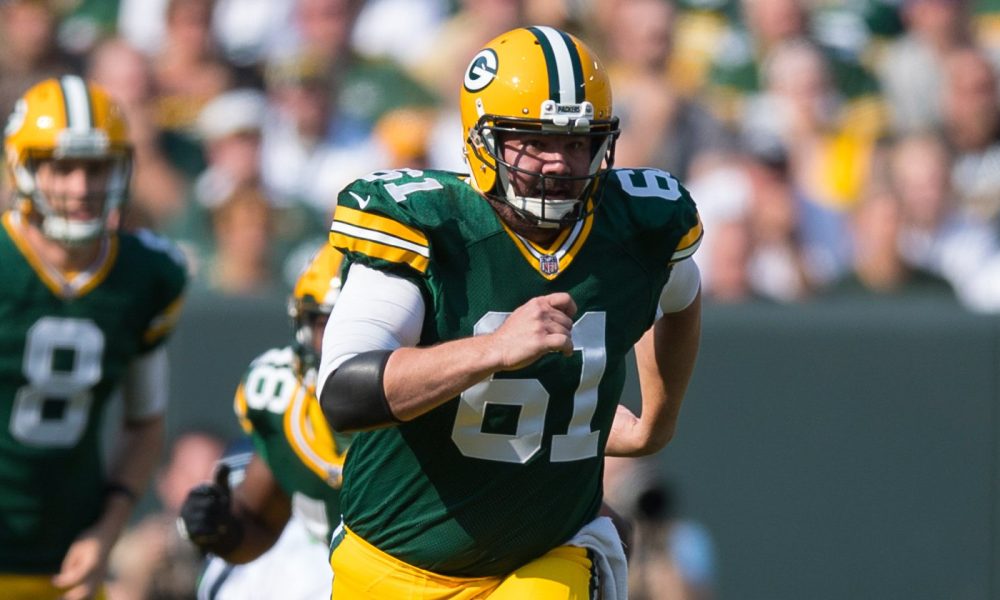 Many fans may not recognize the name Brett Goode.  That is because he played a position that gets very little attention, unless something goes horribly wrong: long snapper.  The fact that Goode flies under the radar of many Packers’ fans is a testament to how good he was at his job.  For 10 seasons, he was a mainstay in the Packers’ locker room and played 152 out of 160 possible regular season games.

After missing six games due to injury in 2017, the Packers decided to move on from Goode.  Unlike other players on this list, he never played another season in the NFL.  Goode is now an insurance salesman in his home state of Arkansas.

Should the Packers have brought back Goode?  Maybe, maybe not.  The fact of the matter, though, is that Goode was reliable and a 10-year veteran.  His last contract was a one-year deal for $900,000.  If he still wanted to compete for a spot on the team, he would not have been very expensive to bring back 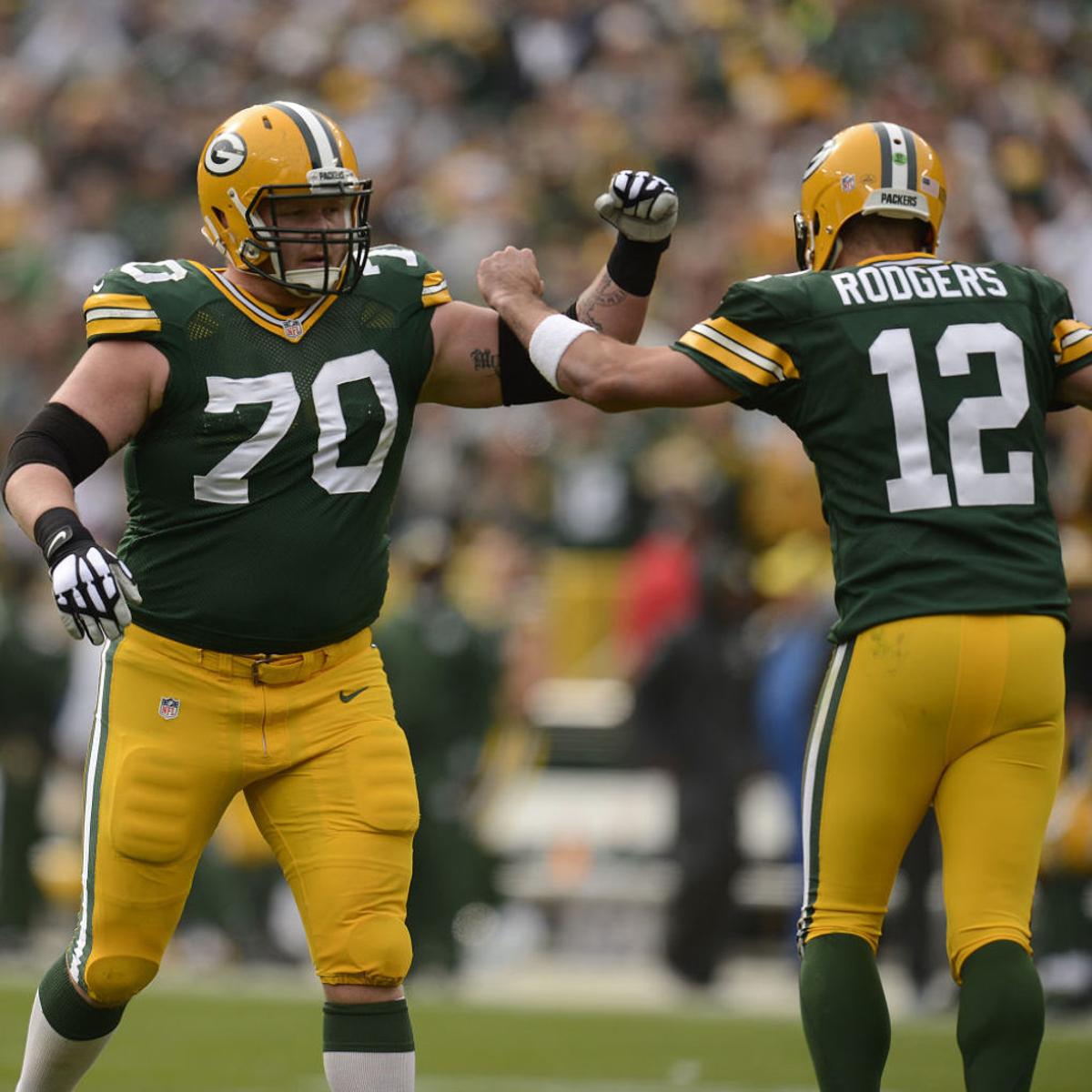 Another Super Bowl Champion, TJ Lang was one of the best, yet underappreciated, players that the Packers have had in recent years.  As one of the men responsible for keeping Aaron Rodgers upright, he earned the respect of the future Hall of Fame quarterback.  The reason for that is simple to determine: he was good at his job.

Offensive lineman rarely get their names called out, unless of course they are doing something wrong.  Lang rarely did.  Finally, in 2016, he got the recognition he so deserved by being named to his first Pro Bowl.  Unfortunately, that was also his final season with the Packers.  Green Bay decided not to bring him back due to costs.

The next season, Lang signed with the Detroit Lions and made his second consecutive trip to the Pro Bowl.  Clearly, he was not done.  In 2018, Lang played in only six games for the Lions and retired following the season.

The Packers have always said that it is better to move on from a player too early than too late.  TJ Lang may have had his career cut short by injury, but he was still an elite player when the Packers decided to show him out.  Even if he had gotten hurt and retired as a member of the team, it would not have cost the Packers much in terms of finances going forward.

For More In the Series