How Aaron Rodgers Bounces Back from MVP Seasons – Part One (2012) It’s no secret that Aaron Rodgers is one of the best quarterbacks in the National Football League. This has been proven time and time again. Most notably with his third MVP award this past season. Everyone knows what the COVID-19 Pandemic did to the previous NFL season. However, Aaron Rodgers didn’t let that phase him, putting out maybe the best season of his career.

This two-part series is going to look at how Aaron Rodgers bounces back from his MVP seasons. What can we expect from Rodgers here in 2021? That question cannot be answered, but it is on record for him to say he’s “all in” for this season. It does not matter what the circumstances- are that surrounded his return to the Packers.

Aaron Rodgers first MVP award came in the 2011 season. He received 48 out of 50 votes, just two shy of being a unanimous vote. The Green Bay Packers failed to make it past the Divisional Round in Rodgers MVP season. However, it was his work in the regular season that really made him stand out. The Packers couldn’t win back-to-back Super Bowls, and that set the stage for the 2012 season. 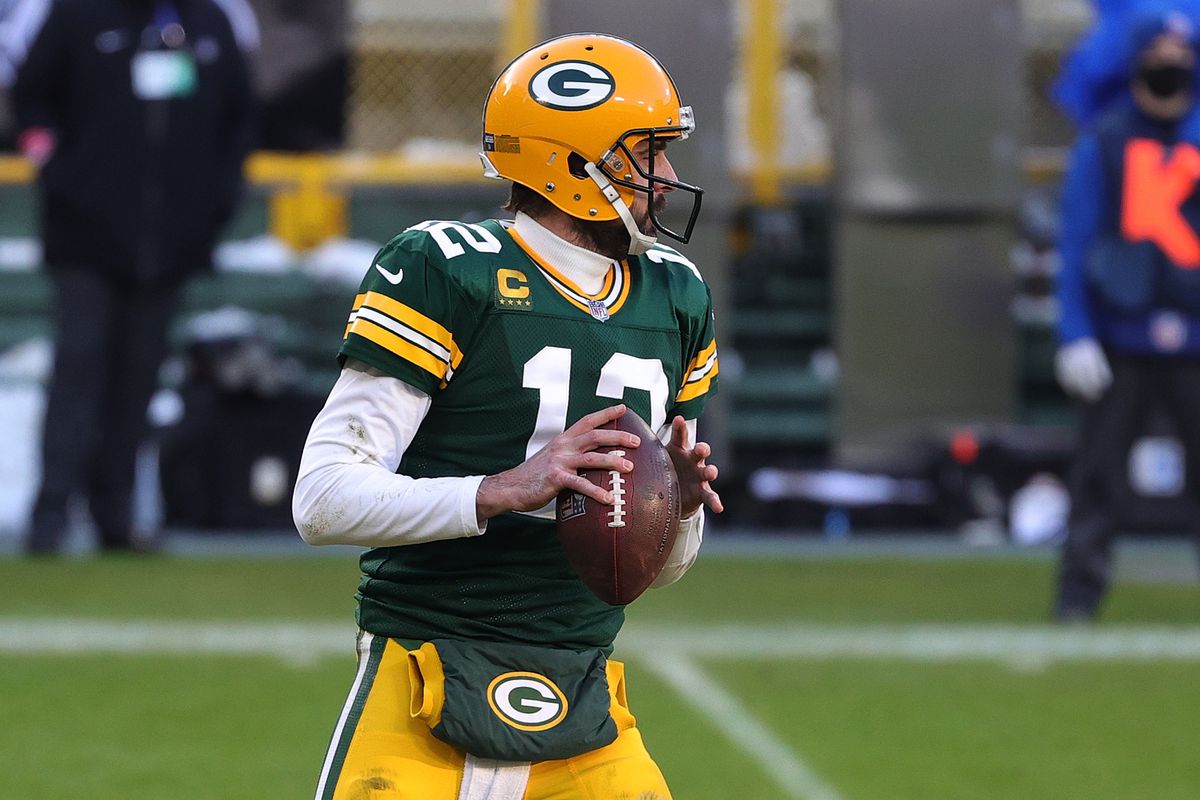 Green Bay Packers fans were spoiled during this run. Aaron Rodgers had Jordy Nelson, Greg Jennings, Donald Driver, and a man who is returning to the team for this upcoming season: Randall Cobb. The season would open on September 9th against one of the teams who Packer fans have grown to hate, the San Francisco 49ers. The 49ers were a huge test for Green Bay during this 2012 season.  Most recently, fans will remember the 2019-20 season, which came to an end thanks to the 49ers.

It was a huge surprise to not only Aaron Rodgers, but the entire Packers organization when this team started 2-3 on the year. Losses to the 49ers, Seahawks, and Colts gave the Packers a losing record. As for Aaron Rodgers, he put up over 300 yards in the opener. The first two games of the year saw Rodgers throw an interception, with his stats being lackluster until a 4TD outing in week four.

While week four may have been a turning point for Rodgers, it was for the entire team as well. A week five loss against the Colts put the Packers at the aforementioned 2-3 record, but that was followed by a five-game winning streak. This team went from 2-3 to 7-3, setting the tone for the rest of the season.

In the first three games of that winning streak, Aaron Rodgers was the hottest quarterback in the league. Rodgers threw for a combined 983 yards, 10 touchdowns, and 0 interceptions in said three game span. Week 11 was a step down, as Rodgers only attempted 27 passes, finishing the game with under 250 yards. He had one touchdown and one interception in that game, and the win streak came to an end the next week.

Green Bay lost to the New York Giants in week 12, the same team that eliminated them from the playoffs the year prior. Rodgers had very similar stats to those in week 11, which was not a good sign. This put the Packers at 7-4, however they went on another win streak, putting themselves at 11-4 heading into the final week of the season.

Unlike the first winning streak, Rodgers didn’t get hot until the second half of this winning streak. Weeks 15 and 16 saw no interceptions thrown by the defending MVP, with a combined 6 touchdowns and 633 yards. Green Bay actually defeated Tennessee 55-7 in week 16, their biggest win of the year.

The season ended with Green Bay losing by a field goal to the Vikings, but it was one of Rodgers best games of the season. 365 yards in the air and 4 touchdowns weren’t enough to get the job done, putting the Packers at 11-5 on the year. 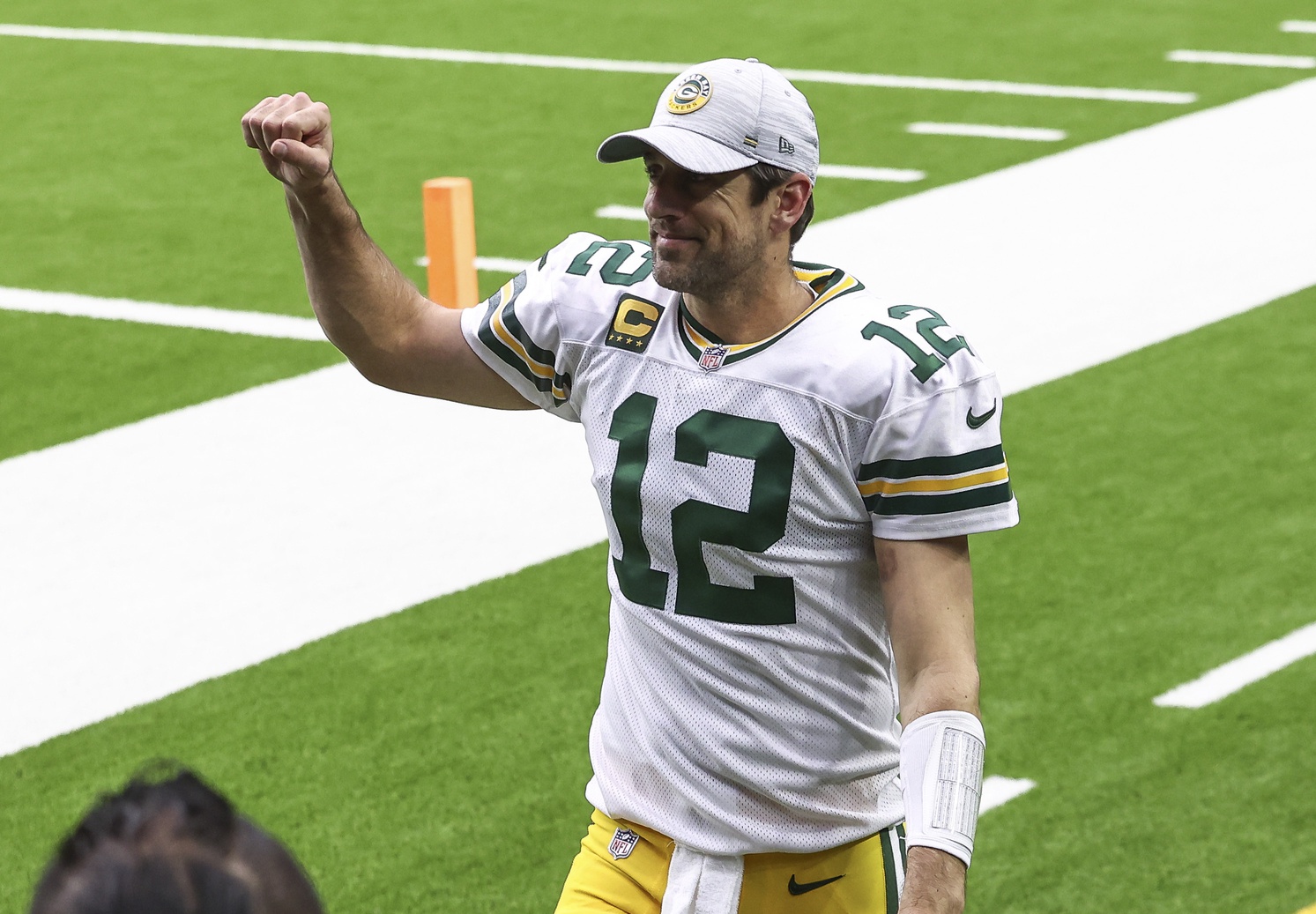 11-5 just wasn’t going to cut it during the 2012 season, meaning the Packers were forced to play in a Wild Card game. Their opponent? The oh so familiar Minnesota Vikings. These two teams split the season series, with Rodgers throwing for five touchdowns and one interception in those games.

Aaron Rodgers had a completely serviceable Wild Card game, completing 23 of his 33 passes, throwing for 274 yards, and had a touchdown without throwing an interception. This led the Packers to the 49ers, who defeated them in Week 1. Sadly, that Week 1 result was reciprocated…

Green Bay’s season came to an end in the Divisional Round, a 45-31 loss to San Francisco. While the Packers put up 31 points, Aaron Rodgers failed to pass the three-hundred-yard mark. Finishing the game with 257 yards, two touchdowns, and one interception, Rodgers saw his team’s season come to an end.

Aaron Rodgers could not lead his team to another Super Bowl, and he failed to be named the league’s Most Valuable Player in back-to-back seasons. Ultimately, he was a member of the Pro Bowl, the third of his career. Rodgers 2012 season saw him throw for 4295 yards, finishing eight in the league. He threw for 39 touchdowns, four shy of the top spot. A 67.2% completion percentage put him at third place, however he topped the charts with a 108QBR.

The numbers speak for themselves. Aaron Rodgers had a great 2012 season, but it wasn’t up to the standards of the numbers he put up the year prior. Rodgers had a slow start to the year after winning his first MVP award, but things picked up and his numbers were back on track.

Aaron Rodgers was also the league’s Most Valuable Player in the 2014 season, which is what will be broken down in the second part of this series! With Rodgers “all in” on the 2021 season, it is interesting to look at how he did in the season after his previous MVP awards.

Follow me on Twitter at @JordonLaw_PxP and follow us @WiscoHeroics1 for more great content. Check out our merch page here and use promo code Wisco at check out for $1 off! To read more of our articles and keep up to date on the latest in Wisconsin sports, click here!