The Green Bay Packers are coming off of a win on Monday Night Football against the Rams. The Packers know what is at stake for a possible playoff berth. Though, a few other teams have to take some defeats, Green Bay still has to win out. Just two weeks before the season comes to a close, the Packers now have to head down south to face the Miami Dolphins in Week 16.

The Packers have a 5-10 overall series record against the Miami Dolphins. Packers QB Aaron Rodgers is currently 2-1 when facing Miami. This will be Miami QB Tua Tagovailoa‘s first contest against Green Bay.

The Packers beat the Rams in Week 15 by a score of 24-12. Aaron Rodgers went 22-30 for 229 yards, one touchdown and one interception. Rookie wide receiver Romeo Doubs was the leading pass-catcher with five receptions for 55 yards. This was the rookie’s first game back since he suffered a high ankle sprain in early November. Opposite rookie wideout Christian Watson caught four passes for 46 yards. 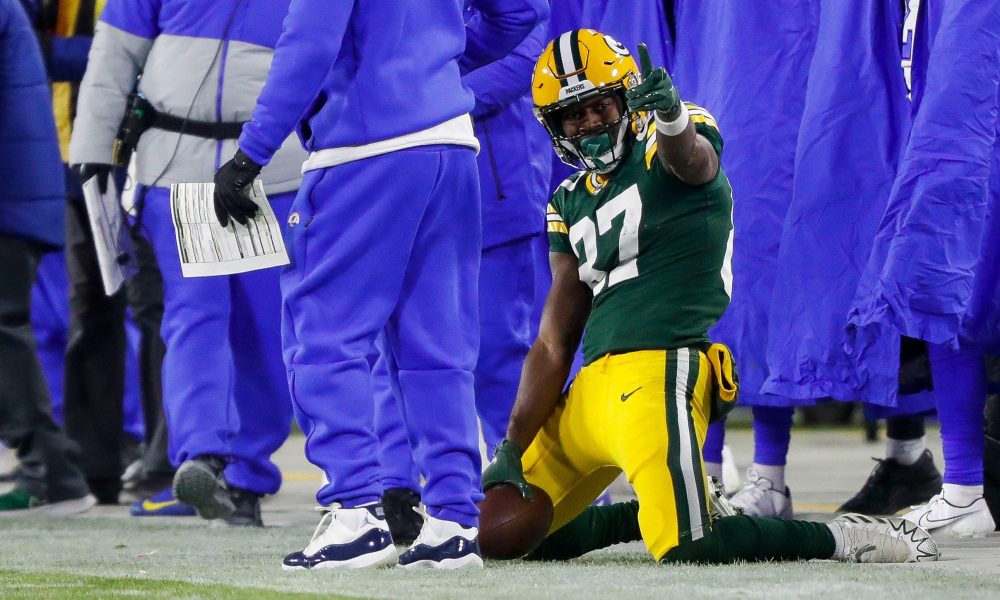 Starting running back Aaron Jones led the team in rushing yards on 17 carries for 90 yards. Jones did score a passing touchdown on four catches for 36 yards. This was the only touchdown scored through the air against the Rams. Backup running back AJ Dillon consequently had 11 carries for 36 yards and two rushing touchdowns. Obviously, the running game was not a huge emphasis, despite the cold temperatures Monday night.

Miami did not come away with a win in their last game against the Bills. The defense did what they could, even in the winter conditions on the road. Cornerback Kader Kohou was the leading tackler for Miami with seven total (six solo). Keion Crossen was second on the team in tackling with six (five solo). The Dolphins’ defensive unit combined for 67 total tackles and sacked the Buffalo Bills QB Josh Allen twice during the game. 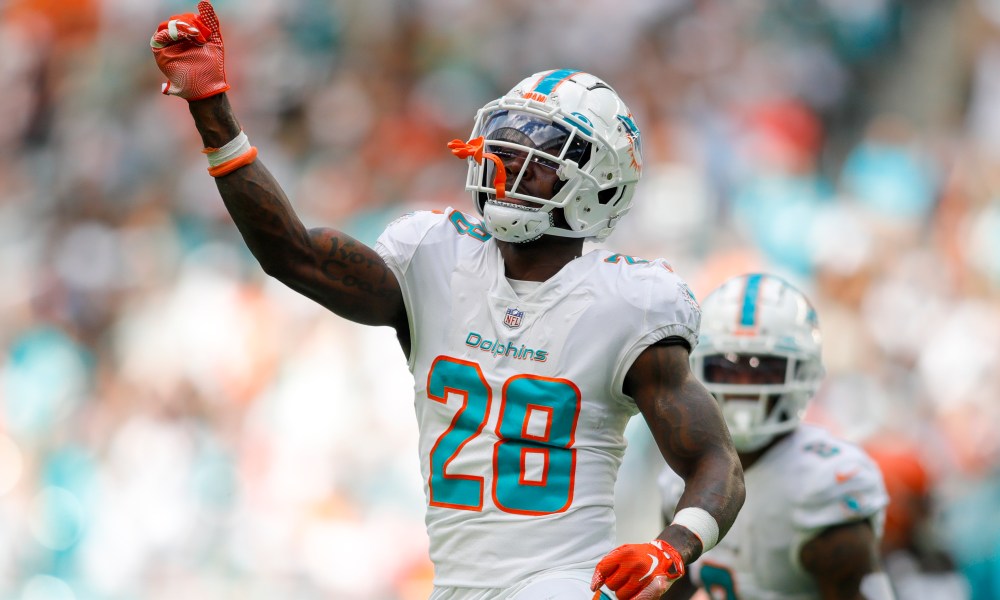 The Dolphins did not give up any points in the third quarter. Buffalo was able to put up 11 points in the final quarter, as it came down to a game-winning field goal as time expired. The defense surely has shown bright spots this season. The Packers will have to stick to what they do best in getting past a versatile secondary and defense in the Dolphins this week.

Green Bay really stepped up on the defensive side against the Rams. Only giving up 12 points to Baker Mayfield and the Rams offense. Mayfield went 12-21 for 111 yards, one touchdown and one interception. Rams running back Cam Akers consequently had 12 carries for 65 yards. The Packers defense did not let the Rams score a rushing touchdown. Akers also led the receiving core in catches with just three receptions for 35 yards.

Tight end Tyler Higbee scored the only touchdown in the passing game with four catches for 27 yards. The Rams were not able to get much going on offense. Rasul Douglas led the defense with eight tackles (seven solo). The Packers got to the Rams QB for a total of five sacks on Monday night. Starting linebacker Preston Smith led in that category with two sacks. Rookie linebacker Quay Walker was able to add one sack and a tackle for loss.

Devonte Wyatt played a part in getting to the quarterback with a half sack during the game. It is safe to say that the rookie’s showed some good signs on defense last week. Hopefully they can continue their aggressive style of defense in Miami. The running/passing game will be tested in Week 16.

Miami came up just short to the Bills 32-29. Dolphins’ QB Tua Tagovailoa went 17-30 for 234 yards and two touchdowns. Starting running back Raheem Mostert led the team in rushing yards with 17 carries for 136 yards. Backup running back Salvon Ahmed had consequently 6 carries for 43 yards and one rushing touchdown. 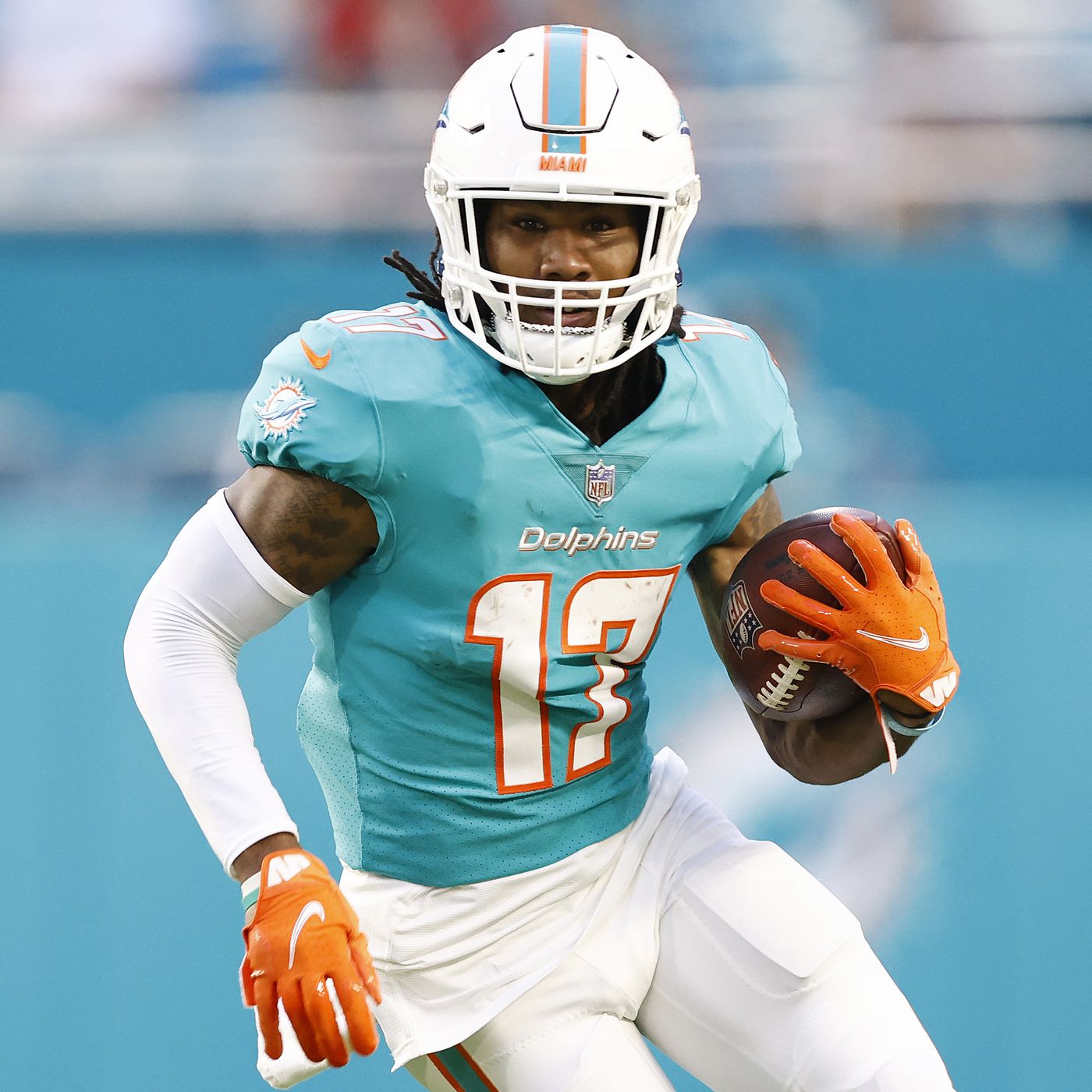 Second-year wide receiver Jaylen Waddle led the team in passing yards with only three receptions for 116 total yards and one touchdown. Tyreek Hill added nine catches for 69 yards and a touchdown. Mostert added to his stats in the passing game with one reception for 20 yards in the contest. Miami has the ability of getting the ball down the field to their receivers.

The Packers will need to play solid pass defense against the talented pass-catchers for the Dolphins. It will not be an easy task, but can be done. Tagovailoa has run capability that adds another element and threat to their offense. Green Bay has to be ready for the challenge if they want to remain victorious on their quest for a potential playoff spot.

Green Bay will face the Miami Dolphins on Christmas Day at 1:00 pm ET on Fox!