The Green Bay Packers won their fifth straight game on Sunday. Defeating their bitter rival in the Chicago Bears, the team earned their 22nd win over their NFC North foe under Aaron Rodgers. Primarily a defensive battle all afternoon long, Green Bay’s run game once again took over in the second half. Highlighted by a 13 carry performance by star running back Aaron Jones, the 26-year old amassed 76 yards on the ground. Along with this, second-year man AJ Dillon also added 11 attempts for 59 yards. Once again, remaining rock solid over the last few weeks, Joe Barry’s group sacked rookie quarterback Justin Fields four times while also adding an interception. Now two games clear of each team within their division, here are Green Bay Packers vs Chicago Bears: 3 Takeaways.

Green Bay entered the game without their top pass rusher in Za’Darius Smith and their all-pro cornerback in Jaire Alexander. Despite playing shorthanded, the unit shined brightly once again, as they have over the last few weeks. Able to get consistent pressure on Fields all afternoon long, the group got multiple key sacks. This helped to spoil and stall out Chicago drives.

Highlighted by a crucial play by Dean Lowry at the end of the opening half, Kenny Clark was also able to take down the rookie signal-caller twice at the end of the game to secure the victory. Limiting the big plays given up under Barry, the Packer’s defense now ranks 11th in rush yards and fifth in total yards per game. 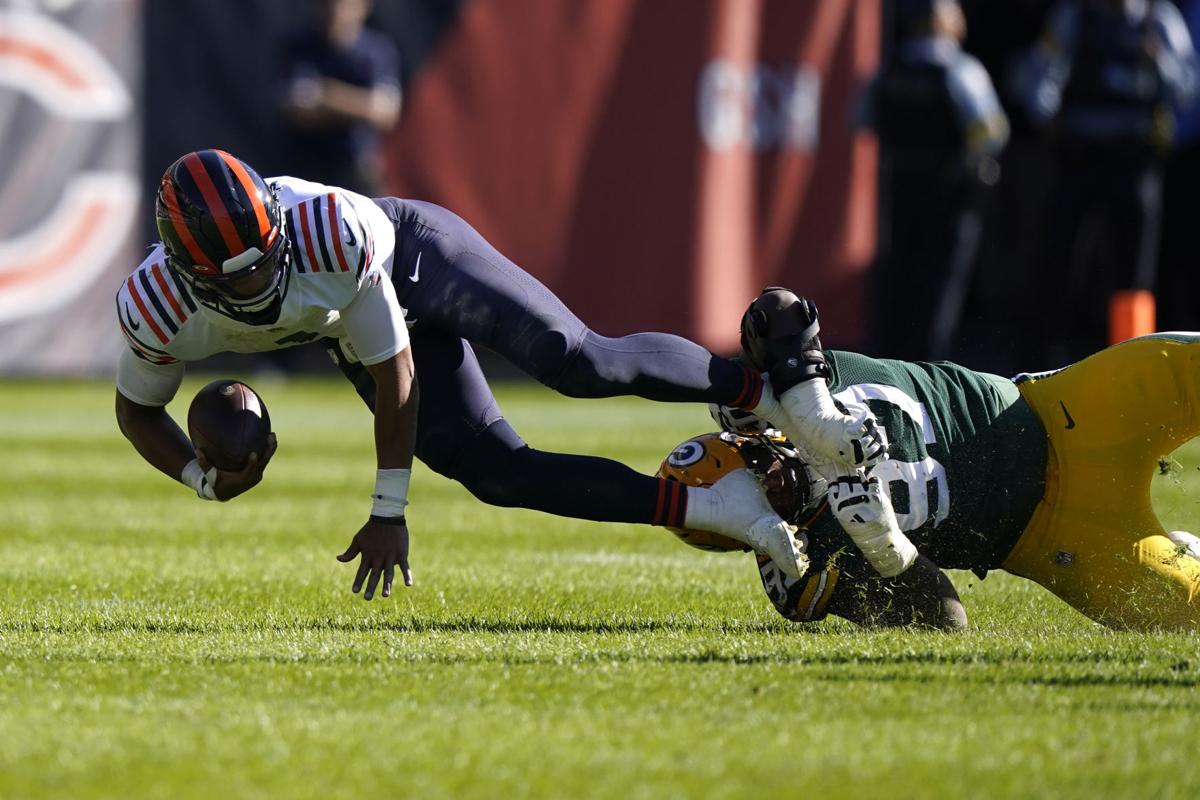 The Bears were set on slowing down the high-powered Green Bay passing attack heading into the game. They limited Rodgers to just 17 completions for 195 yards and two passing scores. Along with this, they held star wideout Davante Adams, to just four catches for 89 yards. This was after he exploded for a career-high 206 a week ago. Leaving them vulnerable in the middle of their defense, after a slow start to the season, the Packers rushing attack was finally able to get going down the stretch of the game.

Ripping off a 28-yard dash on the team’s first possession of the second half, Jones was able to find the end zone on a 12-yard catch and run. Finishing the day with 110 total yards, both he and Dillon averaged over five per carry in one of their finest showings of the season. 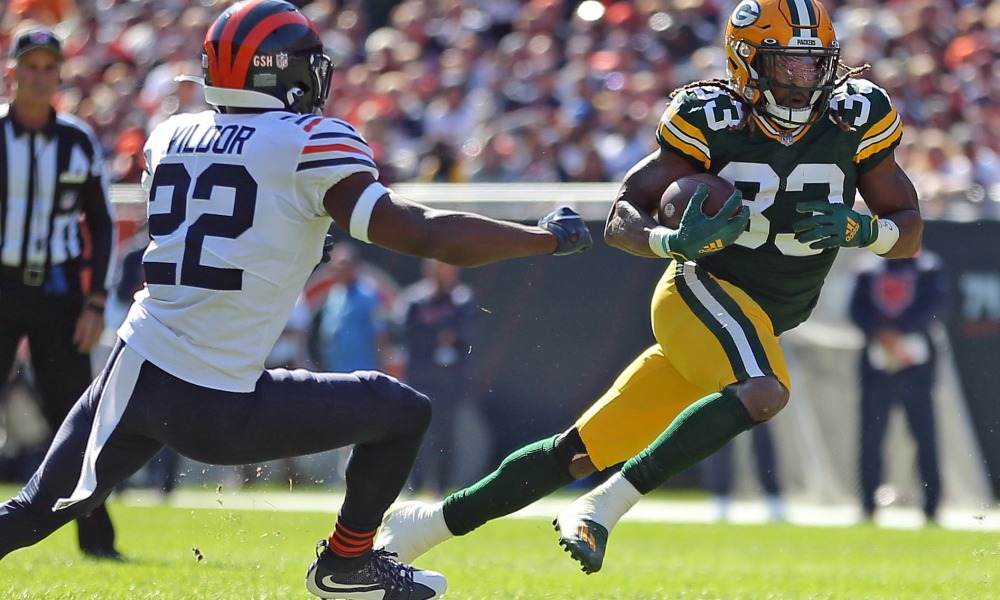 Improving as the game progressed after a slow start in the opening quarter, Rodgers continued his dominance over the Bears. He was held to just 23 passing attempts after the team ran the ball effectively in the second half. The 37-year-old quarterback still finished with a 73.9 completion percentage and a 128 quarterback rating. Adding another signature moment to the oldest rivalry in the NFL, he would put the game out of reach with 4:30 left in the fourth quarter.

He answered a long touchdown drive by Fields and the Bears. Rodgers would run in a six-yard touchdown dash to give the Packers a 24-14 cushion. Screaming out to the fans of Soldier Field after he scored, the California native let the Chicago faithful know who owned them. This was after securing his 11th road victory in the matchup.