Rehabilitation can be worse than the injury itself sometimes.  The path back to the field after a major injury can take months, if not an entire year.  In David Bakhtiari’s case it was over 18 months.  On December 31st, 2020 David Bakhtiari tore his ACL.  In late July 2022, that same injury is placed him on the physically unable to perform (PUP) list.  Today, Bakhtiari was activated off that PUP list.  A long road to recovery is nearing the end (hopefully).  Today Bakhtiari was asked if he ever contemplated retirement during the long road to recovery.  His answer was definitive. 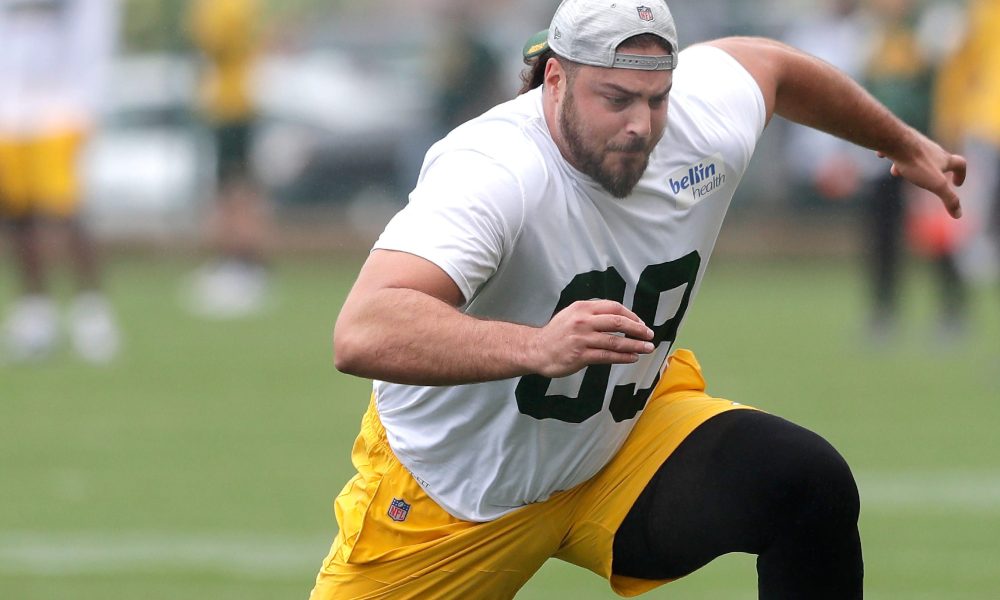 Ryan Wood mentioned today that rehab was hell for David Bakhtiari. Bakhtiari was asked if he considered walking away. He made clear that wasn’t happening:

“I was going to have to be pulled away from my ankles with my nails gripping the ground and being ripped off. Because I definitely was not going out without fighting.”

Those are extremely strong words for someone who has worked his tail off to get back onto the field.  Matt LaFleur has made it known all throughout the process how hard Bakhtiari has been working to get back.  What the players do behind closed doors is what fans rarely ever get to see.  Something we definitely need to take into account when being critical of how long it takes a player to recover from an injury.

The team certainly missed Bakhtiari today has they celebrated his return in more than one way. Here is the offensive line group welcoming him to practice when it first started:

And here is Bakhtiari breaking down the team huddle after practice was over:

David Bakhtiari gets the call to break down the huddle after his first practice back. pic.twitter.com/gdYmvsJj6q

It is obvious what #69 means to this team.  It is incredible to see the team rally around him upon his return.  Here is to hoping that that was the last time we see his name on the PUP list.