The Green Bay Packers remain in the thick of the NFC Playoff race following their victory over the Miami Dolphins on Christmas Day. The team will require some help in order to advance to the postseason for the fourth straight year. They will have to win their remaining two games over the Minnesota Vikings and Detroit Lions. Along with this, the Washington Commanders must also lose one of their final two contests. With a deep playoff run appearing unlikely should they find a way to lock up one of the final wild card spots, once again during the 2023 offseason, the franchise will be faced with key roster decisions.

Currently projected to have under $10 million in cap space, both Allen Lazard and Yosuah Nijman are set to hit free agency. Along with this, Keisean Nixon and Rudy Ford are both without contracts. Looking ahead to the draft, the Packers will likely be faced with two different scenarios.

If Aaron Rodgers decides to stick around for another season, Brian Gutekunst should look to find instant contributors who can hit the ground running immediately. Meanwhile, if the four-time MVP chooses to move on, Green Bay could look to the future as they begin to rebuild around Jordan Love. Slated to hold the 17th pick in the opening round, here is who the Packers could look to target in this team mock draft.

Note: I used the NFL Mock Draft Database for this article.

In need of a young, dynamic option at the tight end spot, Robert Tonyan will hit free agency at the end of the season. He has struggled to make an impact in his return from ACL surgery, leading to a career-low 6.5 yards per target and 8.3 yards per catch. The former undrafted free agent has also been frequented less in the red zone, leading to just one touchdown grab on the season.

A pro-ready prospect who appears ready to be an impact player right away, Mayer has outstanding hands and body control, leading him to be able to make catches in traffic while also going up to high point the football. Furthermore, the Kentucky native is also a natural route runner, allowing him to work the middle of the field with ease. Paired with his ability to win as an inline blocker on run downs, the 2022 consensus All-American would be the perfect playmaker for Green Bays’ offense. 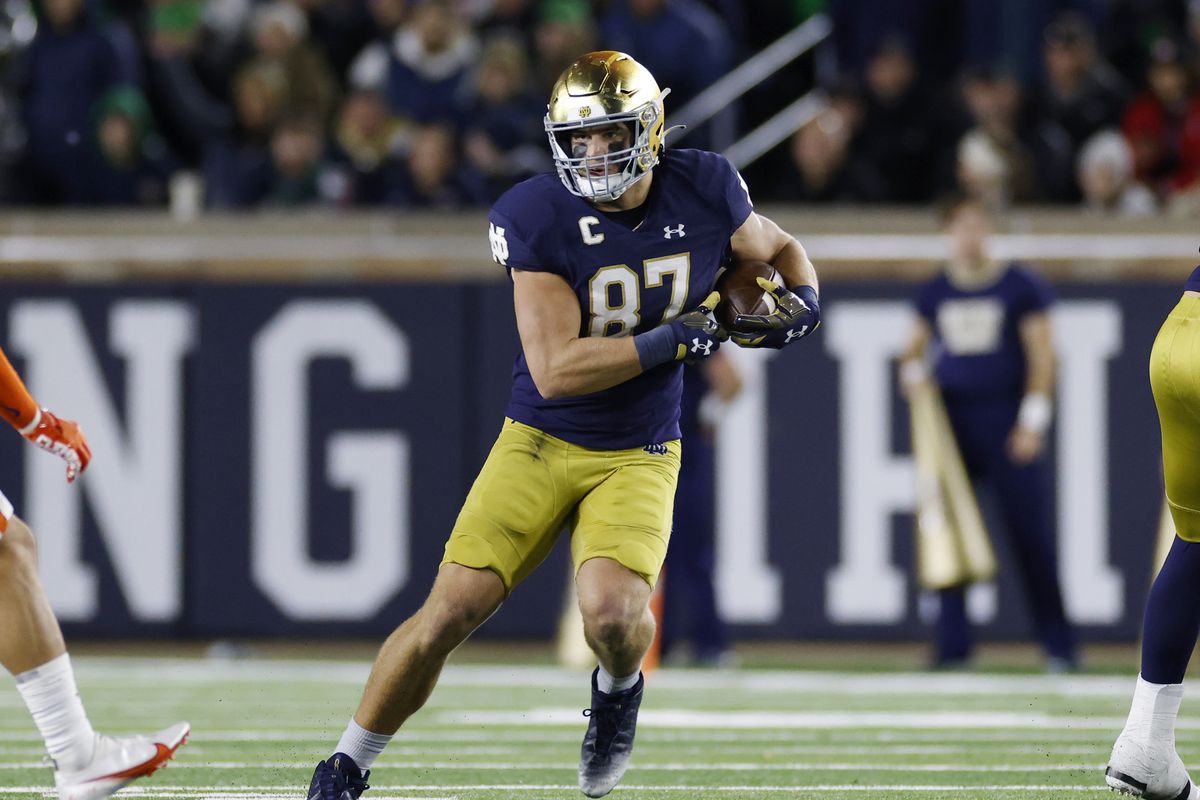 Green Bay has been without Rashan Gary throughout the second half of the season. The star pass rusher suffered a torn ACL against the Detroit Lions and will likely begin the 2023 season on the injured reserve list. Forced to rely on veteran Preston Smith and rookie Kingsley Enagbare amid a thin outside linebacker room, the Packers sit 23rd in the league in sacks per game (2.1), with no player on the team registering over 45 pressures.

Hall is an explosive player who developed into one of the premier pass rushers in the nation during his four years with the Tigers. The 21-year-old has an explosive burst and the power to shed blockers and wrap up opposing ball carriers. Consistently playing with a relentless motor and energy, he offers the franchise a long-term building block on the edge to pair with Gary. 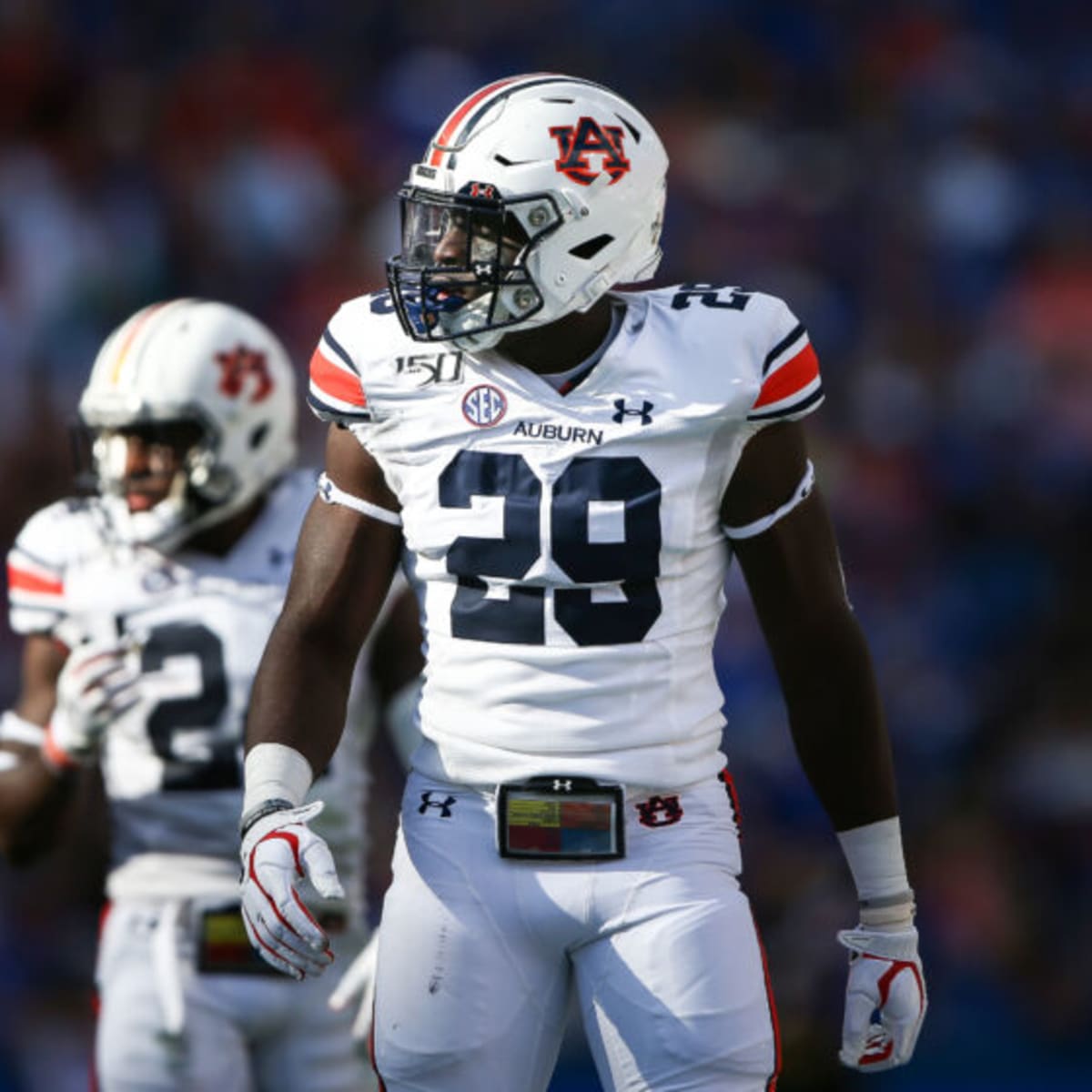 Formerly one of the best safety tandems across the NFL, the duo of Darnell Savage and Adrian Amos have struggled mightily throughout the 2022 season. The former round pick was benched in favor of Ford after struggling with missed tackles and coverage breakdowns. Furthermore, the latter earned a PFF grade of just 48.1 in week 16 after being charged with two catches for 68 yards, including a 52-yard scamper by Tyreek Hill.

A former four-star recruit, Smith has appeared in 12 games for the Bulldogs this season, racking up 34 tackles, two pass breakups and three interceptions. He has also yielded just a 53.8 QB rating when targeted in coverage. Possessing the versatility to play both free safety and as a nickel, the one-time First team All-SEC member offers three down value.

A three-year starter with the Nittany Lions, Washington has posted 146 receptions for 1920 yards and 12 touchdowns in 32 games. The Fort Bend Travis High School product has the mobility and acceleration to make plays after the catch. Moreover, the Mississippi native also has the ball skills and vision to go up and highpoint the football while making plays in traffic.

Green Bay choose to part ways with Amari Rodgers earlier on in the season. Furthermore, while Randall Cobb has looked good in flashes, the longtime veteran has battled injuries, leading him to miss four games. With the 32-year-old set to hit the open market in the summer, Washington would complement both Christian Waston and Romeo Doubs in the fourth round of this team mock draft. 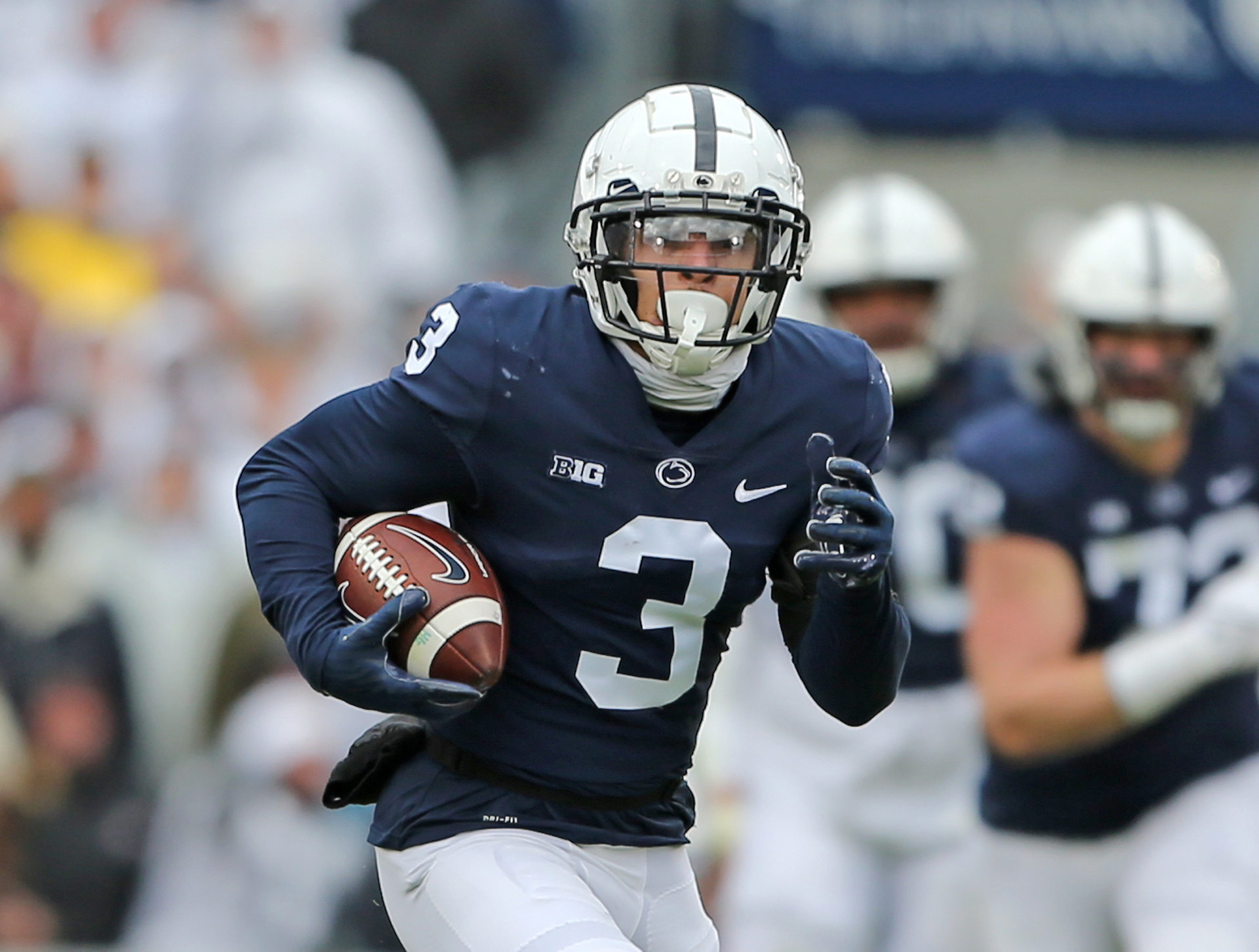 With constant shuffling along the offensive line all season long, the Packers have been without David Bakhtiari for the last three games. The star left tackle had an appendectomy in early December. Slotting in Zach Tom in his place, the rookie has played well in glimpses, giving up just one sack on 398 offensive snaps.

The franchise will face key roster decisions in the offseason. They already locked up a crucial piece by re-upping with Jenkins on a four-year $68 million contract. However, with Nijman hitting free agency, the 26-year-old should be in line for a significant pay bump. Furthermore, with Bakhtiari nearing the end of his career, look for Gutekunst to add depth at tackle. A former second-team All-ACC selection in 2021, Warren is a fluid pass protector with violent and heavy hands. 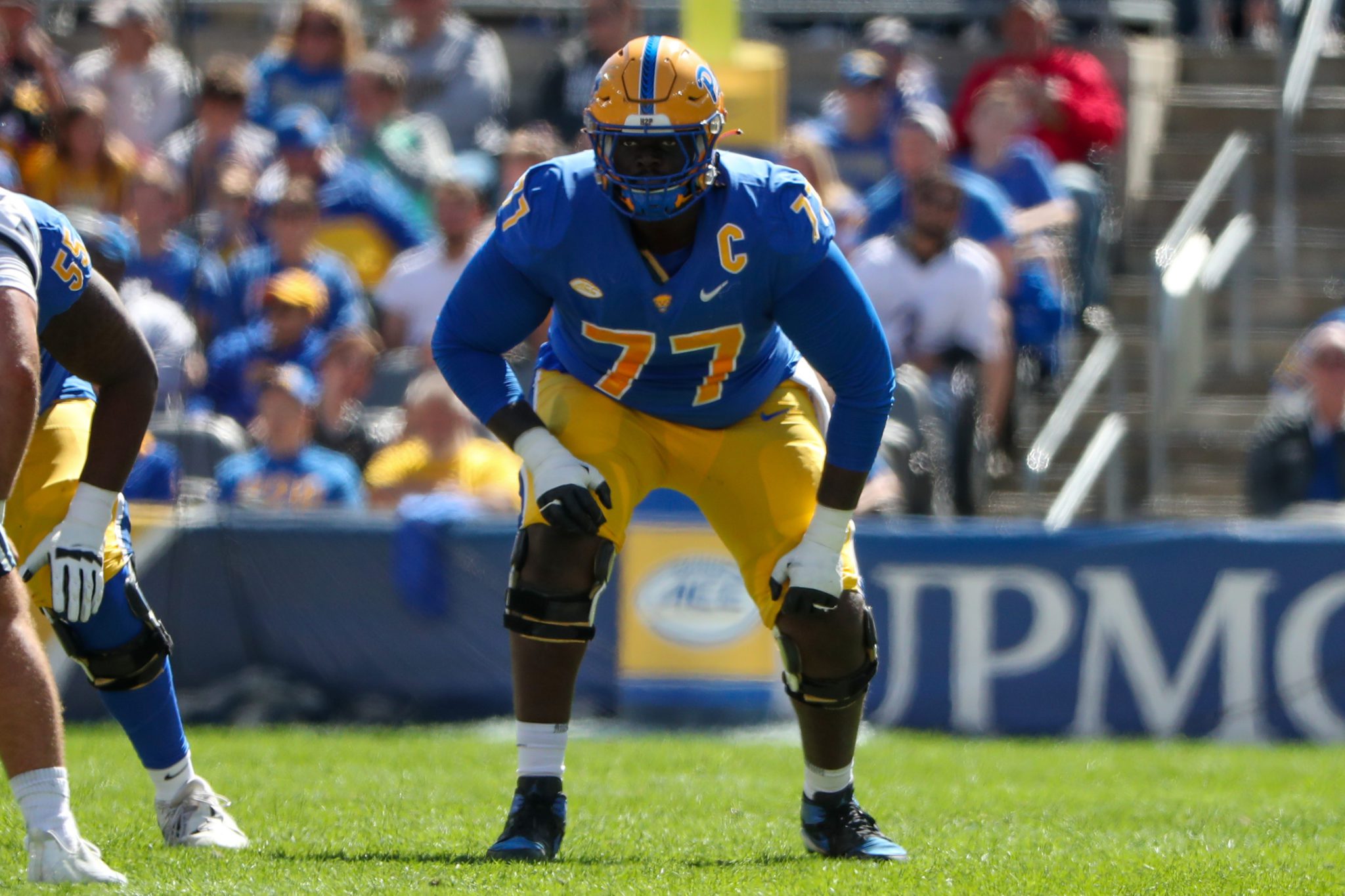 Home to one of the best backfields in the NFL, the duo of Aaron Jones and AJ Dillon has recorded 2,237 yards and 13 touchdowns through 15 games. With both under contract in 2023, the former will account for $20 million against the cap, making him a likely cash-saving cut.

Needing to add a backfield mate to pair with Dillon, Gray broke out during the 2022 season as the go-to guy for the Oklahoma Sooners’ offense. The Memphis native rushed for a career-high 1364 yards and 11 touchdowns while averaging 6.4 yards per attempt. Additionally, he hauled in 33 passes for 229 yards. A violent runner with exceptional elusiveness and balance through contact, he also has the burst and straight-line speed to create chunk plays. 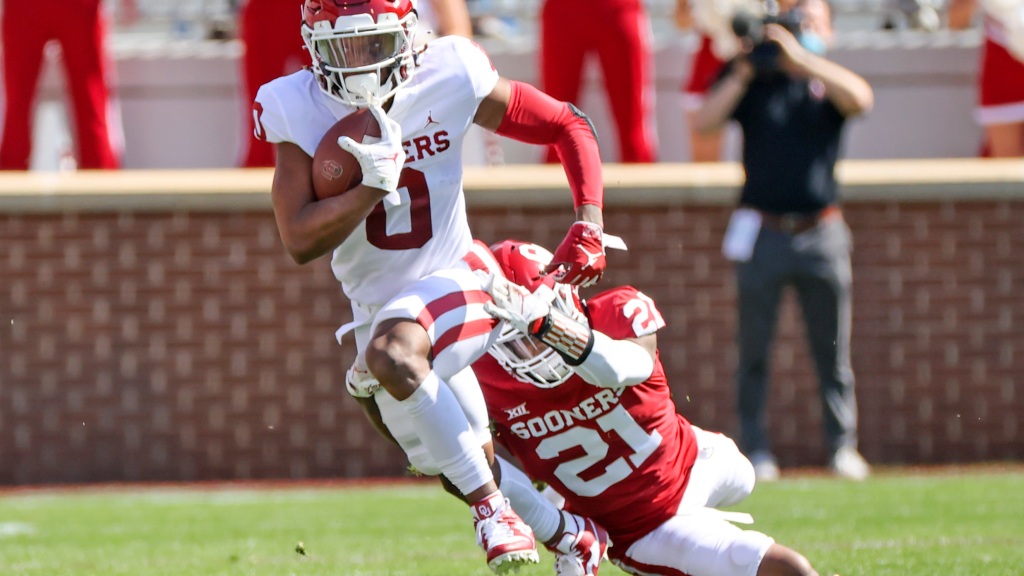