Green Bay May Have The Steal Of the 2022 NFL Draft The Green Bay Packers’ General Manager Brian Gutekunst has had picked some outstanding talent in the NFL draft over the years.  Headlined by Jaire Alexander, Rashan Gary, Elgton Jenkins, Marquez Valdes-Scantling, Darnell Savage, and AJ Dillon; Brian Gutekunst has shown he has a knack for identifying talent.  Early signs show that he may have struck gold again with a fourth round draft pick this year.  Wide Receiver Romeo Doubs is greatly exceeding expectations so far. 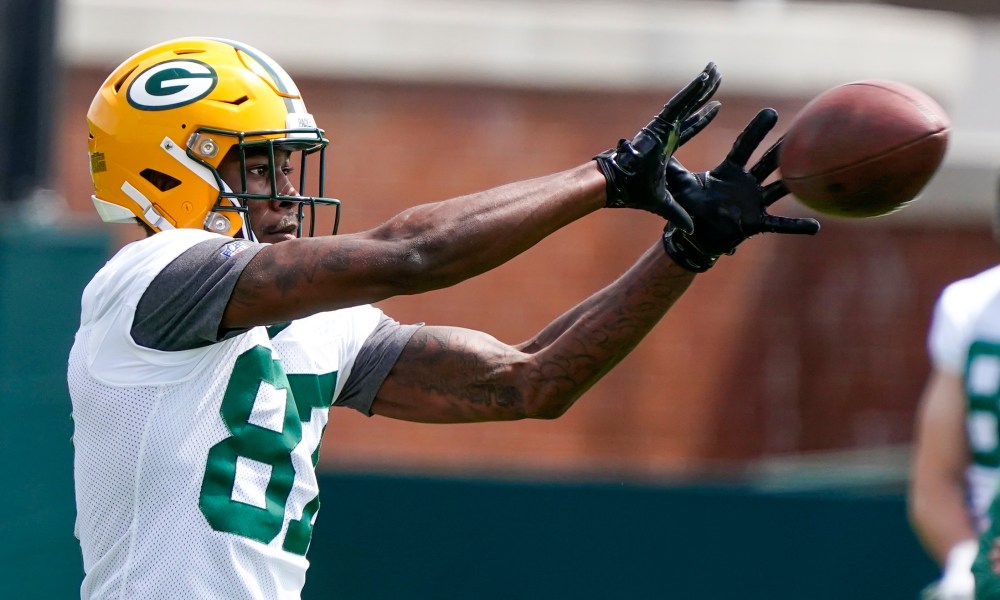 “Romeo Doubs has had a really nice start to the camp,” Rodgers said. “He’s been getting a lot of attention based on some of the plays he’s made. I like the approach. Very understated kid, very humble kid.”

“It’s surprising how many teams passed on him,” Rodgers said. “Whatever reason it was, we all feel really good about Romeo and the start he’s gotten off to.”

Randall Cobb also had some very high praise for the rookie.

“The biggest piece is just his ability with the 50-50 ball,” Cobb said. “When it’s thrown up and it’s between him and the DB to make a play. That’s one thing you can’t coach. You can’t really teach that. You either have it or you don’t, and he has it. That’s special.”

Romeo Doubs Has Been The Talk Of Training Camp:

Aaron Rodgers just lofted one up for Romeo Doubs in the right corner of the end zone during red-zone period. Eric Stokes in tight coverage. Doubs just took it from him on a back shoulder grab. Offense was fired up.

If early returns are any indication, Romeo Doubs could be a real weapon on this team.  He also could be a very quiet sleeper pick for offensive rookie of the year.  We know, we know, we are only two week into training camp.  However, you want young guys to stand out early, and Romeo Doubs is certainly doing that so far.  To get him in the fifth round is an absolute steal, and could certainly be the steal of the 2022 NFL Draft.