MILWAUKEE,WI — Milwaukee Bucks All-Star forward Giannis Antetokounmpo was named Eastern Conference Player of the Week for a 15th time today. Giannis led the Bucks to three wins and zero losses this past week, averaging 37 points, 10.7 rebounds, and 5.7 assists with 2.3 blocks on 59.9% shooting from the field.

Quite The Week for Giannis Antetokounmpo

Giannis started the week off hot putting up monstrous numbers against the Timberwolves. Antetokounmpo scored 37 points, eight rebounds and eight assists. Adding to that was his impressive field goal percentage from the floor going 13/18(72.2%), including 10/13 from the free throw line.

Above all, perhaps what most stood out to Bucks fans was how well all week Giannis shot from the free throw line. Antetokounmpo shot 77% from the stripe, a more than 10 percent increase from his season average. 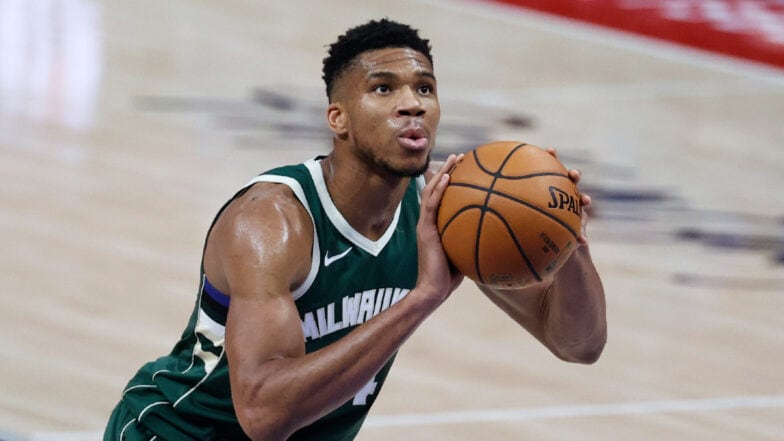 Thursday night’s game against the Pelicans was no different. Antetokounmpo hit the 30 plus scoring mark for a third game in a row. Giannis had 38 points, 10 rebounds and 4 assists as the Bucks edged out a tough win 129-125.

The Bucks wrapped up their week yesterday with a 105-100 win against the Clippers. As has been the case of late, Giannis had eye-popping numbers. Antetokounmpo led all scorers with 36 points, adding in 14 rebounds and not only five assists, but also tying his season-high with four key blocks.

Giannis now has the second most double-doubles in the NBA this season (Jokic). Giannis had himself yet another outstanding week and re-inserted himself firmly right back into the MVP discussion this year.

Follow me on Twitter @ItsAndrewOchs! Be sure to check out our merch page here and use promo code WISCO at check out for $1 off! To read more of our articles and keep up to date on the latest in Wisconsin sports, click here.