EAST LANSING, MICHIGAN - DECEMBER 25: D'Mitrik Trice #0 of the Wisconsin Badgers handles the ball under pressure from Rocket Watts #2 of the Michigan State Spartans in the second half of the game at Breslin Center on December 25, 2020 in East Lansing, Michigan. (Photo by Rey Del Rio/Getty Images)
Share
Facebook Twitter LinkedIn Pinterest Email

The Wisconsin Badgers must have been on the nice list this year! On the day of Christmas, the Badgers found another win against an AP top 25 team under their tree. After an extreme blowout against Louisville and clean win over Nebraska, Wisconsin proved that they are a force to be reckoned with. Now, they had to go against a Michigan State team who just lost the previous week to the Northwestern Wildcats. Tom Izzo’s teams do not lose twice often, so it was going to be a brutal match up. If you haven’t read the preview yet, check it out here! The game was expected to be down to the wire. But after a deadlocked first half, the Badgers were able to pull ahead in the second half and escape with a victory. But how’d Wisconsin do it? Here’s the breakdown! 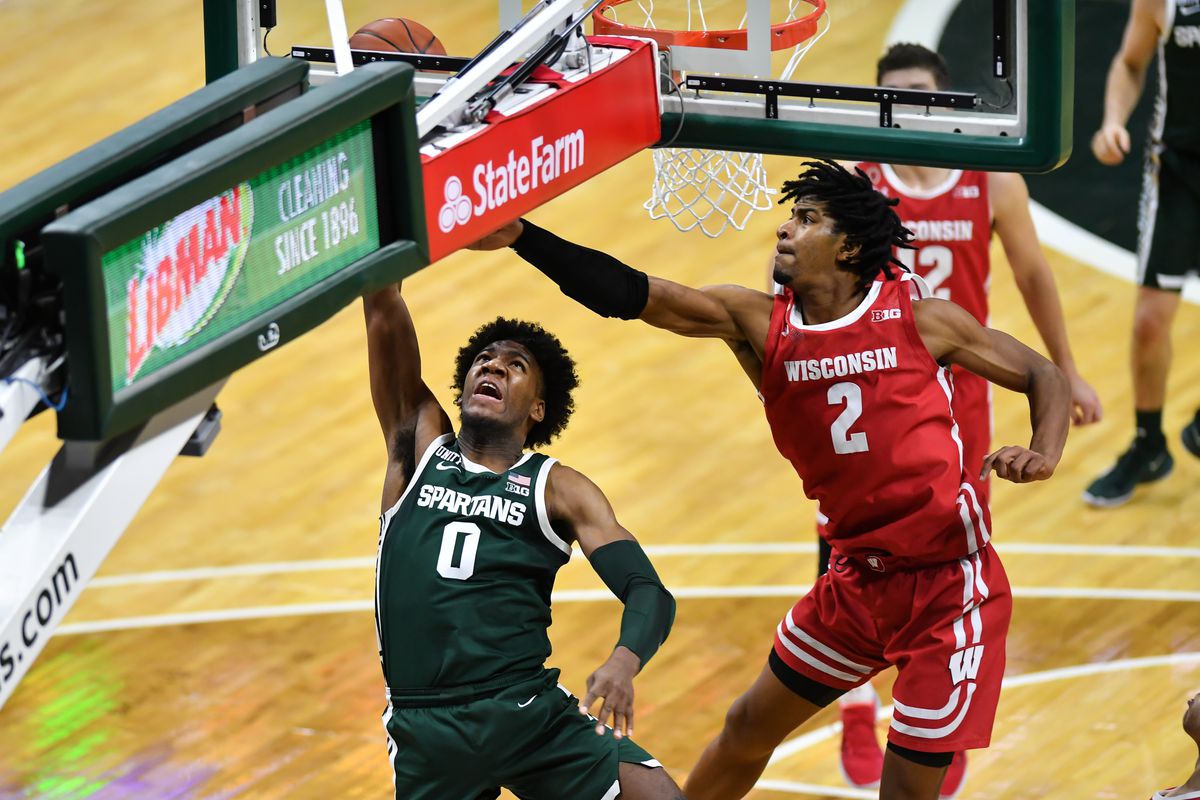 After a high scoring first half, the Badgers were tied with the Spartans at 42. With how these teams are built, many were expecting a slow, defensive slug fest. However, that wasn’t the case. Both teams came out strong on offense. One of the stronger players being Aleem Ford, who scored the Badgers first nine points. Michigan State was also on fire in the first half, shooting 58.6% from the field. The Spartans were also 4-4 from three in the first half. But the Badgers were also shooting well from downtown in the first half. Wisconsin was 6-11 from three and shot 53.6% from the field. But that wouldn’t hold up in the second half. 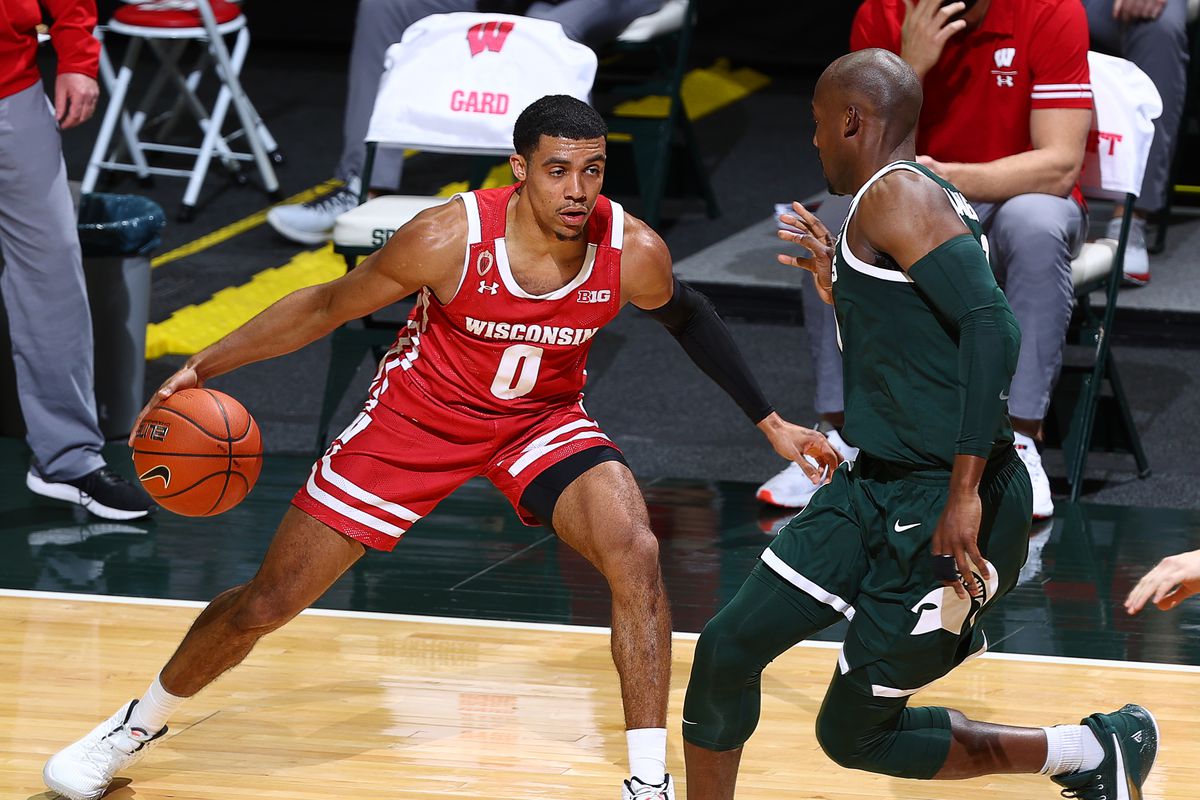 After a tied half of evenly exchanged blows, the Spartans began to pull ahead. Michigan State lead by nine with a little over 16 minutes remaining. With the Spartans catching fire, the Badgers needed to get a hold of the game before Michigan State started running away with it. Wisconsin needed life. Then, in comes D’Mitrik Trice. Trice ended up willing the Badgers back into the game by ripping off 13 straight points. Trice alone shredded the lead from nine points to only one. After that run, the Badgers and Spartans went blow for blow until there was four minutes remaining in the half. Then, Wisconsin went on a 6-0 run to pull ahead of Michigan State with just over a minute remaining. After that, the Badgers sealed the game away with some free throws, making the game out of reach for the Spartans. Before this game, Michigan State had won the last 12 games against Wisconsin at home. But the Wisconsin Badgers have finally exorcised the curse at the Breslin Center.

Some other note worthy points:

The player of the game was, undoubtedly, D’Mitrik Trice. Trice had his best game of the season, scoring 29 points. And 13 of those being were in a run that helped pull Wisconsin back in the game. Trice also had two rebounds and assists. He also led both teams in scoring. Not to mention his defensive performance, creating two steals. Trice forced the Badgers back in the game when it was starting to slip away and undoubtedly had one of his best games ever on Christmas night.

Beating two AP top 25 teams in the last three games is always impressive. Beating Michigan State is always great. When they both happen, it turns into a Christmas miracle. And it makes it even better that Michigan State losing the previous week, they were looking to bounce back. With this win, the Wisconsin Badgers are officially a team to be feared.