The Green Bay Packers are pretty fortunate at the RB position. Aaron Jones and AJ Dillon are certainly capable of being starting running backs on any NFL team. Last season, they both eclipsed 1,000 all-purpose yards, and each is coming into 2022 wanting to be the first backfield duo to eclipse 1,000 rushing yards since 2009. However, beyond those two, the Packers have a big question mark at the third RB spot. Kylin Hill is still recovering from a torn ACL he suffered last season. Patrick Taylor lost the third running back spot to Hill last season and has struggled to stay healthy during training camp. The other two options the Packers have are undrafted free agents BJ Baylor and Tyler Goodson. As a result, the Packers are bringing in their former sixth-round pick from the 2019 NFL Draft, Dexter Williams, for a workout. 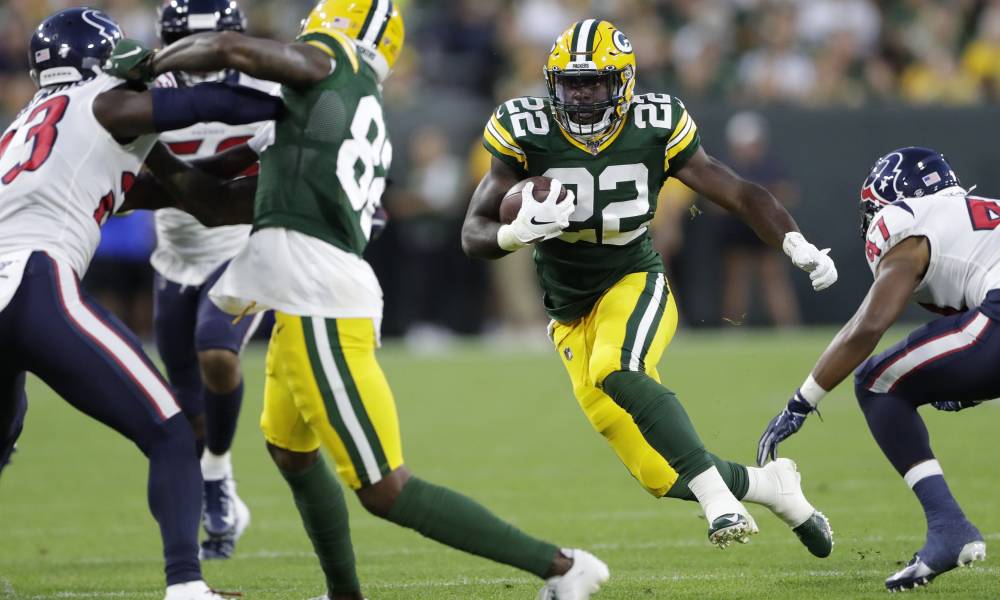 The Green Bay Packers drafted Dexter Williams with the sixth-round pick they received from the Seattle Seahawks in exchange for backup quarterback Brett Hundley. As a rookie, Williams appeared in just four games and rushed five times for just 11 yards. In 2020, Hundley spent most of the season on the practice squad but appeared in three more games. He rushed twice for eight total yards.

In 2021, the Packers signed Williams to a reserve/futures contract in January but waived him towards the end of training camp in August. Williams was then signed onto the New York Giants’ practice squad. In November, the Cleveland Browns signed him onto their practice squad. Then, the Miami Dolphins grabbed him for theirs in December.

The Packers will not be his only tryout in recent days. The Jacksonville Jaguars had Williams work out for them on Aug. 6.