Expectations For The Rookies in 2021 For the Packers The Packers really had a great draft this season. They certainly addressed all of their needs and took some really good players as well. The Packers draft was overlooked because of drama between them and Aaron Rodgers. The Packers do have some expectations for the rookie this season. Here is what to expect from all the rookies from the Packers 2021 draft.

Expect Eric Stokes To See the Field A Lot This Season 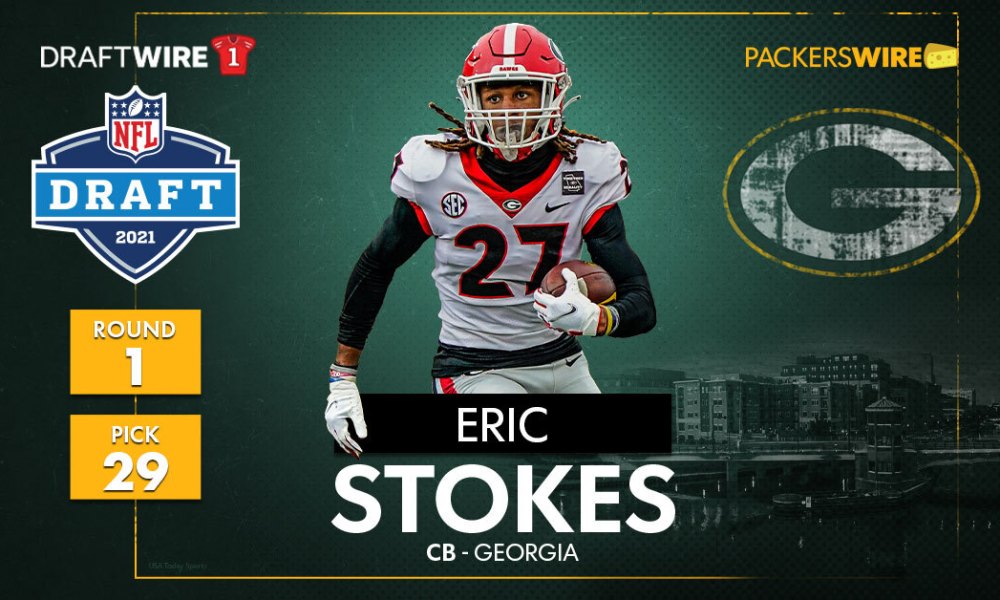 With Eric Stokes being a first round pick for the Packers, he will have some big expectations. He will see a lot of playing time in his rookie season. Ye,t he will be eased in as corner is one of the hardest positions to translate to in the NFL. With Jaire Alexander becoming a lockdown corner and Kevin King at the other spot, Stokes can learn and be rotated in. The Packers will not throw him into the fire, but will give him lots of snaps to help him develop as a corner in the NFL. Stoke will be a rookie to watch on the Packers defense and expect him to make a huge splash this year.

Expect Josh Myers to be the Starting Center

Josh Myers was drafted in the second round this year for the Packers. He will have some big expectations coming into this season. Myers will be certainly a front runner for the stating job at center a position wide open due to Corey Linsley leaving in free agency. In addition, when the Packers draft an offensive lineman early, they expect that player to most likely be a day one starter. Myers has the tools to start for the Packers right away, but still needs some development. The Packers have a good offensive line coach in Adam Stenavich that can really help him. The expectations is that Josh Myers will be likely to win the starting job at center going into this season.

Amari Rodgers Will Be Expected To Be The Primary Slot Receiver 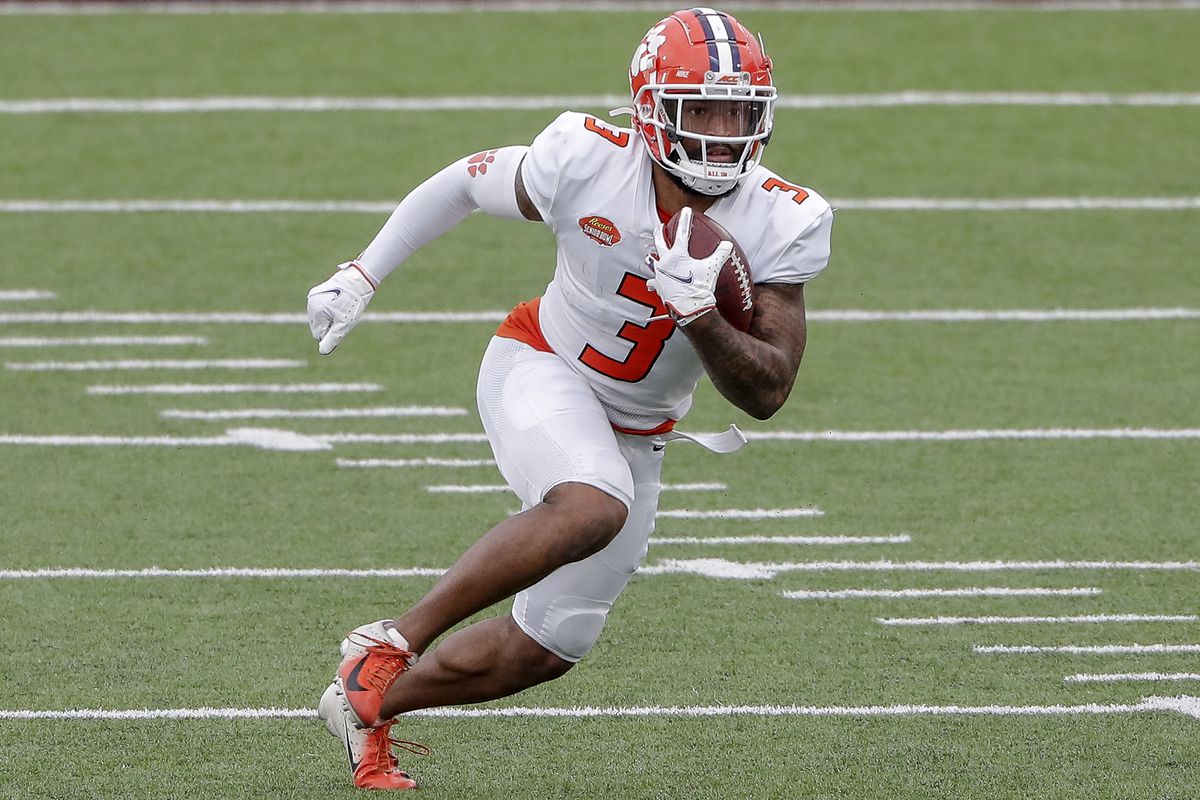 The Packers finally drafted a wide receiver this year in Amari Rodgers. He will not be the number two wide receiver for the Packers offense. What is missing is someone who can dominate in the slot. That is where Amari will come in and will have a big role at that position. He will not be pressured to start right away as the Packers have guys like Davante Adams to carry the load. Despite that, he will be in lots of packages on offense and will be moved around like how Tyler Ervin was used last year. Expect Amari Rodgers to compete and win the main role as the slot receiver for the Packers this year.

Expect Royce Newman to Develop For The Future 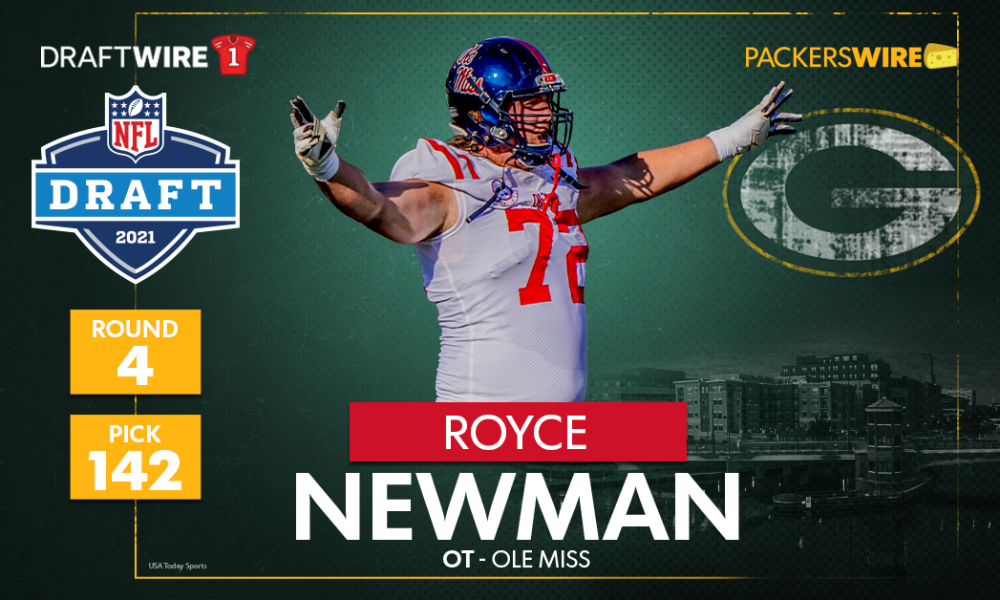 The Packers went heavy on offensive linemen in the draft. It was shown as they drafted Royce Newman in the fourth round. He is more of a developmental project then a plug and play day one starter. Former Packers guard T.J. Lang sees something in Newman as well. He could be the future at either tackle or guard for the Packers, but may need to take a redshirt year in order to develop his skills. Expect Royce Newman to use his rookie year to develop and hopefully be a starter for the Packers in the future.

Expectat Tedarrell Slaton To Be Rotated On The Defensive Line 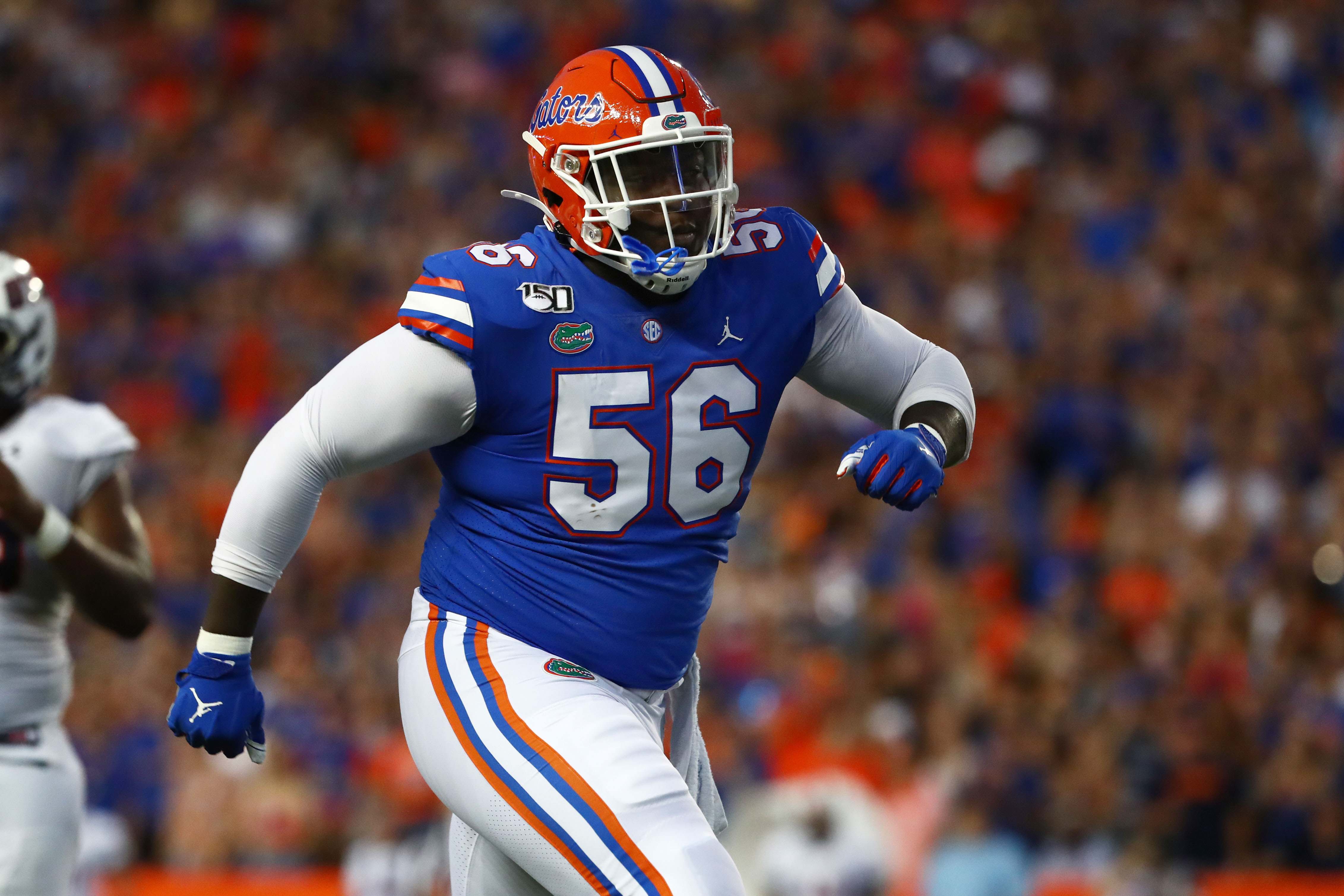 The Packers addressed a need on the defensive line in the draft. The class was not all good, but had players like Tedarrell Slaton, who are extremely raw, but have the talent. Slaton has the power to play inside at the nose tackle position in the NFL. He could be the final piece the Packers need on that defensive line, but needs time to develop. Expect him to  rotated in, especially on early downs to help against the run. He had some pass rush to his game, but mostly will be a run defender. Don’t expect Tedarrell Slaton to be a day one starter, but will be rotated in to help the Packers get that interior pressure they have been lacking.

Expect Shemar Jean-Charles To Compete For The Nickle/Slot Spot 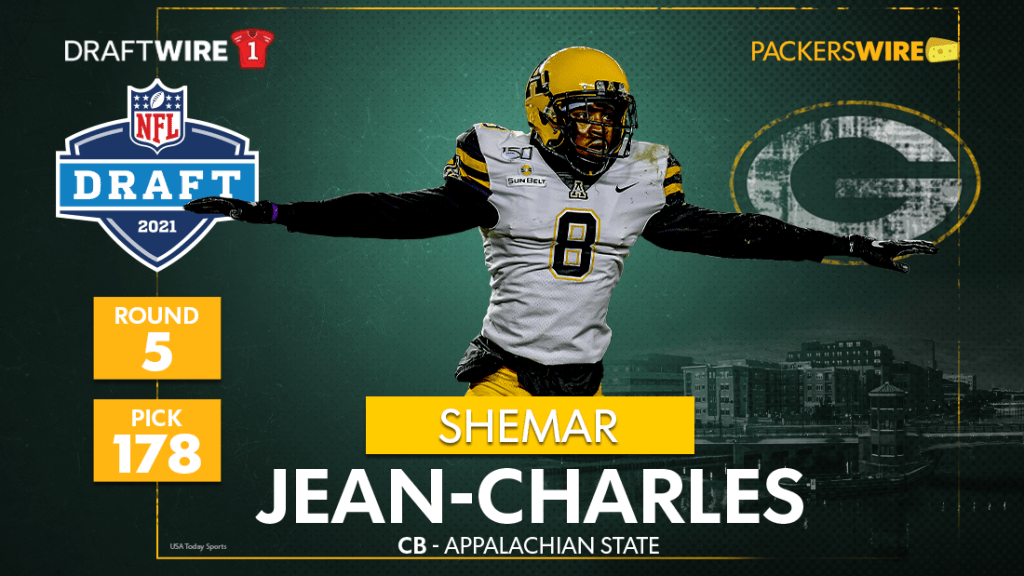 Shemar Jean-Charles was part of a deep corner class this year. He might be a steal of the Packers draft as they got him in the fifth round. The Packers getting him shows they want to create competition at corner. Also, Charles is pretty solid in press man coverage as he had sixteen pass deflections in 2020. He still has some things to work on, but the main concern is his size as he will go against a lot of big wide receivers in the NFL. He will most likely not see too much action with a good amount of players in front of him. Charles can be the future in the slot/nickle spot and could compete with Chandon Sullivan for that role, but mostly will be on special teams as a rookie. Do not expect Shemar Jean-Charles to see too many snaps this year outside of special teams.

Cole Van Lanen is Just Expected to be Just Depth 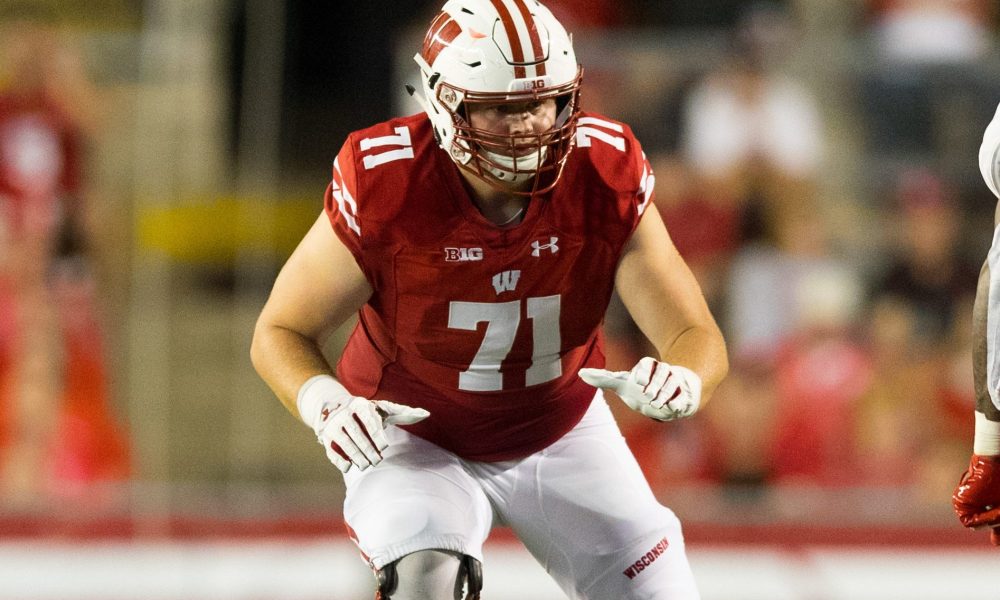 It is a dream come true for Cole Van Lanen as the hometown kid from Wisconsin is playing for the Packers. He was solid for his years at Wisconsin, but he is definitely a project and maybe a starter in the near future. The Packers are experts when drafting offensive linemen and had holes to fill making them go heavy on that position this year. Van Lanen played some left tackle and has some versatility as well. SHe is just expected to be just a body and depth for training camp. He also might be a underdog to make the 53-man roster this year. Expect Cole Van Lanen to provide much needed depth for the Packers offensive line.

Isaiah McDuffie Will Provide Depth and Competition at Inside Linebacker 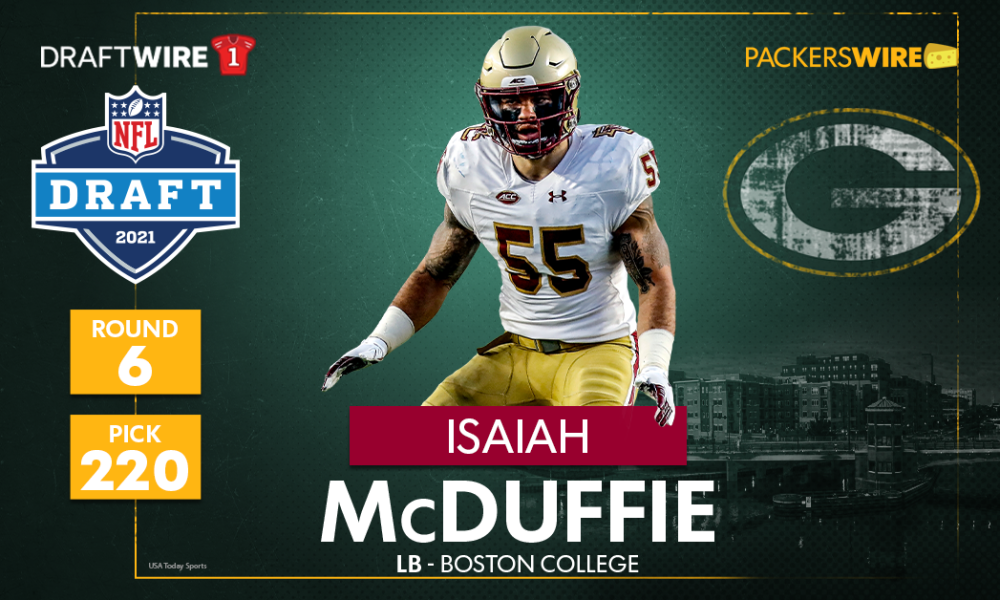 The Packers did not have a big need at inside linebacker, but needed some depth. That is why they drafted Isaiah McDuffie to provide competition and depth for the Packers at inside linebacker. McDuffie has lots of hard hitting ability and flies to the ball almost every play. Despite that, he is too inconsistent the main reason he fell far in the draft. He will compete for playing time, but might just be on special teams and be a backup. He will most likely be a depth piece for the Packers as they needed more players in that linebacker room and got it in McDuffie.

Expect Kylin Hill to Be the Third Running Back 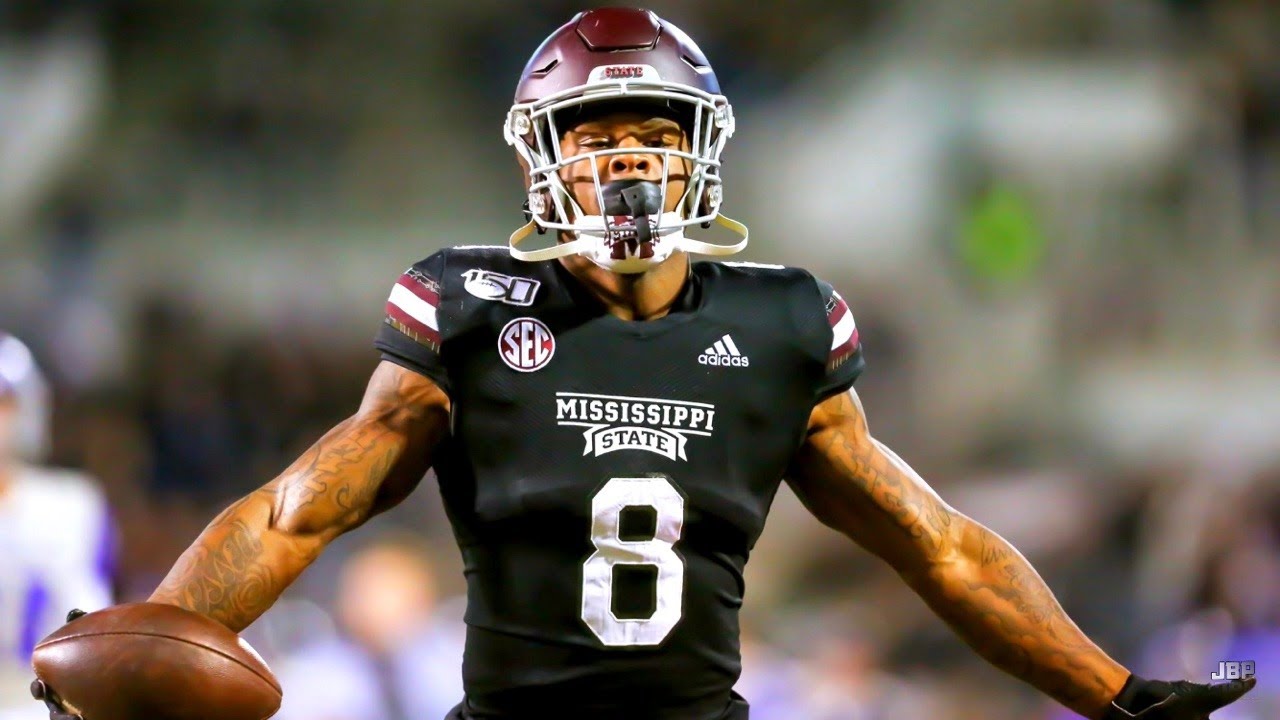 The Packers could use a third down running back to compliment Aaron Jones and AJ Dillion. That is why the Packers drafted Kylin Hill. He is a dynamic back that can be a change of pace in the Packers backfield. That will make the Packers offense even more dangerous. Matt LaFleur loves utilizing running backs in his offense and Hill will be similar to a Jamal Williams . He will be effective in the passing game and can take the load off Aaron Jones and AJ Dillion. Expect Hill to make the 53-man roster and be a major contributor for the Packers on offense this year.