Expect To See More Of This Player In Week 2 The analysis of the Packers 23-7 loss to the Vikings has begun. The Packers are no stranger to week 1 losses but it does require a quick turnaround to not begin the season off 0-2. In the postgame press conferences, both Matt LaFleur and Aaron Rodgers mentioned that we will be seeing Aaron Jones used a lot more in week 2 against the Bears.

Both Matt LaFleur and Aaron Rodgers outright said that they need to get Aaron Jones more touches — whether that’s via the run or the pass doesn’t matter. I figure that’s going to be a pretty significant component in the Packers’ gameplan a week from tonight.

Aaron Jones is usually a huge part of the Packers offense when they are without receivers. Yet, we saw Jones get a mere 8 touches. 8! I’m going to say it again, 8 touches for Jones. And it wasn’t like he was doing bad things with those touches. He had the best run of the day and his runs went for a good chunk of yards. Both Matt LaFleur and Aaron Rodgers emphasized in the postgame press conferences that Jones needed to be more involved. Whether it is in the run or the pass, expect Aaron Jones to be a big part of the week 2 game plan.

I love AJ Dillon. However, I kept being surprised at how much he was out there. I kept looking for Aaron Jones and waiting for him to have a drive where he and Rodgers just took over. It never really happened. Just when Jones would be getting a head of steam, they would put Dillon back in. I’m not sure if the Packers are trying to turn Dillon into the feature back this year but regardless the Packers need to find a way to get Jones more involved. 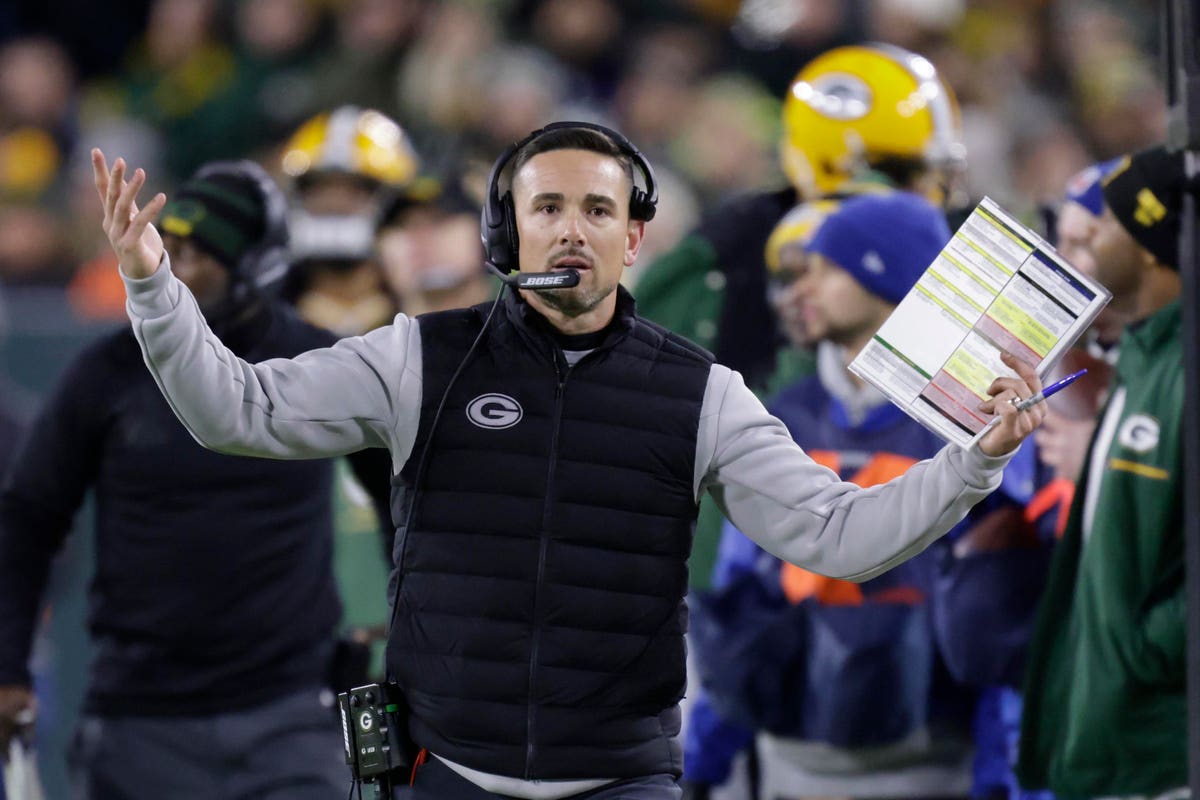 I put this one on Matt LaFleur. They have had success in the past targeting Jones. Aaron Jones has proven to be a reliable target for Aaron Rodgers. It was great to hear LaFleur admit that Jones needed to get more touches. If that is so obvious, why was it not obvious in the 3rd quarter of this game? Why wasn’t the game plan to get Jones 20 touches minimum? This feels like such a missed opportunity. It’s week 1 and the season is just beginning. I just feel like the Packers left something on the table. For as bad as they played, if one or two plays go their way, they might have won. I’m disappointed that LaFleur and the coaching staff missed on the week 1 strategy.

Let me firmly plant my flag in the “not panicking” hill. Last year’s week 1 was way worse. The Packers were in this game. LaFleur is a perfect 9-0 in the regular season after a loss. I expect to see more Aaron Jones in week 2 as well as some other adjustments to be made. This season may be filled with more growing pains but the Packers will be just fine.