Do The Packers Have The Best Running Back Group In The NFL? The Packers may indeed have something on offense that no one is talking about. That is  the best running back group in the NFL. The talk is that Aaron Rodgers needs more help and weapons on offense. Rodgers has that because a rushing attack will keep defenses off balance. Here are the players in the running back room.

Aaron Jones- Arguably the Best Running Back in the NFL

Known as the other Aaron on the team, Aaron Jones is one of the best running backs in the NFL. A fifth round pick from the 2017 NFL Draft has come a long way. Aaron Jones and Jim Brown are the only backs to have averaged 5.00 plus yards per carry in their first four seasons in the NFL. In addition, Jones has had double digit touchdowns and rushed for 1000+ yards in back to back seasons. Jones is a threat in the passing game as well. Expect another really big season from Aaron Jones this season.

AJ Dillion- Can Create a One-Two Punch with Aaron Jones

AJ Dillion was picked in the second round of the 2020 NFL Draft. Even though he is considered a reach, AJ Dillion can indeed be a really good running back. He brings a physicality to the Packers offense, something they have lacked for a while. He did not have a lot of carries his rookie year, as he was learning, and missed games due to testing positive for COVID-19. His breakout game against the Tennessee Titans showed what a dominant running back he can be. If Dillion can make that second jump, along with Aaron Jones, the Packers offense can definitely be scary this season. 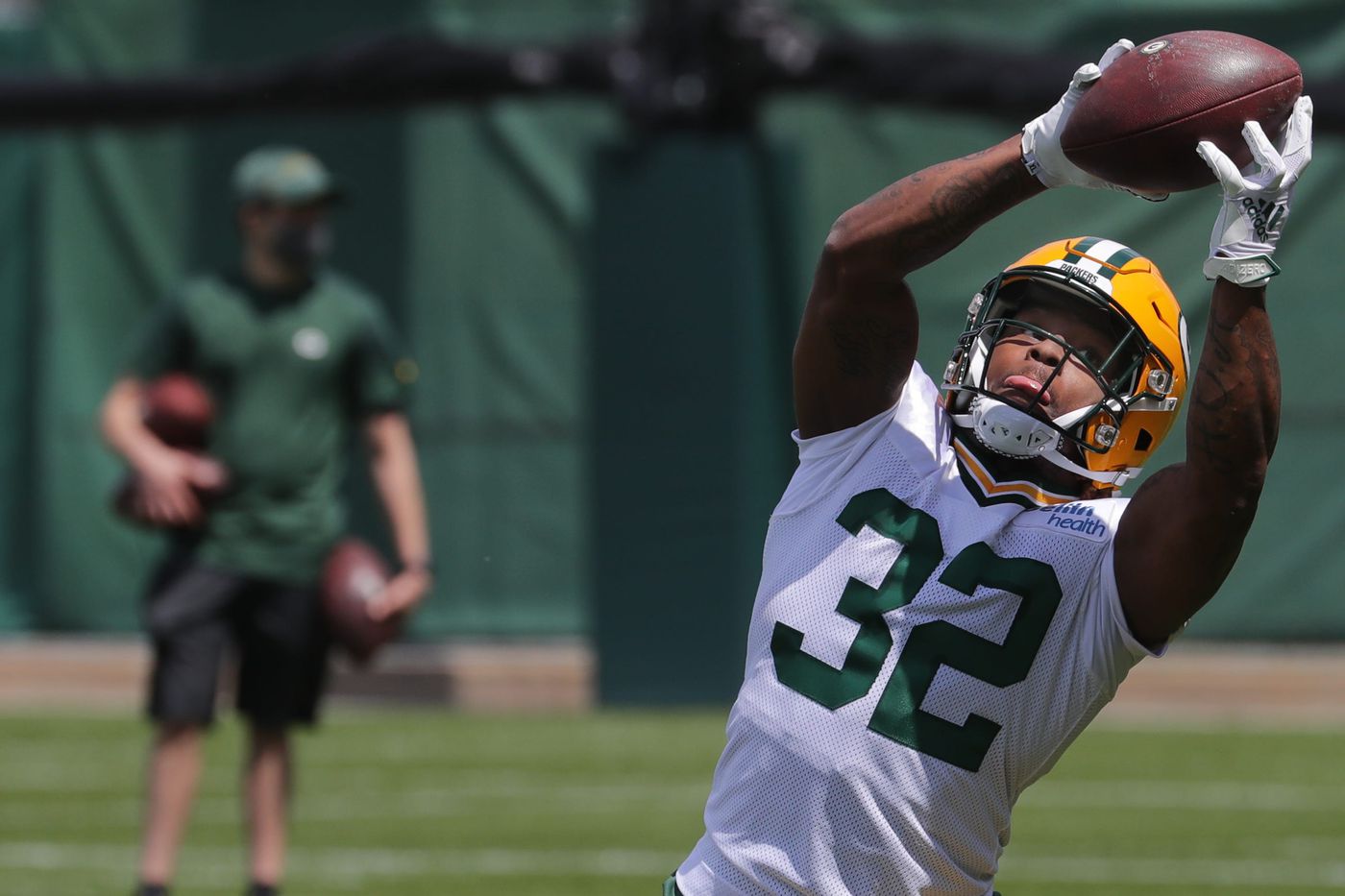 An interesting player to watch this season for the Packers is running back Kylin Hill. Hill was the last pick of the 2021 NFL draft for the Packers. He showed a lot of ability at Mississippi State, but opted out from the 2020 season due to COVID-19. Hill might be a steal as he can be that change of pace back the Packers can use behind Aaron Jones and AJ Dillion. Matt Lafleur loves to use his running backs in the passing game and Hill clearly fits the bill. He can also be used in motion and play in Tyler Ervin’s role from last year. In addition Hill has a chance to play on special teams as a returner. Kylin Hill can be another weapon in the backfield that can make this offense really dangerous.