The final week of the NFL regular season is here. The Green Bay Packers (8-8) had a dominant performance in Week 17 against the Vikings. Now that the playoffs are approaching, the Packers have one job left and that is to beat their NFC North rival in the Detroit Lions (8-8). Simply put if they beat Detroit, the Packers make the playoffs. It is all on the line for Green Bay in Week 18.

The last meeting in Detroit did not go as planned for Green Bay. In Week 9, the Packers lost by a score of 15-9 to the Lions. Truthfully the Packers were still trying to find their chemistry more so on offense. But the defense had their own struggles as well.

Recently, the Packers have been locked in on every phase of their game for the last four weeks. Now it is time to put it all together and leave it all on the field against Detroit.

Last week the Lions were able to steamroll the Bears in Detroit. They won by a score of 41-10. Lions QB Jared Goff went 21-29 for 255 yards and three touchdowns. Starting running back Jamaal Williams scored one rushing touchdown on the ground with 22 carries for 144 yards. Backup running back D’Andre Swift scored the only other touchdown in the running game on 11 carries for 78 yards. 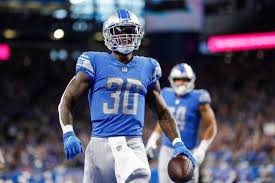 The Packers will have to play great run defense against their former teammate this week. Williams is a downhill runner with great power and physicality.

The Packers held the Vikings’ offense to 17 points last week. Minnesota QB Kirk Cousins went 18-31 for 205 yards, one touchdown, and three interceptions. Safety Adrian Amos, Linebacker De’Vondre Campbell, and rookie linebacker Quay Walker each had eight tackles. Walker is continuously showing improvement with the time that he has been on the field. 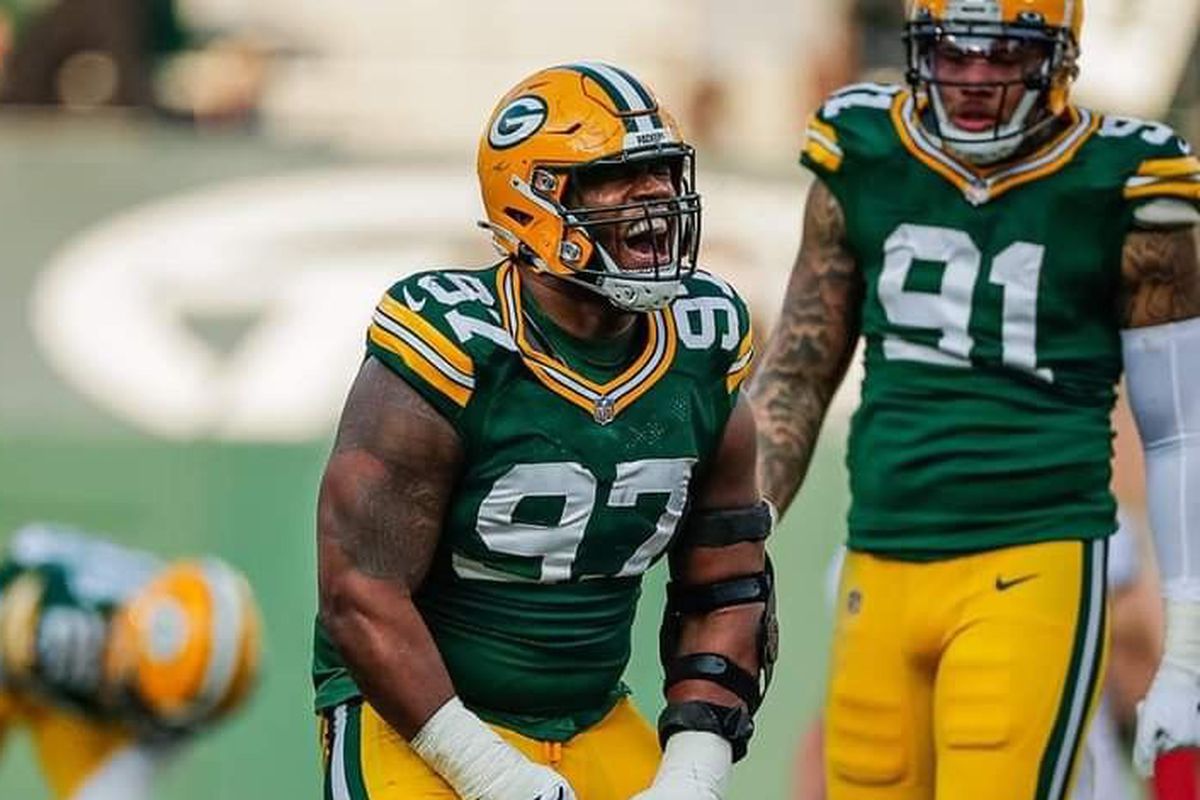 Defensive tackle Kenny Clark had a total of four tackles, one sack, and a forced fumble against Minnesota. Linebacker Justin Hollins also got in for a sack on the Vikings quarterback during the game. The three interceptions thrown by Kirk Cousins were a surprise to many.

Packers safety Darnell Savage picked one off for a 75-yard return touchdown. Adrian Amos and Rudy Ford were able to snag the other two interceptions for the Packers’ secondary. This was a bright spot for the Packers against the Vikings. Hopefully, the defense can keep the same energy and intensity against the Lions this week. It will be a huge boost to help the Packers’ chances.

Detroit only gave up ten points to the Chicago Bears a week ago. Justin Fields went 7-21 for 75 yards, one touchdown, and one interception. Fields was the leading rusher with ten carries for 132 yards. The Bears combined for 200 yards on 22 carries. Wide receiver Cole Kmet scored the only touchdown for the Bears catching two passes for 27 yards. 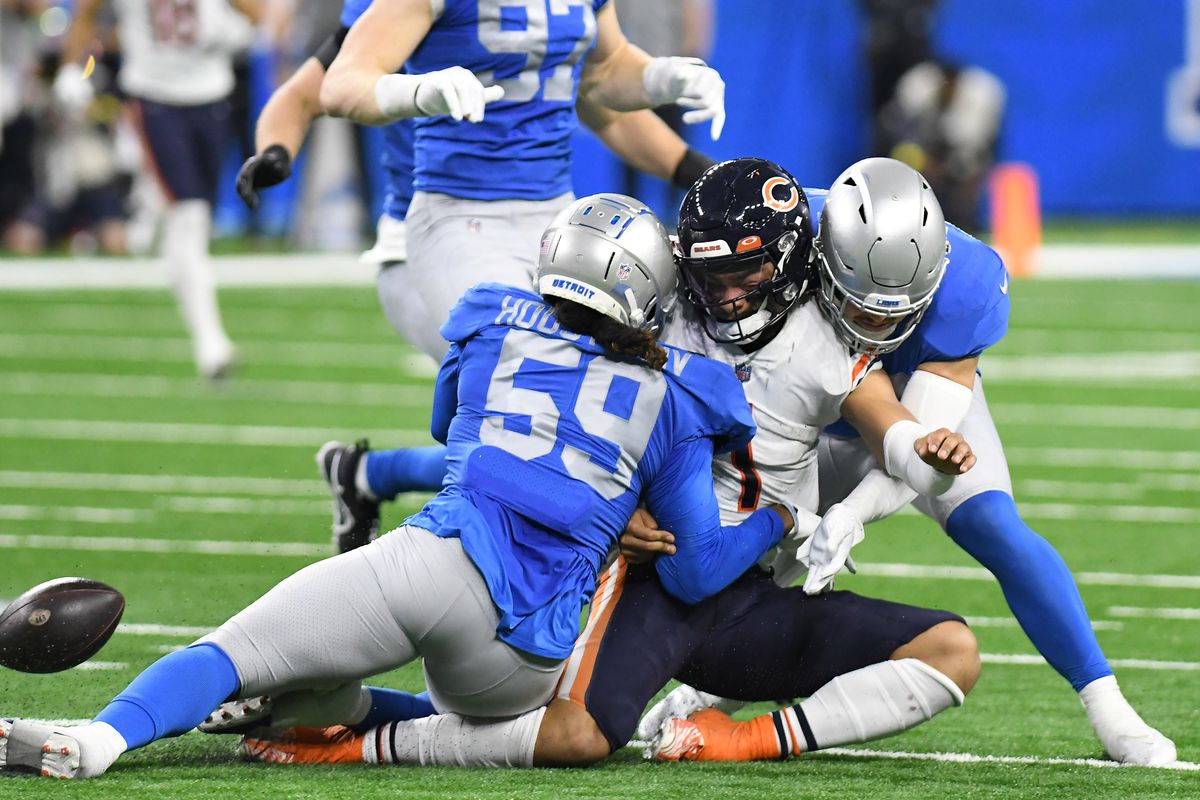 Lions linebacker Alex Anzalone was the leading tackler with a total of 7 (four solo). The defense sacked the Bears quarterback seven times throughout the game. Rookie defensive end Aidan Hutchinson grabbed one interception with a half sack. Linebacker James Houston was able to sack Fields three times. Along with Josh Paschal who had two sacks.

Green Bay will need to provide excellent pass protection for Rodgers. The Lions’ defense has an aggressive front with linebackers who like to pursue the quarterback. Their secondary is tough with some good skills as well.

The Packers beat the Vikings by a score of 41-17. Aaron Rodgers went 15-24 for 159 yards and one touchdown. He was able to scramble for a 3-yard rushing touchdown late in the game. Starting running back Aaron Jones was the leading rusher with 14 carries for 111 yards. Backup running back AJ Dillon scored once during the game with consequently just 12 carries for 41 yards. 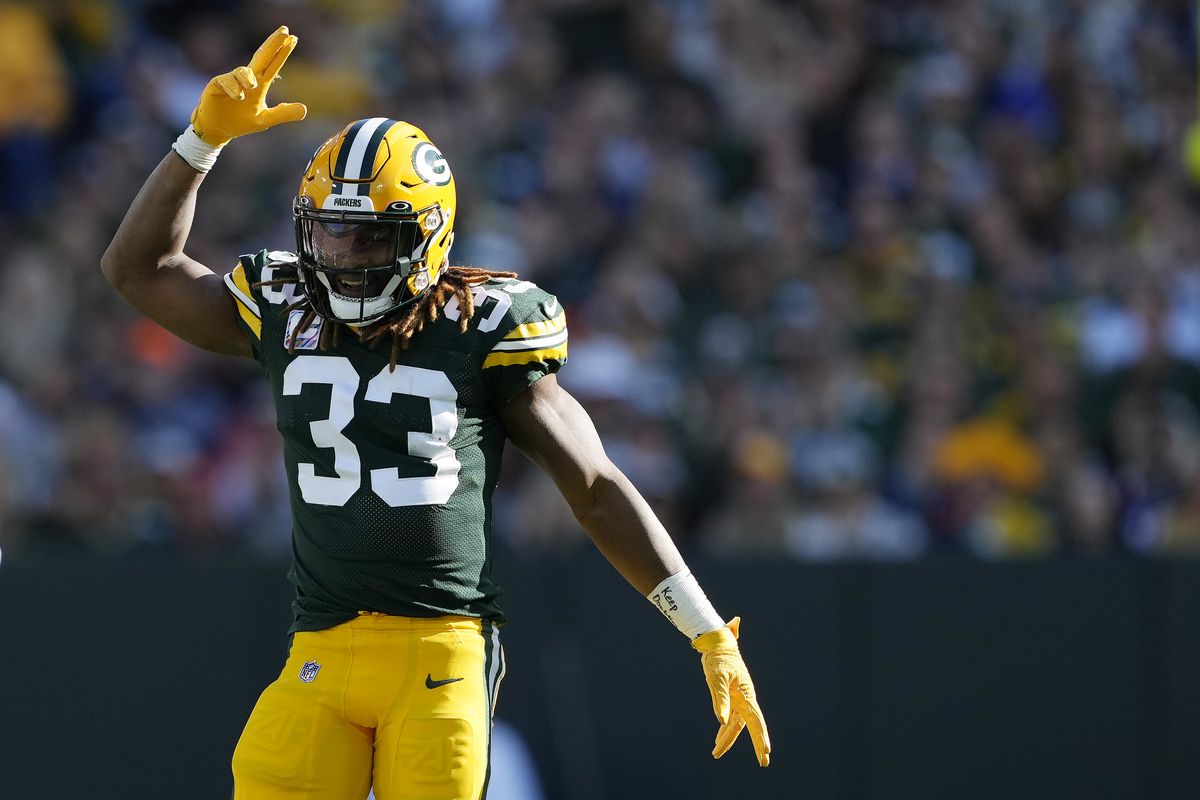 Wide receiver Allen Lazard was the top pass-catcher with five receptions for 59 yards. Tight end Robert Tonyan brought in the only touchdown pass for the Packers. Tonyan had three catches for 52 yards. The Packers receivers’ will have to get more involved on offense in order to beat the Lions on Sunday night.

Both teams will be playing for a spot in the playoffs. Home-field advantage will be a big help for Green Bay in the final regular season game this week. Now on each side, it is either win or go home!

The Green Bay Packers will host the Detroit Lions at Lambeau Field on Sunday Night! The game will be televised on NBC!