Now that the Green Bay Packers have wrapped up their preseason games, it is time to focus on the regular season. The 2021 season may be the Last Dance for numerous players in Green Bay, namely Aaron Rodgers and Davante Adams. Both situations have been highly publicized during the offseason. What makes Adams’ different, though, is that he is not under contract for next season. Playing in a contract year usually means big production from players, and it will be no different for Adams. That being said, here are three bold predictions for the Packers’ number one receiver in 2021. 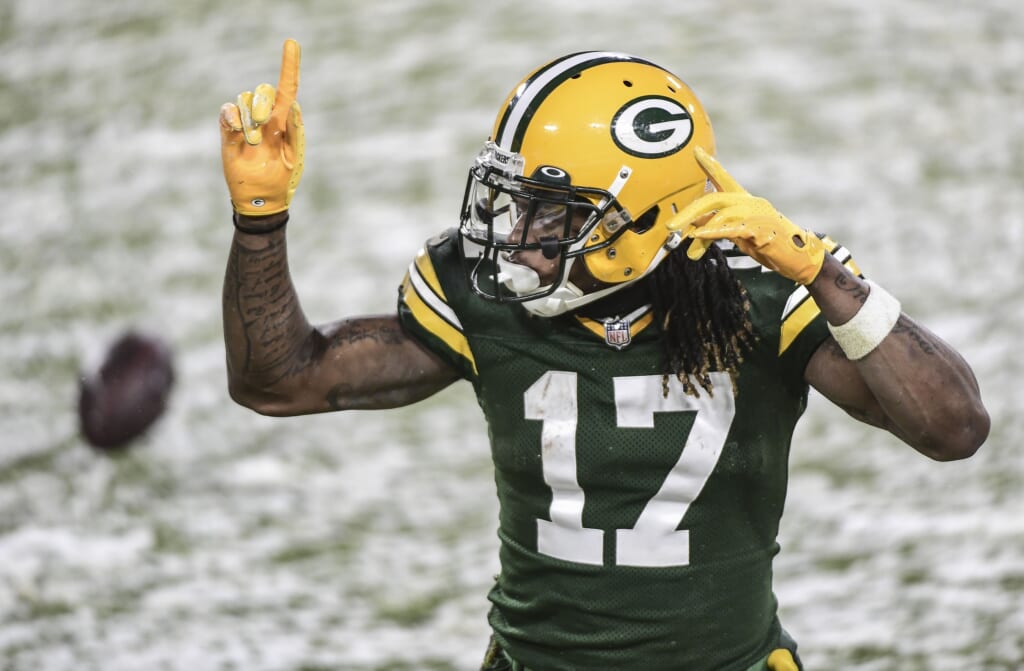 This season, the NFL has expanded the regular season from 16 to 17 games. Adams is in his age 29 season and is still at the peak of his game. With Aaron Rodgers, the reigning MVP, throwing him the ball, there is no doubt that this is going to be the best year of Adams’ career. In fact, 1,500 may be on the low end of his season total.

Bold Prediction #2- Adams Will Have 20 Touchdowns

Last season, Davante Adams tied the Packers’ franchise record with 18 receiving touchdowns. Had he not missed two games, he may have broken it.

This season, with 17 games, there is no reason to think that Adams will not continue his dominance. After all, he is the best route runner in the NFL. With few weaknesses in his game, he is nearly impossible to cover. As Rodgers’ top receiving target no matter what the situation is, Adams will have plenty of opportunities to score.

Bold Prediction #3- Adams Will Re-Sign with the Packers

Is this wishful thinking or an actual prediction? The answer is that it is probably both. The fact of the matter is, however, that the Packers have an excellent track record of successfully signing players they are serious about signing.

From his point of view, Adams is looking at the two-year $54 million extension that DeAndre Hopkins signed with the Cardinals. As such, he is looking for a deal north of $27 million per year. The Packers, on the other hand, view the contract as whole as what the highest paid receiver is. Including the extension, Hopkins is on a five-year $94.4 million deal. That carries an annual salary of $18.8 million per season. That is a fairly big gap.

However, this is a bold prediction, and we predict that the Packers and Adams will figure something out to keep him in Green Bay through his prime.